Organizations are increasingly challenged by fast-paced change and the pressures of doing business in the “Digital Age.” Automation and robotics are changing both the nature of the work people do and how they do it. The ability to connect and collaborate with colleagues to solve difficult problems is a differentiator, and coaching-based solutions are proving popular ways of developing these skills. In particular, coaching people together in groups helps improve business performance.

To begin, it’s key to understand the context for this trend. The 2016 “Ridler Report,” an analysis of coaching trends, found that 32% of organizations were already offering group coaching, and 47% were considering using it in the following three years. In one case study cited in the report, pest control company Rentokil had one of its most successful years and believed its key leadership development program, a blended learning approach that included group coaching, contributed to those results.

What Is Group Coaching?

The term “group coaching” gained popularity in the late 2000s. The concept has been around for many years, beginning with Reg Revans’ action-based learning sets. In the book “How to Create a Coaching Culture,” my co-author Gillian Jones and I adapted a definition of individual coaching to create a simple group coaching definition:

“A small-group conversation where the coach acts as the facilitator to the participants, so that they learn, gain insight and take action toward a specific and agreed outcome.”

“Team coaching” has also become a popular term, and it is sometimes confused with group coaching. Team coaching is usually a group of individuals working together on a shared business outcome who are likely to continue working together long after the coaching assignment has finished. For example, agile teams work together for the duration of a development project, and the agile coach works with the team until it is ready to coach itself.

In group coaching, the individuals being coached can be from different parts of the organization, working different roles (usually at the same level), and they typically work together only during the coaching sessions. Their day-to-day to work is usually unconnected. However, participants may meet between sessions for peer-to-peer coaching and support and to keep each other accountable.

The Benefits of Group Coaching

Organizations considering group coaching must first identify how they will measure the benefits of this approach. Participants will also have benefits they’re seeking from the group coaching experience. These expectations form the basis of an agreement on what the coaching seeks to achieve.

Organizations might consider group coaching as part of a wider change initiative, to support the people impacted by the change, or to sustain learning after a training program. During group coaching sessions, individuals can practice feedback skills, role-play situations they’re currently dealing with, share thoughts about a change or talk through an idea they want to implement.

Consider group coaching as part of a change initiative, to support the people impacted by the change, or to sustain learning.

For example, for group coaching aimed at sustaining learning following a training program, here is a suggested list of outcomes:

There are three key factors organizations should consider before introducing group coaching: purpose, principles and practice.

Group coaching is a time and energy commitment, so having a clear purpose is fundamental to success. What is the reason you are considering group coaching? For example, Rentokil decided to use group coaching as part of a blended learning approach for its key leadership development program.

Group coaching is a time and energy commitment, so having a clear purpose is fundamental to success.

It is possible to achieve improved results through group coaching. Integrating this approach with other tactics provides coherence and helps make sense of where it fits in the bigger picture.

“Start small and scale up” is the watchword with group coaching. Testing it as part of a self-contained blended learning approach first will provide useful data and learning points to iterate and improve. Having a clear purpose sets up the coaching groups for success and gives them confidence that the organization has skin in the game to support the program and commit resources to it.

There’s a reason why more organizations are seeking group coaching as an option. In a fast-paced world, using the power of many brains working together just makes sense.

In a fast-paced world, using the power of many brains working together just makes sense. 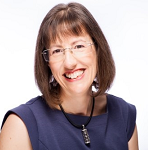 Ro Gorell is a co-director of Change Optimised, an organization development consultancy. She specializes in adaptive change coaching and the science of change and is the author of several books, including “Group Coaching.”