Many people are hesitant to give negative feedback, worrying that it will create defensiveness or damage the other person or the relationship. Those concerns cause them to use the “feedback sandwich”: They start with something positive (“You are really a good worker”), then share the negative message (“But you push your own area and don’t consider others”) and end with a positive statement (“But I’m sure that you care about your colleagues”).

The hope is that the initial positive will make the other person receptive to the real message, and it tries to end with a positive in case he or she feels bad. The problem is that this approach inevitably fails — and, even worse, has dysfunctional consequences. It fails, because the other person knows what you are up to. At the first statement, even though it sounds positive, their defenses go up. They are waiting for the “but.”

Negative Feedback: There’s No Such Thing

Embedded in this approach is the assumption that such feedback is negative. However, when providing feedback on behavior, there is no such thing as negative feedback. We all have control over our actions, and behavioral feedback carries the implication that we can change if we want to.

When providing feedback on behavior, there is no such thing as negative feedback.

Feedback is information, and the more information that we have, the more choices we have. If we are doing something that is annoying others or is getting in our way, isn’t it good to know about it? There is affirming feedback, and there is developmental feedback — but the latter isn’t negative, and seeing it in a new way is not just a linguistic change but a fundamental change in mindset.

The Value of Specific Affirmative Feedback

There is another cost to the feedback sandwich: It invalidates affirmative feedback. Telling someone what they do well may make them feel warm and fuzzy, but that feeling is not the most important part. We may know in general what we do well, but do we know the specific behavior and the specific situation?

Telling someone, “Great job!” misses the mark. Yes, they feel good, but what have they learned? Affirmative feedback must be behaviorally specific. How much more useful it is to say, as you walk out of a meeting, “Great job answering questions after your presentation! You didn’t appear defensive, and you spoke directly to the essence of what they asked.”

When you want to give somebody developmental feedback (not negative feedback!), how can you do so without falling into the trap of the feedback sandwich?

Firstly, stick to the behavior and your reaction. In any interaction, there are three realities: the other person’s intention, the other person’s actions (including words, tone and non-verbal communication) and the impact of that behavior (including your feelings and how you are likely to respond). You only know the second and third realities; likewise, the other person knows only the first and second but has to know the third in order to be effective. They may intend to be persuasive, but do they tend to go on and on, losing your attention? If they don’t know the impact of their verboseness, they are shooting in the dark — and you don’t hit many targets that way.

The second important aspect of successful feedback is whether you can speak to the other person’s best interest. If Phil seems deeply invested in having others understand his position, but his droning on about the subject turns others off, doesn’t he want to know? At Stanford, we say that “feedback is a gift.” When you convey that you are giving it not just because you are bothered but because it can help the other person, receptiveness is higher.

This approach helps you be more direct and eliminates the need for the feedback sandwich: “Phil, when you give me all this detail about your new idea, I start to feel overwhelmed and lost interest. You would have more influence with me if you could more quickly cut to the chase.”

Why Is It So Difficult?

Why don’t people use this approach to feedback as often as they should? Partly, it’s because of the mental model that such feedback is negative and hurtful. But it’s also due to the story we tell ourselves when somebody acts in ways that are annoying or puzzling. It is a natural tendency to try and understand others, and in doing so, we move from our area of expertise to what we don’t know.

We discussed three realities — the other person’s motives and intentions, their behavior, and the effect of their behavior on you. Think of a tennis net between the first and second reality. In tennis, you can’t play in the other player’s backcourt — but so often, when it comes to feedback, we are all over the other’s backcourt. We say, “You just want to dominate,” “You think your area is more important than others” or, “You think you know how to do everything.” No wonder such feedback causes defensiveness! In addition, it is a low-influence approach. All the other person has to say is, “No, I don’t,” and you are at an impasse.

Sticking with what you know — the observable behavior and the impact on you — creates less defensiveness and is indisputable. If you say, “Jane Anne, when you only talk about your ideas and ignore mine, as has occurred four times already, I feel discounted and resistant to your ideas,” Jane Anne can’t say, “No you don’t!” She would be over your net!

Another reason we don’t use this feedback model as successfully as we might is that we tend to understate the impact of others’ behavior. We might say that we are bothered, but often, there are many more impactful emotions. Emotions tell us how bothered or excited we are; there is a big difference between saying that we are “slightly ticket,” “annoyed” or “upset” and saying that we are “really mad.” Most people have too limited a catalog of feelings.

In contrast to the feedback sandwich, the approach to feedback recommended here will help you respond productively when somebody is over the net. Instead of saying, “David, you just want to dominate!”, you can help David keep his defensiveness in check, so that he can say, “Wow, that’s not my intention [reality 1], but clearly I’m doing something that is giving you that impression [reality 2]. What am I doing?”

“Well, you interrupt a lot, and I resent that” (reality 3). With this response, you have pushed David back over the net to his court and turned an accusation into a learning experience.

Feedback starts a conversation. Each of us initially has only two out of the three realities. You can use this feedback model to move from accusation and defensiveness to sharing reality and engaging in joint problem-solving.

Stick to the behavior and your reaction. 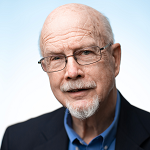 Dr. David Bradford is the Eugene O’Kelly II Senior Lecturer Emeritus in Leadership at Stanford Graduate School of Business, where he helped develop interpersonal dynamics (“Touchy Feely”) as well as much of the School’s leadership curriculum. He is the author of numerous books, including “Managing for Excellence,” “Influence Without Authority” and “Power Up.” His newest book is “Connect: Building Exceptional Relationships with Family, Friends, and Colleagues” (out now from Penguin Random House), co-written with Dr. Carole Robin. He lives in Berkeley, California, with his wife of more than 50 years.

Testing Up or Testing Out? Why Both Approaches Have a Place in Corporate Learning