The result of all this bad behavior is a lot of stress, a lot of disengagement and a lot of lost productivity. According to the study, the loss in productivity for U.S. companies because of employees who call in sick when they don’t feel like going to work — often to avoid dealing with toxic people in the workplace — is about $431 billion per year.

What’s the reason for these toxic workplaces? In many cases, it’s because managers and others in a position to diffuse toxic behavior tolerate it or ignore it altogether. The good news is that there are steps you can take right now to cure the toxicity that lurks in your organization. Here are five:

1. Disconnect From the Emotional Moment

When we’re in the presence of a toxic person who’s engaged in bad behavior, it’s natural for us to become emotional in the heat of the moment. But that response is exactly what enables toxic people to take their toll on their co-workers and on the organization as a whole. The best way to neutralize someone who’s toxic is to step back and disconnect from the emotional moment. Be rational, and see the bad behavior for what it is: toxic and something not to be tolerated.

2. Refuse to Play Their Game

Toxic people are experts at pushing their victims’ buttons. They’re hoping for a response, and in most cases, they get it. If they don’t, they’ll keep pushing those buttons — again and again. The cure for this cycle is to refuse to play their game. After a while, the toxic person will become bored and move on.

To neutralize someone who’s toxic, you need to call out the bad behavior.

Bad behavior rarely goes away by itself. To neutralize someone who’s toxic, you need to call out the bad behavior — describing what it is and why it’s bad for the organization and explaining that it won’t be tolerated. Then, be sure to follow your words with action. If a toxic person continues to behave badly after you challenge their behavior, then you need to decide if you should keep them around. Chances are, they’re causing more problems than they’re worth.

Too many managers and executives tolerate bad behavior in the people who work for them. For example, someone might be toxic but also a high performer — a top salesperson or the best software coder in the organization — so leaders excuse his or her behavior.

The problem is that when you ignore bad behavior, you’re telling others that it is acceptable. When the bad behavior continues, your good people might decide it’s time to find a new job — one that offers a less toxic environment. When someone behaves badly and refuses to stop, despite your best efforts, don’t hesitate to let him or her go. The rest of your team — and perhaps even your customers and vendors — will appreciate it.

Take a good look at yourself. Are you engaging in the kinds of behaviors that make others in your workplace label you as a toxic person? Be self-aware, and watch out for situations that bring out your own “jerkish” behavior. For example, you might find that whenever you’re under a lot of stress, you become short with your co-workers or the people who work for you. You might even start yelling them.

If you’re the problem, first, become aware of it. Then, do whatever it takes to stop your own toxic behavior. Don’t hesitate to ask others in your organization to warn you when you’re crossing the line.

The best way to deal with a toxic workplace is to address it head-on. Don’t ignore it, don’t sweep it under the rug and don’t hope it just goes away. It probably won’t — unless you do something about it.

Be self-aware, and watch out for situations that bring out your own “jerkish” behavior. 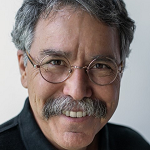 Peter Economy is a Wall Street Journal-bestselling ghostwriter and author of more than 100 books (with more than 3 million copies sold), including “Wait, I’m Working with Who?!?” and “Wait, I’m the Boss?!?” He’s also the “Leadership Guy” at Inc.com, which averages over 500,000 page views per month for his more than 1,500 columns published to date.

Digital Coaching: The Performance Tool Your Organization Needs to Thrive