I was at the top of my design firm and seemingly invincible. But I also just so happened to be running a division that was struggling and on the verge of failure. To me, saving the office meant hitting the road and going out into the world to talk about our work and showcase what we were capable of. In retrospect, what the office probably needed more was someone to stay at home and tend to the needs and concerns of the employees.

So, I went to a TEDWomen conference. It was something I’ll never regret, as I met so many inspiring people and wrote the first part of my book during that week. But I knew that the office gossip was fomenting while I was away and that being gone that week would probably be my demise.

The week I came back, they announced that I would be stepping down from my role. I’d been canceled. The gossip from the weeks prior had spread and became reality while I hadn’t done anything to stem it.

I suspect this scene, or at least a few elements of it, might feel familiar to many leaders and managers reading this blog. Gossip, once it picks up momentum in any office setting, can feel impossible to stop. It also often has a toxic effect on the company culture as a whole.

Telling your employees and colleagues, “Don’t gossip!” is not exactly helpful direction. Gossip is a deep-seated human impulse. Every culture in every civilization has gossiped. So, I went looking for a better alternative. In the process, I stumbled upon something called pro-social gossip — the idea of cultivating a culture of positive or value-driven gossip.

The most compelling example I know of pro-social gossip is from a Peruvian activist who used it to curb domestic abuse in her town. She told me that the mothers of the town met every morning to do chores and work and passed the time with local gossip. Through those conversations, the identities of abusive men became clear.

She then took it upon herself to visit these men individually and gossiped to them about the other men in the village who were abusing their wives. She would say “Weak, no?”, suggesting that this behavior was cowardly. In this way, she was tapping into their insecurities and playing on cultural constructs about male pride and shame. The gossip spread through town, and much of the abuse subsided soon thereafter.

After years of research into how to design and create the best conversations, I have gathered four tips that I recommend to every leader, no matter his or her business, to help foster pro-social gossiping in the workplace or to stem the tide of a culture of toxic gossip that has already taken hold:

Call a colleague, someone you like and trust, out of the blue. Let them know you were just thinking about them and wanted to check in. Vent to them, or be a safe sounding board for them to vent to you. The surprise nature of this call will disarm the person, and the phone provides extra intimacy that makes it feel like your conversation is protected — which it should be.

Create inside jokes or dialogue via texting during a meeting.

This is a tricky one, but I often find that teams do it on their own without prompting: Create inside jokes or dialogue via texting during a meeting. As a leader, the key is not to discourage it but to make sure these texts are fun-natured and good-hearted and to create “soft” rules that help team members know that spiteful side-texting is not funny or acceptable. In this way, a team or company can create a light-hearted gossip culture instead of a toxic one.

You might be surprised how much work an emoji can do for you when it comes to pro-social gossip. Emojis are childish and fun, so they often take the intensity or aggression out of a potentially heated situation. They’re also the perfect way to express connotation without being explicit. A “facepalm” emoji after a screw-up shows humility without needing to talk about it too much. Whenever I feel a text-based conversation slipping sideways or becoming too intense, I always default to emojis to lighten the mood and ease the tension.

Many people feel that written communication is best to keep a paper trail of what everyone says in case anything ever becomes litigious or goes off the rail. But we lose so much in text. We need to keep as much intonation, body language and non-verbal dialogue in our important conversations as possible. Anything important should be kept out of instant messages, emails and texts. If you need a paper trail, have the conversation on Zoom, and record it.

Looking back, perhaps there was nothing I could have done to stop what was coming at the design firm. And don’t feel bad for me; I ended up taking a month off and traveled around Australia. When I came back to the states, Fast Company had called me one of its “Ten Leaders to Watch” for the year, and I received a text from my former boss asking if I was coming back. I already knew the answer, though: I quit and set out to finish my book.

My story is full of soft lessons on leadership and trying not to let “getting canceled” cancel your spirit. But I can’t help but wonder what would have happened had I and the company done a better job of cultivating an environment of pro-social gossip. These informal and social dynamics of a company — dynamics that are hard to capture on a balance sheet or describe clearly in a monthly review — make the difference between a company’s success and its dysfunction, the difference between a team working hard toward a goal and learning together and a group of individuals all hurrying to book their next flight to Australia.

You might be surprised how much work an emoji can do for you when it comes to pro-social gossip. 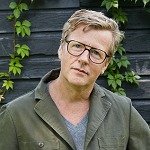 Fred Dust is the founder of Making Conversation, LLC and works at the intersection of business, society and creativity. Using the methodology in his book “Making Conversation,” he has been working as the senior dialogue designer with The Rockefeller Foundation to explore the future of pressing global needs and with The Einhorn Collaborative and other foundations to host constructive dialogue with leaders ranging from David Brooks, Reverend Jenn Bailey and Vivek Murthy to rebuild human connection in a climate of widespread polarization, cynicism and disruption. He is also proud to be a faculty member at the Esalen Institute.