For leaders looking to maximize employee performance, mindset is everything. Think back to when you first learned how to ride a bike. Initially, you probably experienced a lot of struggle and limited success — but those little moments of success were pivotal, because they made your brain believe you could actually ride a bike. The minute you realized you could be successful at it, you tried harder and did more until you were eventually riding that bike like a pro.

You noticed little moments of success, you believed in yourself and you assumed the identity of a high performer. Only then did you put in the extra effort to achieve high performance. Your identity as a success kicked in before you started doing well, and then your own high expectations pushed you to continue growing and improving.

In human development, this personal growth mindset is the difference between people who give up and people who keep pushing past difficulty to attain excellence.

In the workplace, leaders play a critical role in cultivating a mindset that sparks radical growth. Employees are more likely to assume the identity of top performers and achieve their full potential when they believe they can do it. With that goal in mind, here are three ways to encourage a personal growth mindset to ignite high performance on your team:

1. Set an Expectation of Success

One of my former clients was a company that needed to downsize its staff prior to making an initial public offering (IPO). As we brainstormed which key behaviors would determine who would stay and who would go, we landed upon several that boiled down to one: going above and beyond.

However, before the company executed the reduction in force, its leaders published an employee newsletter focused on how much they valued team members who went above and beyond. They promoted the idea, they gave specific examples and they made it seem like peak performance was the norm. Before the leadership team knew it, everyone was going above and beyond his or her job description. It became nearly impossible to make layoffs, because so many employees had stepped up.

By setting an expectation of excellence, the company had unwittingly caused scaled growth in performance across the organization.

To promote radical growth within your team, lay the groundwork by creating an aspirational narrative that enables team members to assume the identity of success. Make it clear to your team members that they are more hard-working, more productive and more successful than anyone else out there (whether it’s true yet or not). Highlight the high-performer behaviors that you want to see, and prominently display examples of people who go above and beyond. Think of it as positive peer pressure.

Start with the way you onboard. When we begin a new job, we subconsciously try to fit in by aligning our behavior with the average performers in the organization. Counteract this tendency by pairing new employees with top performers during their first week on the job. They’ll assume those employees’ behavior is how everyone in the organization operates and will index their own behaviors to them. The more you can emphasize the specific choices top performers make, the more others will conform to those behaviors.

In human development, this personal growth mindset is the difference between people who give up and people who keep pushing.

Think back to that first bike ride again. Imagine that you fell off 10 times the first day but only nine times the second. If you never counted, how would you have known you improved? You might have focused on all the times you failed rather than that one, crucial moment you succeeded.

When we fail to measure success in terms of incremental improvement, we lose opportunities not only to grow people but also for them to gain the self-confidence essential to driving their own growth. So much momentum goes overlooked because we don’t track or measure progress.

Here, business leaders can learn from skilled classroom teachers. In many classrooms, students can start the year reading four to five grade levels behind. If teachers only noted which students were on grade level and which weren’t, many students would feel hopeless and give up even trying.

Instead, savvy teachers know the power of tracking growth. If students are actually growing one-third of a year every two months, they need to recognize their successes along the way so their self-confidence can fuel their effort. Likewise, teachers need to know that what they’re doing is working — or, if it’s not, to adapt a more successful strategy.

As a leader, if you only focus more on where an employee should be than on how they’re growing, you’re not seeing the bigger picture. Worse, you’re sabotaging the motivation and momentum they need to improve. Tracking growth provides valuable data that you can use to inform strategy, accelerate growth and improve performance.

Once you’ve set the expectation for success and are tracking growth, the next step is to use praise to amplify your results. What is recognized is repeated, so be attentive to the small but positive choices your employees make every day, and call them out.

When you fell off that bike, if a parent observed that you were actually doing 10% better than the day before and noted all the things you were doing right, how much more quickly would you have improved? If your new boss remarked on all the ways you went above and beyond your first day on the job, how much harder would you have pushed yourself to excel?

For underperforming employees, a quick acknowledgement of the tiniest positive choice can set off a virtuous cycle of improved performance. Write an email, pull them aside after a meeting or acknowledge them during a group setting. Their identity and standard for their own behavior will change as they receive more remarks on their wins than on their failures.

In only a few seconds, this praise can improve the dynamic of the manager/employee relationship and position team members for growth. Can you think of another leadership tactic that produces this kind of impact in such a short amount of time? It’s a no-brainer, but you’re likely missing out on the benefits if you’re not prioritizing it. Set time on your schedule to reflect on the people you directly manage and to send emails recognizing their wins (if you haven’t already). It doesn’t always matter what the content is, as long as the sentiment is specific and authentic.

When leaders express confidence in — and even an expectation of — team members’ ability to accomplish great things, and then recognize their progress along the way, it fuels a cycle of radical growth that ignites excellence.

A quick acknowledgement of the tiniest positive choice can set off a virtuous cycle of improved performance. 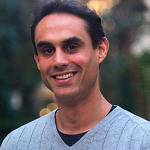 Benjamin Marcovitz is a champion for growth, leadership expert, and founder and chief executive officer of the Rise Institute.

How to Avoid the Perilous Conversational Bypass: 4 Types of Conversations to Understand and Master