Organizations hire people for their knowledge, skills and abilities — matching those individuals to their business needs. Everyone involved assumes and expects that the newcomer’s knowledge and past performance will transfer to their new group and setting.

But even with the best talent management processes, things go wrong. But when a newcomer underperforms or a rising star falters, it is assumed to be a problem with the individual, a poor fit, the person was over-promoted or they didn’t have the right skills after all.

No one considers it a failure of network strategy.

This is a bigger problem than in times gone by. Over the last 20 years, the number of companies that people worked for in the five years after college graduation has nearly doubled. People who graduated between 1986 and 1990 averaged 1.6 jobs; that number has steadily increased with those who graduated between 2006 and 2010 averaging nearly 2.85 jobs. The number of companies that people work for 5-to-10 years after graduating has increased as well. A January 2021 survey of 14,000 people in nine countries by the IBM Institute for Business Value found that about 20% of workers voluntarily changed employers in 2020 and more than 25% were looking to make a move in 2021.

But it is also a problem that people misdiagnose when focused too heavily on employee skills and experience alone. As work has become more and more collaborative in nature over the past two decades, successful moves aren’t as easy as they once were despite rising in frequency. It also happens in internal transfers which are increasing as well. As one example, Gartner surveys indicate that a full 46% of people promoted within their own companies underperform up to 18 months after those moves. They have the right skills and experience. They understand the company and their boss’s goals. They’ve been vetted for cultural fit. So why weren’t they able to quickly thrive in their new roles?

Networks are the invisible factor for success. Social capital — the advantage that is created based on the way people are connected to others — is the missing piece of the talent equation. It’s time to rethink onboarding and invest in new-role success well beyond the first 100 days.

Networks are the invisible factor for success.

Two Phases: From Striving to Thriving

By applying network analysis to the question of role transitions, companies can be more precise about the kinds of relationships that matter and when they should be developed. The most successful and committed long-term employees build a network with an initial focus on productivity and inclusion but then adjust their network investments to create efficiency and purpose. Think of this as a shift from “striving” to “thriving.”

With this information, talent leaders can target specific factors that have a proven impact on employee performance and retention as they craft onboarding and engagement programs.

New employees have two overriding needs: to perform and prove themselves to others and to acculturate and feel accepted by the organization.

Both needs are primarily satisfied through the set of relationships new hires establish with managers, experts, peers, mentors and other newcomers throughout the company. Building these cross-functional relationships over the first 12 months in a role sets newcomers up for later success.

Through onboarding and engagement practices, companies can help new hires build the set of connections that prompt early contribution and become integrated into the organization. This includes:

Years 2 and Beyond: Build networks for efficiency and purpose.

After the initial push to establish themselves in the organization, employees face different pressures and need to adjust their network strategy accordingly. The challenge is that networks designed for productivity and inclusion, which are critical for getting established, can undermine efficiency and purpose.

If the newcomer has been pulled into the organization and viewed as a highly valuable resource, they inevitably get over-utilized. They have many opportunities, their views are respected and they are in demand. While these new top performers may feel successful and accepted, they are likely to become overloaded, exhausted and frustrated.

While any single request may be relatively small and reasonable, the demands add up and become overwhelming. High-priority and purposeful work gets crowded out by volume and diversity of work. After months or years of this experience, these now-indispensable employees have low engagement and satisfaction scores. They are likely to leave the organization with their critical knowledge, disrupting workflows and lowering morale.

Companies can foster that shift through leadership, team and cultural practices, including:

By understanding networks and ensuring that newcomers cultivate networks in specific ways, organizations can boost social capital broadly and accelerate role transitions on a larger scale. 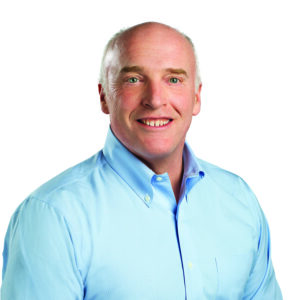 Rob Cross is the Edward A. Madden Professor of Global Leadership at Babson College, a co-founder and research director of the Connected Commons, and author of “Beyond Collaboration Overload: How to Work Smarter, Get Ahead, and Restore Your Well-Being.”

M&A in Corporate Training: Investments and Acquisitions of the Second Quarter of 2021