When discussing the pros and cons of 360-degree assessments, reactions tend to be polarizing. Some talent leaders are passionate advocates of the process, and they use 360-degree assessments each year for hundreds or thousands of their organization’s leaders. In other instances, 360s have been branded as useless. Or worse, they have outright been banned by higher-ups.

So, where does the truth lie? Are 360s like health supplements — they work for some but not for many? Or do 360-degree assessments have the power to help most leaders improve and grow? The answer, in many respects, depends less on the instrument itself and more on the process that is followed in capturing and delivering the feedback.

360-degree feedback, which has been in use since 1940, grew out of the use of a training method called “T-groups.” In this setting, participants met with their peers who were encouraged to share feedback about the participant in an open session that was facilitated by a moderator. Over the years, improvements were made to this method, and now the process is handled through software that gathers feedback through individual assessments that are completed by a group of raters that surround the participant.

Confidentiality has been introduced into the process by combining, where possible, feedback into constituent groups so that no one rater is singled out, except in the case of supervisors. Each rater’s perspectives are then combined into a comprehensive report that allows a participant to:

It’s All About the Process

So far, so good, right? A 360 seems like it has the potential to produce important, if not vital, feedback for leaders. So, why the vitriol? Because 360s expose our shortcomings, 360-degree feedback needs to be delivered in a way that inspires, and it needs to contain a mix of reinforcing and redirecting feedback so a leader can clearly visualize both their gaps and strengths.

Furthermore, most 360 participants find themselves navigating the SARA model. The SARA model describes the longitudinal, emotional journey a participant experiences as they interact with their 360-degree feedback. First, a leader may react with Shock that then moves into Anger. For those that have a negative view of the 360 process, their journey often stops here. Yet, the real benefits of a 360-degree assessment can only be obtained by plowing through next phase, Resistance, to finally arrive at Acceptance.

When talent leaders ensure that participants are guided and coached so they can fully accept and process their feedback, participant reviews are almost universally positive.

A 360-degree assessment has the potential to produce important, if not vital, feedback for leaders.

Why 360 Assessments Matter to Organizations and Leaders

For the organization, 360s are important for two reasons. First, they help measure the micro employee experience. The heart of a solid employee experience is the ever-important experience that happens at the team level, driven by the one-on-one relationships between leader and employees. Employees join organizations, but they often quit managers. 360-degree assessments are an effective, proven strategy to understand what’s happening at this micro level within an organization.

Second, 360 feedback yields a type of data that is different than what can be obtained via organizational-wide surveys. Organizational surveys solicit employees’ perceptions, attitudes and beliefs. Organizational surveys are vital in understanding sentiment. Yet, they cannot measure quantity. They cannot help us know the level of certain activities or behaviors that are happening within an organization’s various teams. A 360 assessment is unique in that it attempts to measure the extent to which positive or negative behaviors exist. This additional data perspective is key in fine tuning an organization’s people analytics programs.

In the context of leaders, they can experience many, if not all, of the following benefits:

Transformational change most often takes place when beliefs align with expectations. 360-degree feedback facilitates the alignment process by helping leaders see what is happening against the backdrop of what they are trying to accomplish. For this reason, and the others highlighted above, nearly one-third of all companies and more than 85% of Fortune 500 companies use some type of 360-degree feedback in their leadership development programs. These organizations know that 360 assessments are a valid and effective management tool, but only when carefully managed and overseen by competent talent professionals.

360 feedback yields a type of data that is different than what can be obtained via organizational-wide surveys. 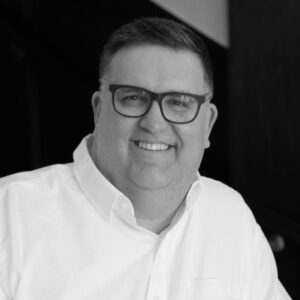