We create training so that performance will improve, but there has always been doubt about whether a lecture, video or even role-play will transfer to the messy reality of real-life performance. At the heart of this dilemma is the difference between knowing things and being able to do them — between abstract knowledge and skill.

There is a need for both; by understanding a skill abstractly, we can plan, we can reflect on what’s working and we can improve. But to actually do the skill, we must experience that doing, which is why skeptics have always had their doubts about traditional training.

Performance happens in real time, in messy, complex reality. As Mike Tyson said, everyone has a strategy until they are punched in the face.

Hopefully, performance in most companies isn’t so dramatic, but the reality is that we must perform in shifting, complex environments, which can cause confusion and forgetting. Most training fails to replicate this complexity, and only real experience can provide that last bit of learning: learning how to do.

Until virtual reality (VR). One of the key benefits of VR is that you can recreate that real-time complexity. In fact, you can create this complexity at different levels and toggle it up or down depending upon what the learner is ready for.

When You’re the Protagonist

Traditional training, through reading, listening, watching videos and even answering questions, is an observation-driven means of learning. It is like learning about conversation by watching two other people speaking: It works up to a point, but beyond that point, you need to do the talking, fail for a while and learn how to do it right in real time — by actually doing it in real time.

VR is different from earlier forms of training, because learners are the protagonist. Everything happens to them, not someone else. “Real time” doesn’t just mean that events happen one after the other along a realistic timeline. It means that learners generate and execute reactions right after their stimulus. They have to be good enough at the skill or reaction to do it right when it’s needed, which is the beginning of the difference between knowing what needs to happen and being able to actually do it.

VR is different from earlier forms of training, because learners are the protagonist.

A Protagonist in a Noisy World

Virtual reality is a computer-generated world, which means developers can put literally anything in the environment with the learner, from wind to noise and even other people. Now, learners are not just the protagonist; they’re the protagonist who has to perform in the wind or the noise or with other people. This experience is an important part of learning, one that is often missing in traditional training.

For example, a provider of training for crane operators, Industrial Training International (ITI), has been using VR for a number of years to ensure that its graduates are ready to operate some of the most dangerous and expensive equipment out there. What VR offers that other methods do not is the ability to simulate operating a crane at 100 feet — in the wind, with noise. As you can imagine, this process is not easy, and ITI says it loses some trainees who suffer from a fear of heights. Better to learn about this fear early!

Another example is nurses’ performance in an emergency room. While reality is usually less dramatic than TV shows would have you believe, there are still moments of high tension, where there are lots of moving parts, people shouting and no room for error. VR can recreate this experience in a way that nothing else can.

VR can recreate the emergency room experience in a way that nothing else can.

In fact, from oil rigs to holiday retail to bartending, there are any number of situations where the pressures of being in real time combine with the complexity of a real operating environment to create difficult, frightening and skill-defeating pressures — pressures that only virtual reality can recreate and, thus, prepare learners to master. 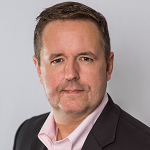 Hugh Seaton is the general manager of Adept Reality, a Glimpse Group company.

From Brace to Embrace: 4 Tips to Help Employees Settle Into the New Normal