Which of the following experiences is most powerful: being in the room when a baby is born, watching a birth on TV or having someone tell you about it?

Easy, right? While you might tear up watching TV or hearing a birth story, being in the room and seeing first-hand as a new life enters the world is a powerful, emotional experience you’ll never forget.

With virtual reality (VR), designers and developers are constantly striving to achieve – and elevate – this feeling of being in and experiencing the virtual environment they have created. In VR terms, this is called presence.

As in the birth example, presence fosters a high level of engagement, which is intricately linked to retention. The more heighted the feeling of “being there,” the more likely you are to remember your experience. This is what makes VR such an exciting tool for workplace learning. “You can’t do that with any other medium: experience what it’s like to do something first-hand,” says John-Carlos Lozano, chief creative officer at SweetRush. In fact, a recent study from the University of Maryland, one of the first on the educational use of VR, compared learning via virtual, immersive environments with learning via computer- or tablet-based training and found higher knowledge retention from the VR experience.

Movies are a powerful medium, and while they’re not truly immersive, they can invoke a high level of engagement. But not all movies achieve this goal. In the same way, presence is not a guarantee as soon as a learner puts on a VR headset. It can be disrupted in many ways. One way is through latency (a “lag” or delay between your physical movement and what you’re seeing in the VR environment), which can be caused by a computer with slower processing speed. Another is quality.

When you see something that does not feel real or expected, your brain reacts, and you think, “I’m not really here.” The issue of feeling real (emphasis on “feeling”), however, is complicated, as while some things can disrupt our sense of reality (such as latency), other seemingly non-real items can be acceptable, with our brains filling in the gaps. Most of us have seen animated films with cartoon characters and strong storylines that evoke emotions and engagement, and, ultimately, our retention of that content is high.

Crafting effective VR learning programs, therefore, requires careful consideration of where to invest in quality and detail, so you can achieve and maintain presence throughout the experience. As is the case with budgets for gaming, budgets for learning and development projects using VR are much lower compared to VR applications for marketing or entertainment. Hence, balancing presence and budget becomes an essential skill for learning designers and developers.

Crafting effective VR learning programs requires careful consideration of where to invest in quality and detail.

One strategy employed by VR developers is using a high-end camera to shoot crisp 360° video, making real-world fidelity easier to accomplish. This VR environment heightens the feeling of presence and is cost-effective. The development pipeline is also considerably shorter compared to building 3D environments. For VR experiences that are solely video-based – in which users observe the environment – the quality of the images becomes an important investment.

Where to Invest: 3D Environments

It’s also true that presence is elevated when you shift the experience from simply observing to moving around and manipulating objects. For this type of experience, a 3D environment is essential.

Can 3D feel as real as actual video? Lozano says it absolutely can. “I often show a 3D VR example in which the user can walk to the edge of the roof of a tall building,” he says. “Nine times out of 10, people will not walk to the edge because it feels so real.” It’s interesting to note that these environments don’t achieve the sort of fidelity as real-world video, but if done well, our minds can make the leap, and presence is preserved.

Creating a 3D environment is significantly more time-intensive than shooting video, and choosing which details to invest in is a more nuanced decision. For example, an airline wanted to create a VR learning experience to help its salespeople understand what it’s like to be in one of their luxury airport travel lounges. These sales associates may never walk into a lounge in real life, so it was important that they feel what a luxury experience means for travelers in order to sell that experience. For the 3D developer, this meant investing time in analyzing reference photos and developing rich textures and lighting to maintain presence, foster engagement and aid retention.

Your solution may require not just interacting with 3D objects but also with 3D avatars. The quality of avatars is another area with high potential for disrupting presence; all of us are acutely and sensitively aware of what is real when a program emulates another human. The observer can find the almost-perfect-but-not-quite 3D avatar to be disturbing and distracting, with the end result being a loss of presence. “The race is on to create the most realistic avatars,” says Lozano, with, for example, motion-capture technology.

For some learning objectives, a mix of 360° video and 3D may be the right solution. With a mix, you can demonstrate and set context (using 360° video) and allow for practice through hands-on activities (using 3D).

For some learning objectives, a mix of 360° video and 3D may be the right solution.

However, mixing media increases the risk of disrupting presence as you move from high-fidelity 360° video to lower-fidelity 3D models. “How you make this transition is important and nuanced, with no one easy solution,” says Lozano. “It’s not as simple as attempting to match the levels of fidelity. It’s one of those instances where one knows when it’s not working, and it takes the eye of an experienced VR developer to make it work, given the specific instance,” says Lozano.

The Future of Presence in VR

Lozano explains, “Human perception is so individualistic. What may stand out as ‘off’ to a learner comfortable with VR may not be as evident to someone who is new to VR, or vice versa, and so maintaining presence takes a lot of experience and creative experimentation.” As users have more opportunities to interact with VR, they will naturally compare different VR experiences, and quality will become an even more critical factor in maintaining presence. The good news is that VR technology is becoming more affordable, and hardware manufacturers will continue to boost processing power.

VR is a new and exciting tool to engage learners, and developers are working on building their own tools and libraries to make VR production more rapid and cost-effective. As with all custom learning development, meeting business needs through instructional integrity, creativity and innovation – while using the budget wisely to accomplish that goal – will be an essential skill for training developers who use VR.

Meeting business needs through integrity, creativity and innovation is essential when using VR. 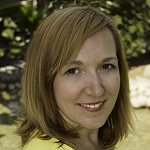 Danielle Hart is the director of marketing at SweetRush.

M&A in Corporate Training: Investments and Acquisitions of the First Quarter of 2022