The history of the talking stick dates back to the indigenous people of the northwest coast of North America. The carved wooden staffs were passed around among tribal leaders at meetings, and the person holding the talking stick was thought to have the sacred power of words within his or her hands. That person was allowed to speak while others listened. It was part of a communication style that valued cooperation over competition.

In fact, in an interview with CNN last January, U.S. Senator Susan Collins of Maine showed viewers the talking stick she introduced to government shutdown negotiations with other senators. These conversations helped pass legislation that reopened and funded the U.S. government.

Today, a different kind of “talking stick” is providing critical technology breakthroughs in leading-edge training techniques. When demand for customer training at Sysmex America (a maker of high-tech medical diagnostic hardware and software) far exceeded supply and the capacity of the training team to meet it, the Sysmex corporate learning team created a new virtual instructor-led training (VILT) model. It involved taking the very best of existing training, such as:

Then, it combined those elements with new technologies to make the experience as “classroom-like” as possible, including:

As well-received and successful as VILT was, there was one area that was not meeting Sysmex’s high training standards: streaming live, high-definition (high-def) video. As good as our platform, Adobe Connect, is, it cannot stream high-def video into a lab on its own. As a workaround, the Sysmex team arranged to provide students with a website address to a second page that could provide a live, high-def stream.

However, that workaround meant that students had to have two different websites open at once and be able to quickly and easily toggle between them. Many students were not used to – or comfortable with – switching back and forth between two websites. It disrupted the flow of classes, as the pace was determined by the student with the greatest difficulty opening a second web page or going back and forth, while the rest of the class waited. Some participants would become frustrated, others would work ahead and some would start checking their personal phones. A good portion of the class would lose their concentration on detailed, technical and complex course material. Once individual students’ issues were resolved, trainers were faced with trying to bring the class back together and getting them to focus on wherever they left off in the curriculum, an unwelcome challenge that distracted trainers and threw them off their game.

The Sysmex learning team had grown accustomed to solving the technological challenges of bring VILT to life, and this was no exception. The goal was to present the student with a single, integrated, easy-to-use interface, or one-stop shop. To accomplish that goal, the team needed to find a solution that could integrate high-def video from Sysmex Studios to Adobe Connect.

Ford Australia had recently found success with a software product created by Refined Data Solutions called “Talking Stick,” used to train technicians on how to repair and modify new models without having to fly trainers throughout the country. Talking Stick enables the streaming of high-def audio and video from live broadcast studio cameras like the ones Sysmex was using in its studios. Refined Data’s partnership with Adobe meant it could be fully integrated into Adobe Connect.

Of all the options the Sysmex learning team explored, none was as appealing as Talking Stick. The team began testing the technology in February of this year. Instead of streaming high-def video to a separate web page, it began streaming classroom video to Talking Stick, which, in turn, integrated the live video stream into the consolidated, one-stop Adobe Connect page it was using. In April, Sysmex incorporated the software into all of its VILT classes.

The impact on training at Sysmex was immediate:

Today, the Talking Stick software is installed in both of Sysmex’s Adobe-hosted classrooms and is used for all VILT classes. And while the video quality and user experience have significantly improved, costs have actually slightly decreased. Even with the added expense of new software, Sysmex no longer has to pay outside providers for special streaming capacity.

For Sysmex, integrating the Talking Stick high-def audio and video solution in a student-friendly way has generated results that are a lot more than you can shake a stick at. 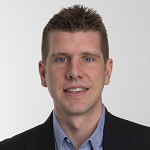