Virtual reality (VR) has taken the way that we see the world and flipped it on its head. One way that it has modernized business is by enhancing training. On the other hand, while VR training is undoubtedly helpful, it’s often not easy. There are several intricacies to be aware of when developing VR training content.

Of course, there are caveats to some of the rules of development, depending on the needs of the end users, but bearing the following considerations in mind can help you develop a better final product. Without further ado, let’s explore the key elements that make VR training content appealing.

First of all, VR content has to be actual VR. There are many companies that claim to provide VR training content yet only use 360-degree videos. While 360-degree videos are immersive, they aren’t true VR, since the user doesn’t interact with anything he or she sees in the video.

Interaction is a key part of the VR experience, and any content that doesn’t provide that element can’t be called VR. Users must be able to move objects, walk around the environment and accomplish other tasks that are essential to the training process. Anything short of this experience is more like a 3D movie.

It’s also important to note that VR training content should be realistic; otherwise, it’s not immersive. If your training content looks more like Minecraft than the real world, users won’t feel immersed.

However, visuals aren’t the only important aspect of realistic VR training content. Users won’t feel immersed even with the best visuals if the sound is unrealistic, if there’s too much lag time between actions or if the sounds aren’t synchronized with actions. Any blank areas can also ruin the realism of the experience.

VR training isn’t useful if it doesn’t allow for collaboration among multiple users. While it’s true that some situations don’t require multi-user compatibility, you’ll find that the vast majority of applications, such as team building, require more than one person to be in the same VR environment simultaneously.

Unfortunately, multiplayer compatibility is difficult to implement, and many VR content developers skip this feature. It’s worth the effort, though, because it takes the training content to the next level. Lag is the biggest enemy of multiplayer VR scenarios, but there are some companies that have managed to overcome this challenge through advances in hardware and propriety software.

Interaction is a key part of the VR experience, and any content that doesn’t provide that element can’t be called VR.

If users don’t have a sense of choice or free will in the virtual environment, they might as well be watching a 3D movie. The whole point of VR training is for learners try different approaches to a given problem in a low-risk environment, so that they can find the best path and use it later, on the job. You can’t work out your trial-and-error muscles if you only have one option in the VR environment.

VR training content should allow users to try the scenario multiple times and use different approaches that lead to different results. Every action that the user chooses should impact the outcome of the game, and, thus no two play-throughs should be exactly the same.

There are two types of feedback that come out of VR training. The first shows you what users did in various scenarios, giving you an idea of how learners performed. Ideally, VR training content should do more than just let you know which users passed and which users failed. It should also call out critical errors in judgment that a specific user made or identify which approach was the most effective in a certain scenario.

For instance, a safety training program in VR could spot the fact that one of the users forgot to put her hard hat on before going up to the top of the construction site. A VR course on Centers for Disease Control (CDC) protocols could note a user who failed to follow the basic procedures for decontamination after he was exposed to a pathogen. Some details may seem trivial, but understanding the outcomes of the VR training is essential.

Another important factor to consider is whether the training and assessments can be connected to the learning management system (LMS). This interoperability can help optimize and automate a lot of post-training analysis.

VR training is as complex as it is useful. There are many benefits that you can reap by using it, but it’s important to look for these key elements when you’re comparing content. Not all VR training content is created equal, and some content is objectively better than others. Focus on your specific needs, and then see if the content is suited to them. There’s no single answer to what a VR training program should look like, but the information in this article can help you establish a foundation.

Focus on your specific needs, and then see if the content is suited to them. 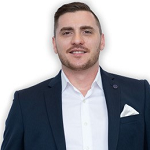 Over the last 15 years, Lorne Fade has had the pleasure of working with some of the world’s largest Fortune 500 brands and award-winning creative agencies all across North America and Europe. As the co-founder of VR Vision, a technology startup that is enhancing training and health care outcomes for some of the world’s largest brands using VR/AR technology, Lorne is responsible for managing all forms of application development. 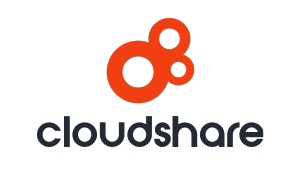 Learning Reinforced: The Power of Practice