Since its introduction into the technology, entertainment and training sectors, virtual reality (VR) has been sweeping into the minds and hearts of many tech enthusiasts. In fact, studies show that the use of virtual reality in training can significantly increase retention and improve empathy.

The early creation and adoption of virtual reality and immersive technologies are deeply seeded in learning and development, going back as far as 1929, when the U.S. military created an electromechanical virtual reality headset to teach pilots. Now, from health care to manufacturing to customer service, organizations are jumping on board with this new way to engage customers and employees. Research also shows that virtual reality can impact an organization’s bottom line. Results include speeding up the time it takes to learn a process, reducing errors, saving money and reducing the amount of time spent in training. Let’s take a closer look at why virtual reality works.

The concept of retention is fundamental to training and development – with good reason. With virtual reality, you’re engaging the senses, emotions and cognitive functions of the brain, tapping into the most powerful aspects of retention.

With virtual reality, you’re engaging the senses, emotions and cognitive functions of the brain.

For example, Dr. Narendra Kini, CEO of Miami’s Children Health System, told Fortune that using VR in training results in a retention rate of up to 80 percent one year after training, compared to 20 percent just one week after traditional training. “The level of understanding through VR is great because humans are primarily visual and VR is a visual format,” Kini said.

A study by Beijing Bluefocus E-Commerce Co. and Beijing iBokan Wisdom Mobile Internet Technology Training compared traditional high school classroom education with VR-enhanced education and found that students in the VR group outperformed students taught in a traditional setting. The students in the traditional education group scored an average of 73 percent in the final test, whereas those in the VR group scored an average of 93 percent. Furthermore, the VR group showed higher comprehension and retention after two weeks. The parent of a participating student said, “VR-based teaching inspires students to learn and presents to students the abstract content that occurs in the learning process in a vivid way, making it easier for students to understand and retain complex concepts.”

A Necessity for Field Work

The U.S. Army Edgewood Chemical Biological Center is using virtual reality to provide a higher level of immersion when providing training on how to use complex equipment. The goal is to increase retention, supplement traditional instruction and simulate real-life scenarios. The reported benefits include the ability to conduct training in a shorter timeframe and the flexibility to do so anywhere, even overseas.

VR can also enhance empathy and emotion during training, both of which help improve information retention. We make emotion-based decisions every day, so why not guide those decisions during training to improve results for customer service, leadership and handling stressful situations?

VR can also enhance empathy and emotion during training, both of which help improve information retention.

Stanford University’s virtual reality lab published a study in 2013 demonstrating that experiencing a disability (in this case, colorblindness) with VR led to increased empathy and impacted future behavior. Half of the participants simply imagined being colorblind, while the other half experienced it through altered images sent to VR goggles. Researchers tracked their hand movements as they attempted to sort object based on color. For participants who were imagining being colorblind, the task was “annoying but doable,” according to Stanford professor Jeremy Bailenson. For those who experienced the disability through VR, the task was almost impossible to complete. After the study was conducted, participants who became impaired through VR volunteered nearly twice as much time as the other participants to help find websites that would be hard to read with color blindness.

In a recent experiment, Google’s Daydream Labs taught two groups to use an espresso machine, one with YouTube videos and the other with VR. The VR group not only learned to operate the machinery more quickly, but they also made fewer mistakes. Honeywell is using virtual reality and augmented reality training programs to onboard new employees and has already seen a reduction in operation costs by up to 50 percent in some areas.

In health care, Yale University tested how VR training compares to conventional teaching methods when training surgical residents to perform a gallbladder dissection. At the end of the study, the authors found that the VR group performed the surgery 29 percent faster and were six times less likely to make a mistake during the procedure.

In another example, Farmers Insurance recently implemented virtual reality training in its new employee program. Learners navigate through an immersive, gamified course with over 500 damage combinations and scenarios. Farmers Insurance predicts saving $300,000 in training travel costs with the new program.

Virtual reality isn’t just a trendy technology; it’s a way of improving training. Since this delivery method can increase retention, improve empathy and show significant results, it will become the “new normal” of instruction. 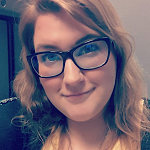 Jennifer Valley is the community manager at Trivantis.