Carol, Bob’s manager, asks him to help her with a high-profile project on a tight deadline. Long hours and a grueling pace are a given. In approaching Bob about it, Carol emphasizes the enormous growth she has seen in him over the past few months, lauds him for his commitment, and reinforces her appreciation of his willingness to sacrifice nights and weekends over the coming weeks by publicly commending him in a team meeting. Excited and energized, Bob dives in, ready to do whatever it takes.

Ted, Alice’s manager, asks her to help him with a (different) high-profile project on a tight deadline, also demanding long hours and a grueling pace. In approaching Alice, Ted emphasizes the ways in which the last project hadn’t gone well and says that this is a chance for her to “redeem herself.” He makes it clear that if she lets him down again, there will be repercussions. Already anxious and stressed, Alice steels herself to the task (and steals a peak at job postings on LinkedIn).

Although, as managers, we’ve all likely donned both Carol and Ted hats for the sake of expediency, Carol would likely win a poll on which manager most of us would rather have. Unfortunately, most of us don’t get to vote on who our managers are – and most have probably encountered more of the Ted types than we care to recall.

If we distill a manager’s job to its basic ingredients, getting someone – or some people – to do a job and do it well is essential. It requires motivation. (The same essentials apply to parenting, coaching – or the person waiting on your table, taking your ticket, fixing your broken computer.) So, what is this thing called motivation? Where does it come from, and, most importantly, how do we use it to yield what we want?

If we distill a manager’s job to its basic ingredients, getting someone to do a job and do it well is essential.

Simply put, motivation drives our behavior to achieve a specific goal. Without it, we wouldn’t accomplish much, whether it’s deciding to forego that doughnut or agreeing to subject ourselves to a project that will eat into our nights and weekends. Whether we took Psych 101 or read about it in Parade Magazine, we are likely aware that there are basically two kinds of motivation: intrinsic and extrinsic. One emanates from within (intrinsic), like a current that provides the voltage needed to reach a goal. The other pushes us from the outside (extrinsic) to do something because of the “if we don’t” consequences. Both are prevalent, serve a purpose and, most importantly get us off the dime. In fact, few among us have not employed both, contextually (I know I have).

While there are many ways to get someone to do something, getting them to keep doing that thing well is a whole other proposition. That desire, willingness and capacity can only come from within. That is the holy grail of motivation; hunger presupposes the drive to get to the cheese.

Let’s apply this theory to Bob and Carol and Ted and Alice. Carol’s approach, rewarding Bob by reinforcing his hard work and accomplishments, played out differently in Bob’s brain than did Ted’s in Alice’s head.

Every request or demand (or compliment or correction) enters our brain through the same gate: the emotional one. The sole job of this sentinel at our sentient gates is to send a primal message that demands a response. It is the nature of that response that differs.

Every request or demand (or compliment or correction) enters our brain through the same gate: the emotional one.

Think of a turnstile ushering us into the subway. If the thought (or request) lights up green, we proceed, reflexively or cautiously, depending on the content and context. If the light blinks red, we are halted in our thought-tracks as we determine how to deal with this alarm.

Red or green, we proceed. But how much we learn, remember, commit, contribute and repeat depends entirely on how our brain interprets the initial request or demand.

In Bob’s case, Carol’s approach triggers a surge of that feel-good neurotransmitter, dopamine, into his hippocampus and prefrontal cortex. Not only is he psyched to undertake this project for Carol, he will remember many of the details of what he did and learned and, more importantly, he’ll be able to apply that knowledge and know-how to other projects and situations. Reward-motivated behavior engages and encodes in our brain, promoting long-lasting results.

Alice, on the other hand, will also get the job done, but an entirely different part of her brain drives her actions – the desire to avoid unwanted outcomes. Without the dopamine release to spur or motivate her, Alice’s lasting impressions will focus on how she avoided the outcomes that Ted insinuated. Perhaps it will be how she covered her tracks, made sure Ted knew she was working hard, met the deadlines or didn’t screw up. In other words, she’ll remember how she avoided getting in further work trouble but few of the details and nuances of what the project could have taught her.

Psychologists note the difference between “want-to” and “have-to” motivation. We want to act, or try harder, when certain basic needs are met: for choice or autonomy; belief in our competence; and connection to and encouragement by the person making the request. They’re simply human things, really. To our brains, green signals “go,” and red signals “stop.”

Psychologists note the difference between “want-to” and “have-to” motivation. 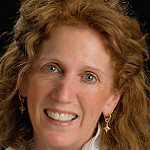 Jenifer Marshall Lippincott is a San Francisco-based leadership and learning strategist who specializes in, and writes frequently about, topics related to Brain Savvy Leadership™. She is also a brain-based facilitator for the NeuroLeadership Institute and author of “7 Things Your Teen Won’t Tell You (And How to Talk About Them Anyway)” (Random House, 2005, 2011), a book on brain-savvy parenting.