For decades, leaders committed to the adage, “What is measured is managed,” and they focused on skills that were measurable: hard skills. Measurability made it easy to determine if an employee was performing or not. Assessments were quantitative, definitive and unambiguous.

This approach worked in a business landscape where hard skills drove productivity. Then, affordable, efficient technology brought businesses to a point where faster was no longer an advantage. Now, advantages come from effective communication, adaptability and cooperation, which are all soft skills.

Unfortunately, soft skills have gotten a bad name, literally. The word “soft” suggests that they are vague and shapeless, which is untrue. In fact, the origin of the term comes from a 1972 Army training manual, according to Katherine S. Newman’s book “Chutes and Ladders: Navigating the Low-Wage Labor Market.” There is nothing soft about the value of communication, adaptability and cooperation on the battlefield.

The groundswell of interest in soft skills is clear from recent research, in which Harvard University professor David Deming found that “between 1980 and 2012, jobs requiring high levels of social interaction grew by nearly 12 percentage points as a share of the U.S. labor force.” Businesses and the leaders who run them are placing more value on soft skills for three reasons:

Technology cannot replicate soft skills. In fact, technology cannot even replicate the soft skills of a five-year-old. At this age, we develop theory of mind, or the ability to understand the mental state of another person. Theory of mind is the academic way of saying we can put ourselves in another person’s shoes. Artificial intelligence (AI), for all its popularity, cannot.

In fact, “most of the AI you know today people would call narrow AI,” says Ginni Rometty, CEO of IBM. “It learns to do one thing, in one domain.” She concludes that AI that is equal to human cognition is decades away, if it happens at all. Moreover, AI is only as strong as the underlying data; she says that you cannot have an effective AI solution without a strong information architecture underpinning the system.

Even a robust data set can only go so far in equipping a business to make the complex decisions it needs to succeed. The reason is that not all data can be quantified with a number. In fact, most decisions arise from a combination of emotion and analysis. Consider the work of Nobel Prize-winning psychologist Daniel Kahneman, who defines these two processes as “system 1” and “system 2” thinking. System 1 thinking is rapid and based in emotion, while system 2 is slow and analytic. “When all goes smoothly, which is most of the time,” writes Kahneman in his book “Thinking Fast and Slow,” “System 2 adopts the suggestions of System 1 with little or no modification.” Soft skills form the basis of system 1 thinking, which is critical to decision-making.

2. Soft Skills Are a Universal Advantage

Soft skills are an advantage in any environment. Skills like team building, work ethic, creativity and problem-solving are empowering in any role, across industries. On the other hand, the defining characteristic of technology is that it changes. Hard skills that are relevant today will not be relevant tomorrow.

Skills like team building, work ethic, creativity and problem-solving are empowering in any role, across industries.

This idea helps explain the findings from Google’s Project Oxygen. About a decade ago, Google decided to leverage its considerable data to understand what makes leaders effective. Researchers analyzed performance reviews, promotion data and feedback surveys. The results identified eight key attributes of high-performing people, and technical expertise ranked last on this list of eight.

“In the Google context, we’d always believed that to be a manager, particularly on the engineering side, you need to be as deep or deeper a technical expert than the people who work for you,” remarked Laszlo Bock, then Google’s vice president of human resources. “It turns out that that’s absolutely the least important thing. It’s important, but pales in comparison. Much more important is just making that connection and being accessible.”

These findings, which support the notion that soft skills are critical, were later supported by another Google initiative called Project Aristotle. In 2012, the company studied hundreds of internal teams to see why some succeeded and others failed. Statisticians, psychologists and engineers led the project. One of their key findings was that psychological safety drove team success. Building psychological safety into a team atmosphere is a soft skill.

Research shows that competitive advantages are becoming short-lived. For example, A.T. Kearney found that “about two-thirds of companies have a strategy horizon of four years or less.” And, in a 2013 Harvard Business Review article, Columbia professor Rita McGrath explains that successful companies are no longer relying on fleeting competitive advantages. Instead, they’re relying on what she calls “transient advantage.”

“Companies can’t afford to spend months at a time crafting a single long-term strategy,” McGrath writes. “To stay ahead, they need to constantly start new strategic initiatives.” Making this plan work requires soft skills, because businesses now need team members who can effectively communicate those shifting strategic initiatives. As the pace of strategy intensifies, leaders need skills like time management, flexibility, resourcefulness and the ability to mentor to execute on multiple initiatives.

Companies can no longer rely on driving revenue from a single capability, because technology has allowed other, more agile companies to enter previously impenetrable industries. Succeeding in this new business landscape requires cohesive teams, and cohesive teams thrive on soft skills. 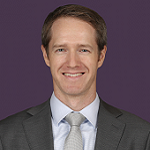 Ben Taylor is the content marketing manager at Richardson. He has an MBA in finance from LaSalle University and over a decade of business and writing experience, including covering content for Nasdaq, Barclaycard and Business Insider.