Someone asked me the other day what I did for a living.

“I train executives,” I said.

It does seem ironic, because a good number of executives consider themselves beyond training, having entered the rarefied sphere of the “permanently competent.” Of course, that’s never true — but it is true that executives think and behave differently and, thus, should be trained differently. Now, add to those differences the constraints and limitations of virtual delivery, which is the reality of the 21st century.

For any group of humans, learning is both intellectual and emotional, an interplay of the head and the heart. Executives are not different than anyone else in the way they learn. What is different is the context, the stewardship, the personalities and the pressure. Executives live and breathe in a world where the stakes are high and the margin of error is low — for them and for the people under their charge. Yes, executives are tough, but they are also fragile, which makes training a delicate proposition.

All other things being equal, executives are, perhaps not surprisingly, the most challenging and sensitive population to train. They’re a smart, busy, aggressive, confident bunch, which makes them restless; impatient; easily bored; quickly irritated; and hypersensitive to status, intellectual capacity and rivalry for dominance. Executives must disarm before they can learn, which means laying down ego needs and the instinct to compete rather than collaborate.

Executives are migrating stubbornly to virtual delivery, but they are migrating. Given the added challenges of leaving the face-to-face experience behind, it’s even more important for virtual facilitators to master these five timeless best practices for training executives:

The executive mind engages based on three criteria: intellectual challenge, relevance and practical application. The executive team wants to be stretched and pushed in its thinking, so ration the didactic elements of training. You can introduce a concept in lecture format, but move quickly to inquiry and discussion.

Executives resent facilitators who try to think for them. If you stretch a didactic segment even 30 seconds too long, you may lose the group. Move on to interaction quickly, and don’t pontificate.

Executives must disarm before they can learn, which means laying down ego needs and the instinct to compete.

2. Ditch the Case Studies, but Keep the Collaborative Inquiry

The case study is a cherished approach in business education. No one can deny the instructive power of a well-written case to a group of master’s of business administration (MBA) students. Keep the collaborative and inquiry-based approach that C. Roland Christensen pioneered at Harvard Business School; that method is eternal. It’s the fictional case that needs to go.

Executive teams normally don’t have time for hypotheticals. They have pressing problems to solve. Use their priorities, their initiatives and their adaptive challenges as clinical material for real cases. You’ll gain and keep their attention, because they want to work on their own issues.

In any training setting, the goal is to create a threshold level of energy, intimacy and interaction. In a face-to-face environment with executives, that threshold is normally about seven people. You also need a top limit to guard against the unequal distribution of participation. Studies show that the upper limit is about 40, but if you don’t monitor interpersonal dynamics and participatory patterns, some learners will disengage.

In a virtual classroom of executives, the lower and upper limits are tighter: five and 15. This range allows for the required levels of energy, intimacy and interaction an executive audience demands.

Now, add duration. The impact of a fully sensory, face-to-face experience can enable you to go all day, but a virtual setting is dramatically different. In most cases, the upper limit is 90 minutes. Beyond that length of time, most executives will tune out.

4. Get to Tools, Skills and Behaviors Quickly

The all-important assumption in executive education is that the instructor is both synthesizer and converter. First, it’s your job to synthesize the topic — to have a grasp of both the theoretical and practitioner literature. Second, it’s your job to convert what works into practice and leave the rest.

With few exceptions, everything you teach to executives should be with an eye toward practical application. Synthesize theory, convert it to practice and repeat. Unless it’s a once-a-year off-site designed for meditation and mindfulness, executives have a low tolerance for philosophy. They have problems to solve, and they need tools to solve them. They know that strategy is the deliberate reduction of alternatives, and they expect you to do most of the reduction for them and let them focus on application. In the end, it’s your job to transmute a concept into a tool, skill or behavior. They can read philosophy at home.

Executives are confident and capable, but they are just as insecure as any other group. For example, some executives are dripping with ego, which is symptomatic of acute insecurity and an identity tied to the artifacts of title, position and authority. If you have some of these types of executives in the group, they may attempt to assert dominance by clamoring for airtime. Some will even try to commandeer the session.

Establish ground rules of candor and civility to foster psychological safety. You can do so by setting a tone of humility and pushing thinking in that context. Psychological safety is the intersection of respect and permission. If you model it, your learners will most likely accept those terms of engagement. Finally, your most powerful weapon is the question. It catalyzes thought, invites discussion and neutralizes ego.

Training executives is challenging and exhilarating. If you can help one executive shake loose one insight and make one good decision, you will have scalable impact. That’s what makes it worth it.

Everything you teach to executives should be with an eye toward practical application. 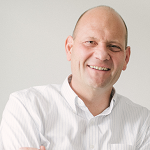 Timothy R. Clark is the founder and chief executive officer of LeaderFactor, a global leadership consulting and training firm. An Oxford-trained social scientist and sought-after international authority on organizational change, Dr. Clark is the author of five books on leadership, including his newest release, “The 4 Stages of Psychological Safety: Defining the Path to Inclusion and Innovation.” Connect on Twitter at @timothyrclark.