Professional trainers and interrogators achieve success through a similar method: coaching. They’re both responsible for presenting their audience with new ideas, reframing their audience’s perspectives and inspiring their audience’s commitment to altering their behavior. When faced with resistance, they both have the opportunity to calmly increase their credibility or fall into the trap of attempting to force change on their audience. The challenges associated with persuading people to change how they think, feel and act often cause leaders to pursue compliance over commitment.

Compliance is typically generated as a response to an order, often in the form of threats or promises. Although many leaders treat obtaining compliance as a victory, it usually sets them up for future losses. When people feel forced to comply, they generally take the minimal action required to avoid the immediate consequence or capture the immediate reward before quickly reverting back to their previous beliefs and generating feelings of resentment and distrust.

Commitment, on the other hand, is generated when people align new opportunities with their self-images and feel ownership of the decision-making process. The commitment represents a long-term cognitive shift that generates a willingness to understand why change is necessary and to embrace challenges.

Leaders often resort to giving commands when they don’t feel they have the time to implement the educational approach necessary to generate commitment. When leaders focus on saving time, the quality of the results they generate consistently suffers. Here are five techniques interrogators leverage when they apply a coaching approach to cultivating commitment in the face of potential consequences:

1. Understand the Totality of the Evolution You Need to Create

The first step in the process of cultivating commitment to change is determining what you need your audience to think, feel and do at the end of your interaction. Leaders often focus solely on the actions they need their audience to take. Unfortunately, that focus often entices leaders to unintentionally force their audience to comply.

According to “Crucial Conversations,” by Kerry Patterson, Joseph Grenny, Ron McMillan and Al Switzler, people experience a four-step process as they transition from observation to action:

Understanding this process empowers leaders to use an approach designed to influence their audience’s stories, emotions and actions to reduce resistance and increase their willingness to commit to the requested change.

Determine what you need your audience to think, feel and do at the end of your interaction.

Honestly answering the first question requires leaders to critically consider their audience’s perspectives and counter-motivations. The second question has two potential answers: Your audience either doesn’t know the option is available or doesn’t see the value in pursuing the option. Embracing the answers to these questions empowers leaders to create an empathetic education process.

3. Encourage Your Audience Members to Protect Their Self-image

The No. 1 fear that stops most adults from committing to new courses of action is not fear of failure; it is fear of embarrassment. Failing isn’t the problem. The problem is how we feel and how we perceive that others judge us when we fall short of expectations.

Most often, when people tell you, “I can’t do that,” they are leaving one word out of their sentence: “easily.” It is unlikely that you asked them to do something impossible. It is much more likely they are currently experiencing a perceptual imbalance between the physical, cognitive or emotional effort they need to exert and the reward they will receive for their efforts. You can restore that perceptual balance by carefully phrasing your requests to avoid causing your audience to feel embarrassed and by framing your message as an extension of efforts their audience is already undertaking.

People can perceive questions as invitations or attacks. When they feel attacked, they become defensive. When they feel invited into conversations, they are more likely to engage and risk feeling vulnerable. Many leaders have been operationally conditioned to give a command or ask a question and then provide their audience with a justification. The most significant issue with this approach is that people react most strongly to what they hear first.

When people don’t like the command or question, their internal monologue shifts immediately and focuses on what they don’t like, and they either disregard or distrust the justification. Leaders can significantly increase their influence by following the oft-spoken manta, “State the why before the what.” Stating the justification prior to the question or statement helps audience members align their self-images with the justification and increases their willingness to accept the new direction.

5. Structure Your Approach to Address Your Audience’s Concerns Before They Vocalize Them

You know the actions you need your audience to commit to. You determined what you want your audience to think, feel and do, and you thought through why your audience may feel they shouldn’t commit to these actions. Put this strategic intelligence to work as you structure your approach.

Avoid the temptation to open your interactions by telling, or asking, people exactly what you need from them. Instead, map out what you plan to say so your words generate the necessary thoughts, feelings and actions in the most effective order. It is much easier for leaders to achieve the larger commitment they require when they address their audience in a manner that creates a progression of interim commitments along the way.

Leaders can significantly increase their influence by following the oft-spoken manta, “State the why before the what.” 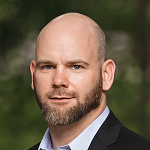 Michael Reddington, CFI, is a certified forensic interviewer and the president of InQuasive Inc., a company that integrates the key components of effective nonconfrontational interview techniques with current business research for executives. Using his background in forensics and his understanding of human behavior through interrogation, Reddington teaches businesses to use the truth to their advantage.

CareerPrepped® Launches to the Public, Enabling Skills-based Hiring at Scale