What sets apart a great leader from an average or poor leader?

You might be inclined to respond to this question with answers like these: “their ability to make effective decisions”; “the degree to which they possess various positive leadership qualities, like humility, compassion, and authenticity”; or “their actions or behaviors.” You could probably come up with an almost endless list of qualities and actions.

There is an element that does drive leaders’ decision-making, qualities and actions, and it is one that relatively no one is talking about. Yet, if we better understood this element and its power, we could enhance those decision-making, qualities and actions. To introduce this element, consider the impression you get when reading this list of words:

Which of these leaders will make better decisions, have more positive qualities and engage in more effective actions? Whom would you rather follow?

What sets apart a great leader from an average or poor leader? The simple answer is how they see the world they operate in. The technical answer is their mindset.

Mindset experts Alia Crum, Peter Salovey and Shawn Achor define mindsets as individuals’ mental frames that create a lens through which they selectively organize and encode information, orienting them toward a distinct way of understanding experiences and guiding them toward corresponding actions and responses.

There are four sets of mindsets that drive leaders’ decision-making, qualities and actions. They all relate to how leaders see challenges and failures, disagreement, risk, and underperforming employees. They exist on a continuum from negative to positive, and the more positive a person’s mindset, the more effective he or she will be as a leader.

The more positive a person’s mindset, the more effective he or she will be as a leader.

Leaders with a fixed mindset prioritize looking good and validation. They do not believe that they can improve, so it’s important for them to be seen as someone who possesses a high degree of talent, ability and intelligence. As a consequence, they seek to avoid challenges and failure.

Leaders with a growth mindset believe they can change their talents, abilities and intelligence, and they are not concerned about their appearance. Their priority is to learn and grow, and their growth mindset allows them to see challenges and failure as opportunities to learn and develop. Thus, they embrace rather than avoid them.

Leaders with a growth mindset see challenges and failure as opportunities to learn and develop.

As Shane Parrish, a business investor and popular blogger and podcaster, writes, “Closed-minded people would never consider that they could actually be closed-minded. In fact, their perceived open-mindedness is what’s so dangerous.”

Again, closed and open mindsets drive leaders to see things differently. Specifically, leaders with a closed mindset are focused on being right and being seen as being right. As such, they are uncomfortable with ambiguity. If they seek out ideas from others, they only seek out the ideas that confirm their perspective, and they see disagreements as threats.

Leaders with an open mindset, on the other hand, focus on finding truth, even if it means that they are wrong. They are more comfortable with ambiguity, they seek out new and different perspectives, and they see disagreements as opportunities to improve their thinking.

Leaders with an open mindset seek out new and different perspectives.

Leaders with a prevention mindset are primarily concerned about their ship not sinking. As such, they are focused on avoiding problems, not taking risks and maintaining the status quo. Leaders with a promotion mindset are focused on what is truly important: reaching a specific goal, objective or destination. As such, they anticipate problems, are open to take risks (believing that without risk comes no rewards) and seek to advance rather than maintain the status quo.

When leaders have an inward mindset, they see themselves as superior and their followers as instruments to do their bidding. Thus, when an employee is underperforming, they see replacing the instrument for a better one as the best course of action. When leaders have an outward mindset, they see themselves as equals of, if not inferior to, their followers. Thus, when an employee is underperforming, they seek to understand what is preventing them from performing at a higher level. They are willing to ask themselves, “Who am I being that their light is not shining?”

What sets apart a great leader from an average or poor leader? It’s an element that almost no one is talking about – their mindsets – which, if not overlooked, can be harnessed to develop leaders effectively.

Mindset can be harnessed to develop leaders effectively. 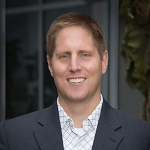 Ryan Gottfredson, Ph.D., is a leadership consultant, trainer, coach and researcher and a leadership and management professor at California State University-Fullerton.