With 14.4 million workers, nonprofits are one of the largest employers in the U.S. Unfortunately, turnover and retention continue to present a significant human resources (HR) concern in this sector. When the number of employees you bring on board is exceeded by the number of employees who leave, mission-driven viability becomes moot.

How would you like to be a leader in this field — a field that is notoriously underfunded, where you are directed to do “more with less” while being told, “You knew what you were signing up for.” As if these verbal contrivances were viable solutions to address the alarming reality of a confounded workforce challenge!

In a booming economy with less than 4% unemployment, and in an industry where average wages fall far below their workforce peers, what expectations do HR and learning and development (L&D) professionals in the nonprofit sector have for their leaders? Staffing issues are further confounded by the empathetic demands of the work, including compassion fatigue and the misguided societal views that nonprofit workers should operate completely selflessly.

The Architects of Culture Change

They say that “culture eats strategy for breakfast every day.” If that assumption holds true, then leaders are the architects of culture change. They are the driving force in creating an environment that encourages people to stay and attracts like-minded people to join.

It starts with self-awareness. Creating a “go-to” work environment requires leaders to demonstrate an ability to do common things uncommonly well. Research is clear: Emotional intelligence (EQ) is critical. In, fact as early as 1918, researchers believed that interpersonal skills could account for up to 85% of job success. Chief among the characteristics exemplified by emotionally intelligent leaders are empathy, optimism and assertiveness.

Why is it so important to have emotionally intelligent leaders? For one thing, around half of Americans have left a job due to their manager. Leaders who are capable of understanding and regulating their own emotions are leaders people want to follow. Leaders with a firm sense of their self-expression, self-perception and interpersonal functioning are more likely to create a culture that nourishes the emotional needs of their team members.

Empathy is not sympathy but, rather, an ability to stand in the shoes of another person and acknowledge that he or she holds a different viewpoint — without passing judgment. Leaders can enhance organizational commitment when they are able to emotionally “read” their team members and understand their perspectives.

Like all emotional intelligence skills, developing empathy requires practice. Leaders can start by:

Leaders who are capable of understanding and regulating their own emotions are leaders people want to follow.

“We are all in the gutter, but some of us are looking at the stars” (Oscar Wilde).

Over the last few years, anxiety has risen worldwide. Last year, the World Health Organization recognized burnout as “an occupational phenomenon,” and the responsibility for managing it has shifted from the individual toward the organization. In his book “Learned Optimism,” psychologist Martin Seligman writes that optimistic people live longer and have fewer illnesses and lower blood pressure. They also tend to be more successful in all of their activities.

Our current culture often mistakes assertiveness with aggressiveness. However, transformational strategies are starting to overshadow the vestiges of “command and control” workplaces. Leaders are now asked to keep an open mind. When things don’t go as planned, their focus is on asking, “What can we learn?”.

When confronted with a changing landscape, emotionally intelligent leaders express their feelings and beliefs while taking a definitive stand, even if it is difficult. They are mindful of the adage that the more arguments you win, the fewer friends you have. Leaders who communicate clearly and unambiguously while being sensitive to the needs of others demonstrate true assertiveness. They search for the win–win and promote an environment of trust and collaboration, which is a primary driver of employee retention.

The road to becoming more assertive requires leaders to:

Emotionally intelligent leaders express their feelings and beliefs while taking a definitive stand, even if it is difficult. 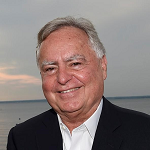 Peter Smergut is a former educator and CEO who has worked in the nonprofit community for over four decades. He is the author of the book “Why Should Anyone Follow You?” and works as an organizational consultant and executive coach.

The Key to Solving the Turnover and Retention Crisis in the Nonprofit Community: Emotional Intelligence Training for Leaders

Managers Make or Break Their People. Leadership Development Can Help.