In a 2009 study by the International Coach Federation (now the International Coaching Federation, or ICF), companies worldwide reported a median return on investment (ROI) for executive coaching services of 700%. This high ROI shows the value of quality coaching in helping leaders maximize their talents, productivity, and ability to solve challenges and make effective decisions.

The results and the benefits of executive coaching are well documented, with companies committed to continuing their coaching programs and expanding their offerings to upper-level executives. However, investing solely in C-suite coaching may be creating inefficiencies and mistakes during succession planning.

In the hierarchy of any company, different skills and abilities come into focus. A line manager’s roles and responsibilities are not the same as the skills of a senior manager, team leader or regional area manager. Simply moving up through a company without changing leadership techniques and strategies is ineffective, as Marshall Goldsmith writes in his book “What Got You Here Won’t Get You There.” Goldsmith writes that effective leadership habits at one level can create challenges at the next level and that holding onto those behaviors limits potential.

Using the current executive as a sponsor in the coaching relationship is critical in creating alignment for the upcoming executive. The current executive can provide insight into goals, priorities, values and issues, the candidate can build on his or her existing strengths to develop the necessary skills for success in the position.

The sponsor (current executive) is not directly involved in the coaching process; his or her role is to ensure there is alignment between the prospective executive’s goals and the company’s values, mission, priorities and expectations. Through meetings to discuss goals and development, the sponsor can guide and support the candidate’s development, ensuring a good fit for succession.

Moving from direct leadership roles into an executive leadership position is a critical transition. Early

Throughout the coaching process, the candidate takes a closer look at his or her abilities in a confidential, safe and supportive environment. It is a time to understand where possible gaps may exist in current leadership skills and the executive position requirements. It is a safe place for the candidate to determine if the executive role is the correct move for his or her individual goals and priorities.

Providing coaching to potential leaders in a succession plan also enables a clear understanding of how willing the candidate is to engage in professional development. Candidates for executive positions lacking motivation, commitment or interest in professional growth and skill building may not make good candidates for the C-suite — which is invaluable information to know early in the succession planning process.

It’s not uncommon for an organization to promote an individual through a company without understanding his or her personal motivations and goals, but it is costly for a company to make assumptions about professionals when developing succession plans. While the company sees these promotions as a benefit to the employee, the candidate for the executive position may feel increasing pressure, unease and lack of confidence in moving into the new role.

Offering executive and leadership coaching to prospective candidates in the succession plan addresses these potential issues. In some cases, the coaching process may end with the candidate expressing a desire to stay in a current position or to transition careers. If it happens early in success planning, it saves the company time and money. It also helps it retain top employees in positions where they excel rather than promoting them to executive positions they are unwilling to assume.

Using the current executive as a sponsor in the coaching relationship is critical in creating alignment for upcoming executives. 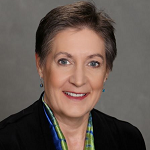 Mardi Winder-Adams, M.Ed, CDM, BCC, is an executive and leadership coach and credentialed distinguished mediator. She has a background in management, education consulting and professional training and is the founder of Positive Communication Systems, LLC.