Here’s the importance of communication in the workplace by the numbers. Let’s start with the positive.

“Up to 90 percent of success in selling depends on your skills for establishing rapport with your prospect or customer,” says Janine Driver in her book “You Say More Than You Think.” Rapport is defined as “a close and harmonious relationship in which the people or groups concerned understand each other’s feelings or ideas and communicate well.”

Customer service can make or break your company. Forbes contributor Blake Morgan writes that every experience and conversation a customer has with an employee impacts how he or she views your organization. She says it’s important to “make sure you train your agents to clean up their speech – to only communicate with purpose.”

Here’s how ignoring the importance of communication in the workplace negatively affects the bottom line.

Murphy concludes, “If you think the leaders at your company could use more skills development, giving constructive feedback would be a great place to start. Your employees’ well-being depends on it.”

A 2013 report by the Project Management Institute found that poor communication leads to project failure one-third of the time, and for every $1 billion spent on projects, $75 million is put at risk by ineffective communication.

According to 2012 research, executives consider 67 percent of meetings to be failures. Workers agree. Nearly 50 percent would rather be waiting in line at the DMV or watching paint dry than attend status meetings. Worst of all, according to a 2015 Wrike survey, 46 percent of attendees leave meetings without a clear understanding of the next action item. The estimated cost of unproductive meetings is $37 billion.

Nearly half (46 percent) of change management efforts fail during execution, according to a Robert Half Management Resources survey. The key to a successful change management effort? Communication. Tim Hird, executive director for the company, said, “Sixty-five percent of managers said that communicating clearly and frequently is the most important action to take when going through organizational change.” 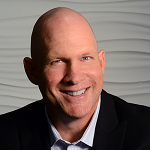 David Lewis is co-founder and CEO of Pinnacle Performance Company, a global training firm that has revolutionized presentation and communication skills training. He also is co-inventor of The Pinnacle Method™ and co-author of “The Pin Drop Principle.”

How Leaders Can Give Effective Feedback and Drive Performance

The Resilience-building Leader Program (RBLP) Partners With Learn In