Today’s sky-high workplace turnover rate has been called The Great Resignation. But The Great Aspiration might be more appropriate.

The U.S. economy is booming. The country’s workforce is seizing this moment to leverage their untapped potential amid a wealth of open positions — maybe more than 11 million. CNBC reports that more than half of the country’s workers plan to seek new jobs in 2022.

This is an incredible moment for managers, too. They can tap into their employees’ newfound ambition with additional training and internal hiring. They can grow their company in a holistic way — by growing their employees.

Employees who are learning and progressing in their career are easier to retain. Those who feel stagnant are more inclined to resign. Company culture related to talent development is a better predictor for overall employee longevity than any other factor, according to a survey by Glassdoor.

The Three-phase S Curve of Learning

Growing your people is accomplished in three distinct phases mapped on an S Curve of Learning that provides a common language for managers and employees to talk about career aspirations and progress. Bosses can use their understanding of the S Curve to be more proactive about talent development, monitor their employees’ growth and engage-to-retain the best. These are the “dream bosses” who will come out ahead in The Great Aspiration.

This phase is characterized by slow, effortful growth on a gradually rising curve. At the launch point, develop a plan.

On the podcast I host, SAP Bangalore’s Sumeet Shetty, a superb talent developer, says, “There are two things that I do to develop people. One, I have career conversations with every person in my team: what they want to do now, their purpose in life and the general direction that they want their career to go in. Two, I prepare a very individualized, tailored, customized personal development plan.”

Each employee’s launch point needs are different. Knowing how they see their learning curves facilitates the development of a personalized plan. A plan communicates that they are valuable to the company and that you’re invested in their career growth. Indeed reports that the No. 1 reason employees quit is because they feel underchallenged and stuck. Another top reason is feeling undervalued.

Employees who are learning and progressing in their career are easier to retain.

The second phase is characterized by rapid upward progress. In the sweet spot, match skills.

As employees gain competence, they move into the “sweet spot” of their learning curve. They gain confidence and adapt and innovate when they encounter setbacks. They maximize team resources. Managers who are retention stars optimize the sweet spot by matching an individual’s unique abilities and potential skill sets with projects where those capacities can flourish.

McKenna analyzed the situation, then switched some seats. One person on her team, vice president of football technology John Cave, was a highly innovative tech developer, but he was sidelined by enterprise systems. McKenna gave Cave the task of overhauling the unwieldy legacy intercom system used by NFL coaches during games. The result was an elegant, NFL-exclusive intercom system with multiple cutting edge innovations. Dream bosses know that the biggest opportunities to develop people lie where employee talents intersect with valuable initiatives.

This phase is characterized by high productivity with comparatively little effort, but learning declines and boredom arrives. In the mastery phase, challenge the experts.

Employees are now at the top of their learning curve. What was once challenging is now almost automatic. The risk is boredom and stagnation. Employees need a fresh challenge before they decide there’s no growth opportunity and become a flight risk.

Nate and Vanessa Quigley are the co-founders of Chatbooks, a photo/scrapbook publishing company. It is a company where people want to work, they claim. But at one point, many longtime employees needed a new challenge. Nate Quigley says, “The S Curve of Learning has given them a language and a framework to talk about where they are and what’s next.”

Their chief marketing officer loved Chatbooks but wanted a new learning curve as CMO of another startup. Their veteran chief technology officer took on new responsibilities in house that put him on the high-challenge launch point again. It allowed their president “to have a conversation about his responsibilities so as to expand the headroom on his current curve.” Dream bosses understand that interns and executives, and everyone in between, needs challenges and hands-on career support.

The Good Kind of Turnover

Dream bosses can’t eliminate employee turnover, and they shouldn’t. Launch Point coaching, Sweet Spot skill matching, and Mastery challenging reveal who needs to grow, but also who needs to go somewhere else to do it.

Raju Narisetti, the leader, global publishing at McKinsey & Company, says, “I’ve increasingly measured myself by saying, ‘Where are the people that I’ve hired? What have they gone on to do?’ I’m proud of the people who are doing bigger, greater things now.’”

People resource managers should expect employees to come and go. But Narisetti’s attitude reflects the dream-boss character that makes employees want to stay with him.

Take a step back, and you’ll see that every dream boss works in talent development. They see their people as they are now, who they can become and what could be their next company — building Great Aspiration.

As employees gain competence, they move into the “sweet spot” of their learning curve. 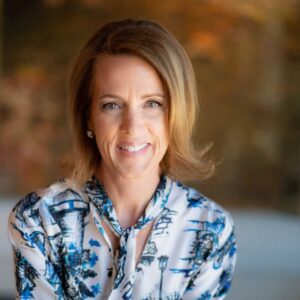 Whitney Johnson is chief executive officer of Disruption Advisors, a tech-enabled talent development company, and one of the top 10 management thinkers in the world, according to Thinkers50. She is the author of “Smart Growth: How to Grow Your People to Grow Your Company” and host of the Disrupt Yourself podcast.