Work often puts us aboard aircraft so that we can jet around the country. For many, watching the crew congregating at the gate and then boarding the aircraft is always a focus. Is the pilot alert, engaging and professional? How about the cabin crew? But as we focus on the aircrew, somewhere, a group of mechanics, luggage handlers and refuelers are attending to the aircraft’s airworthiness, putting our belongings into the cargo hold or adding fuel. So, too, our organizations often focus on their figurative pilots and flight attendants to the exclusion of other key personnel in our succession planning efforts.

Indeed, a recent Harvard Business Review article heralded the need for boards to consider CEO succession well in advance of “a succession event” – in part to mitigate the risk, but additionally so that the organization can integrate development programs with these key turnovers. Other sources also focus on the CEO. However, as our airport experiences reveal, this focus may leave the organization paying attention to only a piece of the whole story.

Beyond the CEO and the other positions governed by external compliance or regulatory requirements, there are positions that, if not considered in a more holistic approach to succession, may put an organization at risk. In fact, each of us can probably easily identify colleagues whose departure would be a blow to specific initiatives, stymie an organization’s momentum or simply be an outright shame.

There are many positions that, if not considered in a more holistic approach to succession, may put an organization at risk.

Senior leadership would do well to consider key definitions proffered by experts. In “Effective Succession Planning,” William J. Rothwell offers an enterprise-wide approach, succession planning and management (SP&M), described as the “deliberate and systematic effort by an organization to ensure leadership continuity in key positions,” including activities to “retain and develop intellectual and knowledge capital for the future, and encourage individual advancement.” Both are necessary, yet the former seems to be the norm. But that’s too narrow. While this approach may sustain talent “in the cockpit,” it dangerously ignores the other crew members required to make air travel safe and efficient.

The U.S. Army’s risk management framework considers both the probability and severity of a succession event in order to arrive at a level of risk. Risk is calculated for senior leadership but extends beyond C-suites and their direct reports. In doing so, the methodology enables a prioritized succession focus, one that can then be directly synchronized with development programs.

This image was adapted by the author from the U.S. Army’s 2014 publication “Risk Management.”

While it’s possible for many business sectors to understand death or injury as severity levels, this application also requires consideration of the severity to the business as the impact on its ability to execute its mission or achieve its strategic objectives. Therefore, the first step is for organizational leaders to develop severity definitions. Catastrophic results may involve a dramatic stock degradation or long-term workforce or key stakeholder dissatisfaction. Succession events of negligible severity may see little or no organizational impact. Each organization must define and be comfortable with each severity level in its model.

Next, the organization must identify how broadly it intends to apply the model. Again, the mindset should be to ensure that the organization sustains not only key leadership but also all supporting functions and the necessary talent stream for an organization’s long-term success. Our organization, for example, often leads brainstorming exercises to identify single points of workforce failure (individuals with a unique capability who have no functional backup) or colleagues whose departure might otherwise have a dramatic impact to team function, customer relationships or other considerations. We add those names to the list of “usual suspects” (C-suite leaders, senior management, etc.).

Finally, the organization should identify the set of circumstances that signal a succession event’s probability as well as the considerations that contribute to backfill difficulty, or severity (i.e., How long might this position remain vacant?).

Probability considerations include years to retirement, outside influences (e.g., family, health, finances, etc.), years in current position, or stage of his or her career path. Key individuals, no matter what level of senior or position they hold in an organization, are extremely likely to leave when there is no path to their goal position. On the other hand, individuals who have arrived at their “dream job” are arguably unlikely to leave that position.

Severity characteristics may include regulatory or charter role criticality, the effort to recruit and hire, onboarding level of effort, or the number of direct reports for that position, among others. Again, the organization must work through these considerations and fine-tune its model so that the result – a level of risk associated with a potential succession event – “feels” reasonable for each individual considered.

To conduct a risk assessment, consider each individual’s circumstances against the set of probability and severity characteristics, resulting in a “frequent” to “unlikely” probability and “catastrophic” to “negligible” severity assessment, respectively. That combination yields a risk level.

As you complete the assessment, you’ll develop a clearer picture of the organization risk associated with succession events. Those whose circumstances derive the highest risk arguably demand prioritized attention; those with less emphasis the opposite. The results may surprise you. 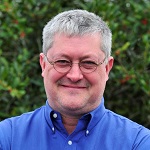 Stephen A. Ingalls is president and CEO of LGL Leadership, Inc.