Women have a reputation for being emotional. However, it may be that they are more expressive of emotion compared to men. The importance of this distinction is one of perception. Emotionality, more often attributed to women, is seen as a sign of weakness; consider how many times we’ve heard about a woman turned down for a role because “she’s just too emotional.”

Last year, Scientific American reported that women smile more than men, and their facial expressions are more exaggerated when expressing positive emotion. On the other hand, men broadcast more negative emotion (specifically, anger-related facial expressions). A study conducted by neurologists at Mindlab found that men were actually more sensitive than women when presented with emotional content, but when they were asked to rate their emotional response, women said they were more emotional than the results showed, while men said they were less emotional.

However, other studies show different results. According to 1994 research, women express more negative emotions than men, and in a 2004 cross-cultural study, women tended to report more negative emotionality. Despite the stereotypes that exist (see Alice Eagly and Linda Carli’s 2007 book “Through the Labyrinth: The Truth About How Women Become Leaders”), science presents a complicated picture of how men and women display emotions differently.

Many coaching engagements address the challenge of managing underlying emotions. Surprisingly, this challenge is more often present for men than for women, possibly because women are more transparent and tuned into the emotions they experience and express. Men, on the other hand, are less aware of their emotions, or, if they are aware, they rationalize in order to minimize them.

Many coaching engagements address the challenge of managing underlying emotions.

For example, Krish, an executive coaching client, often challenged others, including his boss. When a new leader took over the business unit, he and Krish had several uncomfortable interactions. As Krish discussed these experiences with his coach, he realized that he was mistrustful and hurt that the new leader did not immediately praise his accomplishments. He feared losing his space in the pecking order. Understanding how these emotions were getting in the way helped Krish find a more productive path forward to establish his credibility with the new leader.

The signs of emotionality, particularly with men, are often masked or subtle. Coaching wrestles with several negative effects of emotionality (conscious or below the surface):

Here are some techniques for addressing these emotional impasses:

The coach names the emotion. Once the executive recognizes the emotion for what it is, he or she can deal with it. This is the technique Krish’s coach used.

The coach advises clients that listening buys them time to recognize and manage the emotions at play. For example, Ted, a CFO, was reliant on his fellow officers and their direct reports for key deliverables. A nice guy, he would approach each of these colleagues to delegate work and explain its importance. Ted worried about his own delivery of results, which was essential to securing a position in the CEO’s inner circle. This emotion (anxiety) interfered with the two-way dialogue that would motivate colleagues to deliver. Once he practiced listening – that is, asking questions and gaining a clear understanding of colleagues’ concerns – he achieved a higher level of influence and cooperation.

The coach creates a gauge from one to 10 and describes what happens at each stage. That way, the executive learns to recognize triggers and has a plan for what to do in the moment. For example, Dave was viewed as executive with substance who was overshadowed by a commanding, intense style. Beneath the surface was a concentrated drive for power. While his coach used multiple techniques, mapping out the intensity of his emotion helped Dave recognize when it spilled over the edge into a negative force.

At levels 3 and 4, he engaged in productive consultative dialogues with colleagues. He acknowledged it felt good to be at this level. Recognizing the triggers (e.g., time pressures, certain individuals) that led him to move up the gauge into that negative territory enabled Dave to gain emotional control. When his emotions did run high, he adopted a strategy of listening and then returning to the conversation at a later time.

When black and white thinking emerges (e.g., “My answer is the right answer”), the coach can reinterpret what’s happening through a more objective lens, thereby opening up the possibilities on ways to proceed.

When black and white thinking emerges, the coach can reinterpret what’s happening through an objective lens.

For example, Manny, a hedge fund executive, was outperformed by an arrogant colleague who then moved ahead of him in rank. When asked how he felt about this, Manny said, “Fine.” The curt response suggested deeper emotions.

Manny was angry at himself for missing his targets and at the firm for being slotted as “less than” his colleague. Once he identified the emotion through dialogue with his executive coach, they worked on a paradigm shift. Manny had better management skills, creativity and collaborative capability than the colleague, so he had the opportunity to put these aptitudes into play, in particular by focusing on mentoring the talented analysts under his watch and thereby expanding his and his team’s potential. He outperformed his colleague the following year.

As coaching proceeds, it is often useful to call a time out and ask the executive to explain what is happening in the moment and how he is feeling about it. It helps the executive recognize, in real time, emotional dynamics and how to manage them, especially once the coaching engagement has concluded.

For example, Steve was on a roll during one coaching session, pointing out the ineptitude of his peers and complaining about how the CEO could not see it. The executive coach called a “stop” moment to identify the competitive motives at play and the fury that powered them. From there, coaching focused on ways to channel Steve’s energy productively.

Strong emotions can serve as exceptional engines of performance when they are positive and foster the teamwork so essential in today’s work environment. More often, however, they impede performance when they simmer beneath the surface, creating barriers to dialogue, impasses on project work, and rumination that eats up precious time for productivity.

The expression of emotions, even difficult emotions, has an uplifting effect when it clarifies the dynamics at play and stimulates discussion. It can happen in the context of a coach-client relationship or in sincere exchange with colleagues at work. Many women seem to do this more naturally. Some men do, too, but many get stuck. Fortunately, there are techniques to help them get unstuck and unleash the best they have to offer.

The expression of emotions has an uplifting effect when it clarifies dynamics and stimulates discussion. 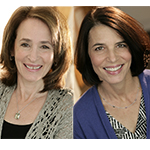 Your Onboarding is so 2019: 4 Tips to Elevate Your Virtual Onboarding Program