Nearly a century ago, a 22-year-old cartoonist named Walt Disney went bankrupt in Kansas City. He moved to Los Angeles, borrowed a few hundred dollars from his brother and his uncle, and opened an animation studio in the back of a real estate office. That little studio grew to become The Walt Disney Company, the world’s largest media conglomerate, with annual revenue approaching $60 billion and assets approaching $100 billion.

Walt Disney was a cartoon producer, feature film producer, documentary filmmaker, TV host and theme park impresario. He also produced events for the 1960 Olympic Games and exhibits for the 1964 New York World’s Fair. How did he achieve so much in one lifetime?

In part, these accomplishments are due to Walt’s mastery of soft skills. He studied people to learn how to motivate them, inspire them and leverage their skills. Walt had some of the best people skills, emotional intelligence and communication skills of any leader in any field of endeavor. He set an example for all leaders and learning professionals to emulate.

Bob Gurr worked with Walt Disney for 12 years designing Disneyland vehicles ranging from a 1910-era trolley to the futuristic Monorail. He recalled seeing starstruck business leaders trembling with nervousness in Walt’s presence — and he saw how Walt put them at ease.

“I would see him deliberately loosen his tie and leave it slightly askew,” Gurr recalls. “He had a porkpie hat he’d just wad up in his pocket … He’d flop it on his head and not even readjust it. Just wherever it hit, it hit.” Why? Because Walt was sending a subliminal message: “Don’t be nervous around me. I’m just a regular guy.”

Artist Rolly Crump, who began his Disney career in 1952, observed that Walt related differently to each person at the studio and made a point of knowing his artists as individuals. “Walt was able to reach inside you and bring to the surface a part of you that even you didn’t know existed,” Crump said. “He brought out the best in the people around him. He brought out the best in me.”

Walt knew that most people possess an array of talents, skills and interests. He never saw a Disney employee as “just an animator” or “just a songwriter” or “just a nurse.” After the Disney studio hired Hazel Gilman George as an on-call nurse, Walt learned that she had many skills and interests, including songwriting. Her teamed her up with his veteran composers, and she cowrote more than 90 songs for Disney TV shows and films, including “The Mickey Mouse Club,” “The Light in the Forest” and “Old Yeller,” all while working full time as the studio nurse.

During Disney’s early days, Walt auditioned a number of voice actors to portray Pluto the Pup, but none sounded convincingly canine. One day, as Walt was in the music studio, he heard a clarinet player named Pinto Colvig doing dog impressions for his fellow musicians — and he knew he had found his Pluto. Colvig later became the voice of Goofy, as well as Grumpy in “Snow White and the Seven Dwarfs.”

Many organizations miss out on a vast hidden resource — the undiscovered talents of their people — by imposing rigid job descriptions that inhibit the creativity of their workforce. Walt encouraged an atmosphere of freedom, idea-sharing and teamwork in which anyone could become a writer, musician or voice actor. There were no pigeonholes, because Walt knew that talent was all around the studio, just waiting to be discovered.

Many organizations miss out on a vast hidden resource by imposing rigid job descriptions that inhibit creativity.

Walt’s strongest soft skill was his ability to motivate and inspire through communication. In early 1933, he laid plans for a full-color, feature-length animated film, “Snow White and the Seven Dwarfs.” He began talking about Snow White in casual conversations with secretaries, bookkeepers, janitors and anyone else who would listen. Each time he told the story, he’d change it, adding more drama here and a joke there, refining the story with test audiences, gauging their reactions, and finding the best version of the story.

In 1934, Walt gathered 40 or 50 top animators in a darkened room. Standing in a spotlight, he acted out the story of Snow White. He performed each part, using a distinct voice for each character. He brought the story alive with the sheer energy of his performance. One animator recalled, “That one performance lasted us three years. Whenever we’d get stuck, we’d remember how Walt did it on that night.”

Walt understood that communication means more than merely conveying information. To be effective, inspiring and memorable, a speaker must communicate with a passionate and dynamic voice, animated facial expressions, big gestures, and physical action. Walt didn’t merely communicate a story; he communicated enthusiasm.

In their book “The Illusion of Life: Disney Animation,” Disney animators Ollie Johnston and Frank Thomas recalled that when Walt was preparing to produce Snow White, he hired Don Graham, the top instructor at the Chouinard Art Institute. Graham’s assignment: Teach Disney artists to improve their drawing skills. Graham spent countless hours researching and teaching himself new artistic techniques so he could teach them to Walt’s artists. Johnston and Thomas concluded, “Don soon was spending more time studying than teaching, as he tried to keep up with Walt’s enthusiasm.”

In a 1953 profile of Walt, AP reporter Bob Thomas wrote, “One element characterizes all movies bearing the Walt Disney label. That is enthusiasm. It is not hard to account for. It comes from the head man himself.”

Walt Disney wasn’t a born leader. Soft skills like people skills, communication skills and emotional intelligence are learnable skills. Walt acquired his skills over time, by trial and error and by studying people. Mastering these skills isn’t easy — but an investment in acquiring “soft skills” pays big dividends. Here’s what we can learn from the example of Walt Disney:

1. Find creative ways to put people at ease. When people are comfortable with you, they will listen to and learn from you. You don’t have to loosen your tie or throw on a porkpie hat. Instead, think of ways to engage with people. Have opening lines ready as conversation starters. Show an interest in people. Invite them to call you by your first name (Walt insisted on it). Put them at ease, and win their trust.

2. Avoid pigeonholing people. Get to know people. Ask them about the things they care about — their passions and hobbies and strongest talents. You might be amazed at all they have to offer.

3. Sharpen your communication skills. Don’t focus solely on facts and information. Communicate with your eyes, with your expression, with your movement and with the dynamic range of your voice. Communicate enthusiasm. Communicate to inspire and motivate. Tell powerful, memorable stories that will make your message unforgettable.

With Walt Disney as your soft skills role model, there’s no limit to the magical heights you and your organization can reach.

With Walt Disney as your soft skills role model, there’s no limit to the magical heights you and your organization can reach. 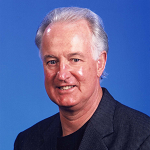 Pat Williams co-founded the NBA’s Orlando Magic and served as general manager of four NBA teams, including the 1983 World Champion Philadelphia 76ers. He has written more than 100 books, including “Lead Like Walt: Discover Walt Disney’s Magical Approach to Building Successful Organizations” (out today).