It’s not easy being a middle manager. Days are spent translating vision and strategy into practical day-to-day actions that deliver results in a rapidly changing world. Often promoted based on technical skill, they can be thrown into roles where expectations are high, but it’s unclear what they must do to meet them. They must empathize with both sides to balance conflicting priorities and tensions, all while acting as translator, role model and coach.

So how can a middle manager do all this — and still be effective?

Managers are pragmatic interpreters, framing and repackaging corporate ideas to harness the team’s energy, generating involvement and ownership. They have a huge advantage over executives — unrivalled credibility. After all, many middle managers have real experience, something more highly prized by the those who work under them than C-suite executives. The ability to influence both up and down is a powerful tool in becoming an agent of change management.

Change is part of corporate life, and must be embraced, but there will naturally be those who resist it. The middle manager can leverage their understanding of the concerns and challenges of their internal networks to frame changes in different ways. Knowing the internal audience to market the change as minor, or as an exciting solution — while providing real measures that everyone recognizes — can be the difference between success and failure.

Training takeaway: Don’t give the team too much autonomy early in a change when direction is needed, then intervene too much later when the team is not performing well. Work closely with the team at the outset, draw up ground rules and set up regular reviews.

Middle managers must empathize with both sides to balance conflicting priorities and tensions.

Your organization probably has a glossy poster in its reception area promoting a list of values. Most employees walk past it every day, and most cannot name a single value.

Rather than focus on the buzzwords, create behavioral norms that facilitate good relations and positive interactions between employees. With the rise of hybrid work, it is more important than ever to make space for those impromptu encounters that inspire. Recruit for attitude, not technical skills. Encourage cross-functional interactions to spark innovation. Most importantly, celebrate success. Sooner or later, if the influential and well-connected middle manager lives these principles, that poster in reception will tell the truth.

Training takeaway: Model the behaviors that you want to see in the organization. They will become emotionally and culturally contagious.

Despite the recent talk about coaching and its proven benefits, middle managers have long been the quiet experts. They have an big advantage over external consultants and executive counterparts — managers are present when significant changes are happening on their team. Even the best training fades on the return to the workplace. Managers give context to transfer this learning into problem solving to maximize the value of training.

Coaching and counseling are difficult to separate — work performance is inextricably linked to personal triumphs and tragedies. People have always responded to attention as a motivator. Coaching is a perfect remedy because of the power of feedback, which energizes, motivates and empowers staff to build rich connections and fulfills the thirst for attention. Use coaching to increase autonomy and develop a psychological climate that says, “It’s OK to make mistakes — as long as we learn from them together.”

Training takeaway: Drive success through clarity, constant learning and relationships to stay solutions-focused rather than problem-obsessed.

Despite the explosion of work in recent years focusing on upgrading managers to leaders, middle managers are the lifeblood of an organization, acting as a one-stop shop for aligning the interests of those above and below them. Ultimately, they translate vision into reality. The next step to sharpen it. 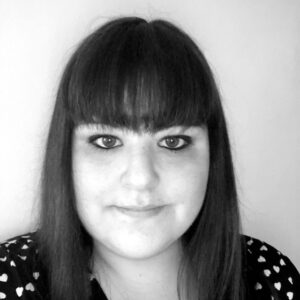 Rachael Pemberton-Baghurst is the performance and development director at Designer Contracts, driving improvements through her promotion of building a values-based knowledge culture as part of the learning and development (L&D) strategy.