When I first interviewed Jay Bonansinga, the bestselling author of the “Walking Dead” novels, for my book “The Bullseye Principle,” I was surprised by how he was able to tie various concepts of narrative and storytelling into the challenges that leaders encounter every day in the corporate arena. He pointed out that lessons for leaders are often buried in stories, just waiting to rise from the page or screen and walk, upright, down the corridors of corporate America. Great leaders understand the power of narrative, and great leaders, no matter their role or industry, must be effective storytellers.

“Often technical people are not accustomed to telling stories,” says Bonansinga. “They are more accustomed to filling people’s ears and brains with numbers and data. But it also makes narrative more important because an audience will sit up and lean in when they hear a story. Subject matter experts often fail to realize that it’s not the quantity of the information they are imparting to an audience—if they’re showing three pie charts, it won’t make it twice as good to show six. The key that will unlock success is telling a story that generates emotion.”

I asked Bonansinga to provide five lessons that leaders and leadership development professionals can glean from the storylines and characters in “The Walking Dead,” and he was happy to provide the following tips, each of which can be used by leaders and executives to be more effective, collaborative and engaging with their clients, bosses and teams.

We are bombarded with information, much of it noise. Business leaders must slash through the chaff with the force of a machete in order to get to the grain. On another level, the challenges facing leaders are insidious but also removed by layers of firewalls: a fluctuating marketplace, digital overload, change and more change. We can deal with each issue one at a time, but they keep coming – like zombies. The key is to always pay close attention – to your people, your bottom line, your corporate culture and your workers’ morale – and deal with each challenge quickly and fairly. That’s how one survives in “The Walking Dead,” and that’s how one thrives in business.

Also, you might want to keep an eye on that shadowy gap between the copy machine and the coffee maker. Scary things lurk there: complaints, company gossip or simply someone waiting to take your money for that football pool you’ve been avoiding.

In “The Walking Dead,” the hero is a former cop named Rick Grimes. (Come to think of it, everybody in the zombie apocalypse is a “former” something.) Grimes is also a natural-born leader, and he assumes the leadership mantle with courage and grace … most of the time. His anger and his overzealous protectiveness can get the better of him, but he knows in his heart that all law enforcement personnel, as well as all good leaders, have an unwritten contract with their constituents: Do no harm, protect the group order and serve each individual as though he or she is as important as you. All of which not only works well when blazing a trail through zombie-infested woods but also keeps business units humming along like well-oiled machines. Trust is the currency by which we all do business. Use it wisely.

Trust is the currency by which we all do business. Use it wisely.

At the end of season 2, episode 12, Rick Grimes takes matters into his own hands. With little forethought or strategy, he pushes aside his fellow survivors in order to kill a traitor. Maybe it had to be done, but it led to heartache and dissension in the ranks. “This isn’t a democracy anymore,” Rick informs his shocked troops in the aftermath.

This approach isn’t the best way to lead or the best example to set. Remember: People would rather work with you than for you. Rick’s actions were impulsive, vindictive, overbearing and a sad example of autocratic leadership. But there are alternatives…

Sheriff Rick Grimes became a Renaissance man of the zombie apocalypse – father, badass, sexiest man alive, and good with Colt revolvers and cutlery. As a leader in such trying times, he always groped for a vision, a mission beyond simply surviving at all costs. Then, in episode 12 of season 9, a strange, old hippie woman in a van with a thing for vinyl record albums shows up from out of nowhere. She has actually written down, in a three-ring binder, a manifesto she calls “A Key to the Future.” Over the course of many successive episodes, the Utopian concepts of the manifesto are revealed in stages, some of them exceeding Rick’s reach. What matters most is that the binder gave Rick a business model. It gave him a battle plan, a raison d’etre, a target for a better future – which makes all the difference. As a leader, the clearer you are able to define your vision, the easier it will be to get others to follow you.

“We do what we need to do, and then we get to live,” Rick Grimes tells his people in season 5. “This is how we survive: We tell ourselves that we are the walking dead.”

These words resonated for legions of fans. How do we truly know who we are? How do we communicate a collective identity to a group? This is the essence of good leadership: knowing, believing and making sure everybody else on the team is a believer.

This is the essence of good leadership: knowing, believing and making sure everybody else on the team is a believer.

“This is who we are,” Rick Grimes is fond of saying to his people when recruiting them for a new mission of mercy. Those words convey volumes and always serve Rick well. They can also serve you and your organization as you seek to define who you are, the values you live by and the direction you are headed in. 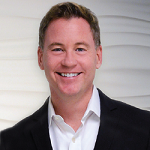 G. Riley Mills is the co-founder and COO of Pinnacle Performance Company and co-author of “The Bullseye Principle.” He has coached some of the world’s top executives and leaders on their communication skills in more than 30 countries.

The Future of the Training Industry Is the Ecosystem