In academia, there are a number of fields that have been shaken by the practice movement, or what sometimes is also referred to as “the practice turn,” in management and social science. Although this subject has confined itself mostly to the ivory tower, it has implications that might notably affect learning professionals.

There are several fields that have adopted the practice perspective, often referred to as the “as-practice” movements. Let’s consider two: strategy-as-practice (S-A-P) and leadership-as-practice (L-A-P). In the former case, S-A-P alters our thinking about strategy as no longer an attribute that the firm has but as something that people do. It looks at such activities as conversations, board meetings, consulting interventions and team briefings, conducted not just by top managers but by middle managers, consultants and business school gurus. Sometimes, the deliberations are formal and critical; at other times, they are informal and routine, but strategy is taking place.

In the field of leadership-as-practice, leadership is thought to occur not just by an individual leader but as a turning point or change in trajectory in the practices by those engaged in a mutual endeavor. The practices are often collective, can be usual or new, are shaped by the context, and normally interact with particular tools or materials in use. This perspective challenges our traditional views of leadership, because it does not rely on the attributes of individuals or focus on the dyadic relationship between leaders and followers, which historically has been the starting point for any discussion of leadership. So, where do we find leadership? We find it in the practices in which it may be occurring.

Where do we find leadership? We find it in the practices in which it may be occurring.

Let’s consider an example: Brigid Carroll of the University of Auckland describes the case of a medium-sized IT company where the professionals work in an open room. In one pod, people are working individually and spontaneously consulting with one another but assemble together as a team once one of the members, named Dan, takes out a Koosh ball from his desk and re-arranges some post-it notes on a board. People start to banter, and then Dan throws the ball to someone else, who recounts what he or she is working on. This pattern continues, and some members become quite animated, revising the post-its and/or addressing some new dimensions of the problem. Dan eventually puts the ball away and returns to his desk; some members go back to their stations, while others stay to pursue the issue.

This activity demonstrates the practice perspective of leadership in which some parts are routinized while other parts are filled with ambiguity. The participants co-construct their sense of direction through their own unique form of social interaction. In doing so, they rely as much on physical artifacts as they do on conversation. Yet there is leadership, although the professionals disregard any pre-fixed leadership roles. Dan has a senior role, but he seems uninterested in authority. Leadership unfolds from the collective encounter in which those involved play a contributor role, whether they acknowledge it or not.

If the practice movement strikes you as a compatible leadership approach to the re-engineered work of the digital era, it will require a shift in the organization’s learning about leadership. First of all, the shift is literally to leadership development instead of the more familiar leader development. Since the focus is on practices, learning does not concentrate on training just the top managers; it applies to everyone associated with the practice or project in question. There is attention to their relationship(s), their materials and the specifics of the context in which they are working. Rather than dwelling on generic leader competencies that may not apply to the setting, learning is brought into the lived reality where the project is transpiring and where people can be found engaging with their colleagues on particular problems. Using such techniques as action learning, trainers offer participants a means of collective reflection on their experience so as to expand and even create knowledge while at the same time serving to become critical about and improve their leadership practices.

The shift is literally to leadership development instead of the more familiar leader development.

This is not to suggest that being exposed to simulated experiential activities solving problems via standard classroom training is unneeded. Experiential learning can prepare participants for the ultimate application of the metacognitive critical skills required in naturalistic settings. But the subject matter of leadership training under the practice approach would need to re-orient to a focus on the involved team as it builds its own social capital and collective leadership capacity through collaborative problem-solving norms and skills.

Among the norms for collaboration would be openness and transparency, mutuality, valuing of differences, and encouragement of respectful dissent. Among the skills for collaboration, collective learning may be the most important, especially through the use of dialogue. In dialogue, participants commit to listen to one another, reflect on perspectives different from their own and entertain the prospect of being changed by what they learn. Relying on effective team facilitation and coaching, participants learn how to surface and question their own mental models and attributions. They also acquire the confidence to determine the course of their work without the need for constant oversight.

The training would be delivered just in time and in the right dose to be immediately helpful. Wikis and other forms of “pull” technology, along with social networking, can help participants find the answers they need. Knowledge arises less from pure expertise and more from contested interaction as people improvise to solve their own problems. Leadership learning, then, occurs less from a vertical transmission of instructions. In the practice world, it needs to occur laterally across those connected to each other doing the work.

Leadership learning needs to occur laterally across those connected to each other doing the work. 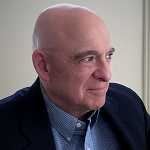 Joe Raelin holds the Knowles Chair of Practice-Oriented Education at Northeastern University and is principal of the firm The Leaderful Consultancy. He can be reached by email.