One of the most difficult challenges organizational development consultants face is leaders’ unwillingness to hold their organizations accountable to developing their people. While most leaders say that they believe leadership and talent development are critical to creating sustainable excellence, many they do not devote organizational resources commensurate with the stated level of importance.

In other words, leaders will say that on a scale of 1 to 10, talent and leadership development is an 8 or a 9 in importance. Yet, judging by the energy and accountability they devote to it, they treat it as if it were a 2 or 3. So, either they are lying, or they don’t realize that they are not treating development as a critical business activity. The latter is probably more accurate, but they are probably lying to themselves a bit, too.

The bottom line: Show me where someone spends their time and money, and I’ll show you what they value.

Why is this dynamic so pervasive? Why do leaders so often rationalize their lack of focus on development? There are a couple of reasons.

It Takes Time for Development to Bear Fruit

Developing people takes time. In an environment where leaders are under continuous pressure to produce results, they gravitate to the urgent task that has the potential to take their head off rather than on the important task that, if delayed, will not materially affect their well-being for some time to come.

In fact, since the cycle time for many leadership roles is often only two or three years, it makes no sense from a career advancement perspective to devote a lot of energy to activities that will not bear fruit until after the leader has moved on. As a result, leaders kick the development can down the road to focus on activities that promise quicker rewards.

Human Resources Doesn’t Have All the Answers

Leaders often take their cues from the human resources (HR) team when it comes to tools, processes and best practices in people development. And while HR sometimes does a good job of developing tools and processes to facilitate development, it often falls short by believing that the tools and processes, themselves, are the end game. But, as Marshall Goldsmith wrote for Harvard Business Review, “Succession plans do not develop anyone; only development experiences develop people.”

There is a gap: HR doesn’t often deliver accountability and oversight tools and processes to the organization that would effectively help leaders drive development. While the HR team could provide those tools if it wanted to, there are a couple of gaps in perspective that work to prevent it from doing so.

Firstly, HR’s perspective is not generally anchored in quantitative measures that drive accountability. Rather, it usually operates within a mental framework that emphasizes a shift in thinking, with the belief that a shift in thinking is a prerequisite for a shift in accountability and results. In other words, leaders must believe that developing people is a valuable use of their time, and if HR provides effective and compelling tools and thought leadership, leaders will naturally begin devoting the requisite time and energy to developing their talent.

HR’s focus, then, is on building tools and changing hearts and minds — which belies the reality that accountability and oversight drive behaviors, which, if the outcome is worth achieving, drive a shift in thinking. Put another way, when leaders are forced to develop people, they begin to see that it is a worthwhile endeavor, and they will begin using the HR team’s tools. Given that leaders have many other urgent tasks on their plate, it’s fruitless to wait for them to “see the light” and act on it in a meaningful way.

No One Knows Who Is Accountable

This dynamic is exacerbated by confusion as to who is accountable for talent development. Leaders, eager to divest themselves of the responsibility, point to HR. HR, meanwhile, points (rightly) back to leaders. Add the oft-quoted adage that “employees need to own their development,” and we have a situation where everyone is looking at everyone else for accountability. It even seems to suit all parties that this ambiguity persists. As long as they don’t have the kind of accountability that we devote to operational parts of the business, no one has to do anything. For overworked leaders and HR partners, that’s usually alright!

To be fair, these are general themes. Some leaders do an excellent job of developing talent and devote considerable time and energy to that end. Some HR professionals have an effective perspective and are frustrated that leadership won’t hold their organizations accountable to development. However, there is just much variability in perspectives, and this variability inhibits the kind of critical mass and organizational alignment that would yield considerable value.

The answer is to eliminate the ambiguity around who is responsible for developing talent by making leaders directly accountable. If leaders’ bonus is at risk, they will begin to devote considerable energy to developing their talent.

Why shouldn’t we drive that kind of accountability? If we believe that developing employees’ capability to drive innovation, solve problems, and create new and better ways of doing business is a differentiator, then we should treat it as such. HR can provide accountability, oversight models and tools leaders can use to drive results with the same rigor that they drive other mission-critical operations.

It’s that simple. Once leaders are held accountable to driving development, they can begin to see that developing human capital in a rigorous way provides a clear differentiator in the organization’s ability to compete and create value.

Developing human capital in a rigorous way provides a clear differentiator in the organization’s ability to compete. 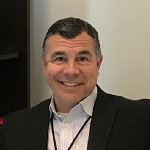 Thane Bellomo is an organizational development consultant with over 20 years of experience helping people and organizations maximize their potential and optimize their results at CCSPerformance.com.