Many leaders would agree that personal character provides a guardrail for an individual’s career path. However, few recognize that there’s something just as important to the individual and the company they choose to work for: upstanding character.

Upstanding character is a modern framework for decision-making. It’s informed by the values an organization and its leadership and teams commit to that define their behavior. It is the foundation of trust companies need to build for strong and lasting relationships with others within and outside their work environment.

People expect businesses they buy from or work for to be good citizens — to value and respect diverse experiences and perspectives and to work for the greater collective good of the communities in which they serve. These expectations are critical to the management, growth, and overall success of an organization. An article by Robert Ludke, executive vice president in Hilton+Knowlton Strategies’ corporate advisory practice, says there are three primary filters by which the public views and evaluates companies:

Character lies at the intersection of these three filters, and it determines whether someone—a prospective employee, a vendor, an investor, a customer, a member of the community—will be willing to enter a relationship with a company. While brand derives from a company’s culture and values, behavior and character are reflected in its leaders’ and employees’ decisions. As such, it is in the best interest of leaders to ensure that there is little to no disparity between the two.

Leaders are in the unique position to mobilize and align people around a collective purpose by way of company values, and to make their organizations more purpose driven. Start by defining a clear purpose statement and creating a character-led culture where people are empowered to bring their best selves into work every day. Having a strong set of values and culture gives workers a sense of belonging, while purpose helps them align their work to their company’s overall goal.

Employee satisfaction and engagement are huge drivers of employment and retention.

A coinciding Glassdoor survey of 5,000 adults across four countries — the U.S., the UK, France and Germany — found that:

Clearly, culture matters. For an engaged and productive workforce, organizations must embrace a character-based leadership strategy. Often, leaders who embody upstanding character have deep personal convictions. They are accountable, they foster inclusivity and they have a growth mindset. Most importantly, however, they are in touch with their core value system. Leadership development programs should address core soft skills like empathy and self-awareness to help leaders tap into their true character and become more effective as a result.

Upstanding character prioritizes inclusion and collaboration, and leaders have a responsibility to translate their values into an inclusive work and learning environment for those who work for them.

At the core of upstanding character are two simple truths: trust and respect. Fostering an environment of psychological safety will help employees feel comfortable speaking up, disagreeing openly, or even offering a completely new, innovative idea without fear of repercussions.

When leaders respect, trust and encourage their teams to grow and learn, their true character shines through, improving employees’ commitment to both the organization and the people it serves. Now more than ever, companies must embrace character-led leadership to attract, train and retain their most valuable asset: their people.

At the core of upstanding character are two simple truths: trust and respect. 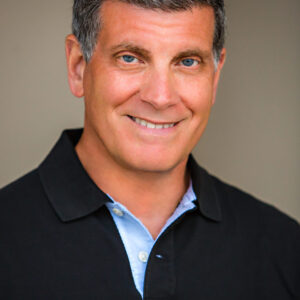 Frank Calderoni is the Chairman and Chief Executive Officer of Anaplan and author of UPSTANDING: How Company Character Catalyzes Loyalty, Agility, and Hypergrowth. A technology industry veteran with over 30 years of leadership experience, Calderoni has helped to guide organizations through disruptive change and incredible growth. Before joining Anaplan, Calderoni served as the Executive Vice President of Operations and CFO of Red Hat. He also spent more than a decade at Cisco, during which he was named one of the best CFOs of 2012, 2013 and 2014 by Institutional Investor and CFO of the Year by the San Francisco Business Times in 2015. Prior to Cisco, Calderoni held senior leadership roles at QLogic Corporation and SanDisk Corporation. Earlier in his career, he spent 21 years at IBM. Calderoni previously served on the board of Palo Alto Networks and currently serves on the board of Adobe Systems, Inc.

How to Create an Effective New Hire Training Program: Part 2

Obstacles That Could Stop You From Becoming a Great Leader — and How to Overcome Them: Part 2

How to Create an Effective New Hire Training Program: Part 1