We all know how it feels to be excluded. Just think back to childhood days of not being invited to a party or having no place to sit in the cafeteria at lunch. Sometimes, we forget that exclusion is alive and well among working adults, too. There is no shortage of opportunities in the workplace for making others feel like they don’t belong, whether it’s leaving them out of a meeting, not introducing them to a client or overlooking them for a career-changing assignment.

What many of us can’t relate to, however, is tackling exclusion head-on. As humans, we tend to avoid confrontation like the plague. Choosing to shrug it off may feel like no big deal in the moment, but persistent workplace exclusion is no joking matter. The resulting poor performance, increased stress and turnover hurt us, our teams and our organizations. As leaders, we have the power and responsibility to create and foster the type of culture where everyone on our team can thrive.

But what does it mean to lead inclusively? Although there is no standard recipe for inclusion – it inevitably varies by culture and individual – one thing is for sure: If inclusive leadership feels easy, you’re doing it wrong. It takes effort, and because it’s worth it, leaders need to embrace the inevitable discomfort that comes with leading inclusively.

Because it’s worth it, leaders need to embrace the inevitable discomfort that comes with leading inclusively.

How many opportunities for fostering inclusivity (e.g., attributing credit for a stolen idea or not amplifying the voices of silenced others) have you let pass by? We often choose inaction because we’re afraid of saying the wrong thing, coming across as offensive or (dare I say it) being labeled as an overly-sensitive “snowflake.” What’s worse, though, is perpetuating a status quo that systematically disadvantages diverse team members.

So, what does it mean to lead inclusively?

An unfortunate consequence of the #MeToo movement is that many male leaders started avoiding one-on-one time with female colleagues in fear of such meetings’ being misconstrued as inappropriate workplace behavior. However, it becomes a barrier to career progression if women can’t network with their colleagues or seek advice from a male manager.

Remember that there is no harm in openly offering support to people who are not in your “in-group.” Whether or not they accept or decline, at least give them the opportunity to choose. Don’t let preconceived notions prevent you from demonstrating your willingness to reach across differences. The gesture alone can go a long way toward building an inclusive culture.

Don’t let preconceived notions prevent you from demonstrating your willingness to reach across differences.

People often avoid asking about things they don’t understand, wanting to avoid a potentially awkward conversation. However, such interactions allow us to connect with others in a meaningful way. We achieve inclusivity when employees feel comfortable bringing their unique and authentic selves to work, and there’s no better way of making someone feel like they belong than by learning more about them on a personal level. If they shared that they observe different holidays than you, ask them about their favorite ways to celebrate. If they’re a music enthusiast, ask them for recommendations about new bands. And express genuine interest when they respond.

Asking Is Always Better than Assuming.

Humans are predisposed to making assumptions. Expecting things to be a certain way allows us to quickly understand an otherwise complex world. When it comes to people, though, it’s important to deliberately dispel any assumptions we may hold. Learning new information about someone can have a major impact on the business, like when it comes to filling a pivotal role or retaining top talent.

Consider James, a star performer who left a company he loved because he wasn’t offered a promotion. As it turned out, a less qualified candidate was given the position because James’ boss incorrectly assumed that he wouldn’t relocate – a requirement for the new role – because he had children. We risk losing great people when we assume their preferences rather than asking them point-blank.

Courage Is Not an Option.

There’s too much at stake to sit back and watch exclusion persist in the workplace. It takes courage to put yourself out there. But the rewards of building an inclusive workplace outweigh the fear of the unknown, the discomfort of approaching potentially awkward conversations and asking questions that might otherwise be easier to leave unsaid. Leading inclusively may be painful at times, but it’s worth it.

There’s too much at stake to sit back and watch exclusion persist in the workplace. 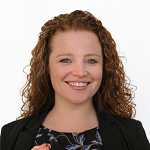 Dr. Victoria Mattingly is a senior solutions designer at Mind Gym and an organizational psychologist who specializes in leveraging learning and development to help people in the workplace be better humans.