It’s easy to assume that the people who’ve made it to the top are equipped to succeed there. This assumption is as old as the Peter Principle. Despite decades of analysis and teaching by business schools about what makes a good executive leader, the executives themselves still find that it’s lonely at the top and that they don’t have everything they need to succeed. In fact, 68 percent of CEOs say they aren’t fully prepared for the job before they take it. Most executives have no choice but to use on-the-job-training to fill in their skills gaps. Normal “training,” common-denominator-material delivered in a teaching format, is too often a waste of their precious time.

This situation is frustrating for the training and talent development professional, especially when you see your high-potential graduates move into the executive ranks, and their personal ability gaps become glaring. Once they’ve been promoted, it’s often too late for remedial executive training to brush up on key skills. Even if you could, it wouldn’t work.

The Executive Perspective Can’t Be Faked

The biggest challenge in helping new executives make the transition to more senior levels of responsibility is that no one – not them and not the people who want to help them – fully understands the challenges they will face when they get there.

The biggest challenge in helping new executives transition is that no one fully understands the challenges they will face.

A corporate department has, over the last several years, been going through a major reorganization and leadership change. They’ve used traditional training workshops and one-on-one executive coaching for their high potentials both before and after their promotions, when they moved from running small teams to executive positions managing large parts of the organization. From this process, you can glean two lessons about the limits of training and the need to continue supporting executives with coaching:

The shift into the executive ranks means it has become impossible for the leader to succeed through the fruits of his or her own efforts. Success becomes the product of other people’s work, forcing the executive to truly become a leader of others. Leadership is not an activity; it’s a mindset and an identity. At the end of the day, personal identity is not something education and training can provide. Freshly minted executives must discover it for themselves, and the only environment that will spur this growth addresses the challenges their new responsibilities will provide.

For the company mentioned earlier, this environment looked like learning the same things twice, once in the hypothetical and low-risk situations of the “shadow executive” and once in the trial-by-fire that became their actual executive role. Despite having a supportive boss who allowed them to shadow her and take on as much responsibility as possible before their promotion, these individuals could not fully understand the challenges before them, or the mindset necessary to overcome them, until they started their new role. Prior to their promotions, coaching sessions covered how to set empowering goals for others, how to prioritize their own energy to reduce stress and how to communicate more efficiently. Once the promotion was public, coaching helped them through each of these areas again, with a fresh mindset sharpened by the higher-stakes problems and outcomes for which they were newly accountable. All of them, women and men, had to push through a crisis of confidence related to the imposter syndrome, before they found their footing in this new identity.

Many organizations say they want to improve their cultures, yet few truly understand the critical role of executives in maintaining the current culture and shaping it into something new. Culture work is where executive training often makes sense, because few executives feel educated about what culture is, much less how to impact it. For this reason, especially if they’re motivated by an inspiring leader, they are generally open to training on the key components of culture. Once trained, they can be facilitated through a conversation to decide how to apply this knowledge to their own organization. Going through this learning and facilitated decision-making in a group setting is powerful for most executives.

Culture work is where executive training makes sense, because few executives feel educated about culture and how to impact it.

However, when working with executive teams on culture change efforts, training is not enough. Unlike executive activities, cultures result from more limbic areas in our brains. To shift a culture, the executive’s personal identity must shift and go even more deeply into who they are and who they want to become as an executive. An executive who leads the culture must shift from a focus on what the organization achieves to a focus on how and why it achieves it.

This shift is fundamentally unsettling for most individuals, requiring them to step up to new levels of confidence and trust in their own ability and in the ability of their teams to produce high-quality results. Such deep levels of trust are hard for most people, especially people who are on point to produce significant results. In moving into these levels of trust, however, executives open up new energy to use in changing how results are achieved (i.e., changing the culture). This shift into trust is foundationally personal. While coaching can help executives through this kind of discomfort, even a skilled executive coach may not be privy to all of the shifts taking place as a leader transforms into one who can effectively guide a culture change.

The best executives aren’t untrainable; they simply can’t be trained by us. When given the tools and the support they need, they can train themselves to become exceptional leaders capable of moving beyond the ordinary into the extraordinary.

When given tools and support, executives can train themselves to become exceptional leaders. 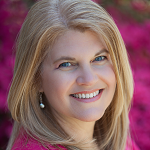 Dana Theus is an executive coach and president and CEO of InPower Coaching. Leveraging leadership lessons she learned while serving on the front lines of business, Dana helps emerging and established leaders activate their highest potential to succeed, to shine, and to motivate their teams to greater productivity and purpose. Learn more about her organizational coaching and executive coaching services.