There are many responsibilities leaders must perform when overseeing people. However, one task rises in importance above all others: They must address and resolve conflict.

Too many so-called leaders fail to have critical discussions with their employees, which always leads to disaster. On the other hand, some leaders go right into attack mode whenever someone disagrees with them, which proves equally disastrous. When it comes to resolving conflict, the natural response of “fight or flight” does not work. To address and resolve any conflict, leaders must master two skills: emotional intelligence and EPR.

Emotionally intelligent people can control their emotions and egos. Unfortunately, thanks to our amygdala (two little balls about the size of our thumbnails that sit just above our ears and behind our eyeballs), humans are wired to react in 17,000ths of a second. That response is at least twice as fast as the human’s logical brain, or frontal lobes, can react, according to Daniel Goleman’s books on emotional and social intelligence.

This emotional system worked great 5,000 years ago, when humans were food for lions and tigers and bears. In the 21st century, it is disastrous.

Humans are hardwired to enter “fight or flight” whenever they feel threatened. Most people either attack back or retreat. Both responses kill relationships. To resolve any conflict, leaders must first control their ego and emotions. If they can do that, addressing and resolving the conflict is easy.

The difference between success and failure is five seconds. Taking five seconds to stop and let the logical brain catch up with the emotional system can keep leaders from reacting emotionally and destroying another relationship.

The next step in resolving any conflict is empathic listening (E). Stephen Covey probably put it best when he said, “Seek first to understand, then seek to be understood.” In conflict situations, most people start the discussion by explaining their side to the other person. The logic here is clear: If you can explain your side to the other person, he or she will “see the light,” and the conflict will be over. Problem solved!

Taking five seconds to let the logical brain catch up with the emotional system can keep leaders from reacting emotionally.

Unfortunately, handling conflicts this way tells the other person, “I don’t care what you think.”

Instead, leaders should begin every conflict discussion with empathic listening, which means saying something like, “I know there is a problem, so I wanted to touch base with you and hear your side. I want to understand where you are coming from, because I want to resolve this and make sure that you and I are good.” Then, they focus on what the other person is saying.

The next step is parroting back what the other person said, to that person’s satisfaction. Parroting ensures that the leader really engaged in empathic listening and creates a common understanding between the two people. With parroting, the leader would say something like, “OK, now let me make sure I’ve got this. You are telling me this … and this … and that. Do I understand?”

The final step in the EPR process is giving the other person a “reward,” which only occurs when the leader is going to disagree with them. When they agree, the agreement is enough, and a reward is unnecessary.

In this case, giving someone a reward means validating the other person’s viewpoint. The leader protects their self-esteem and their right to their opinion while disagreeing with them on this particular topic. They would say something like, “I see what you are saying, but I also think…” or, “I understand where you are coming from, but what about…” and so on.

In the end, the key to leaders’ addressing and resolving conflict lies in gaining control over their ego and emotions and using their EPR skills.

Parroting ensures that the leader engaged in empathic listening and creates a common understanding between the two people. 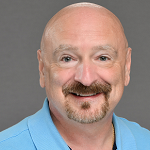 Scott Warrick, JD, MLHR, CEQC, SHRM-SCP, has been an employment and labor attorney, human resources professional, and popular speaker for more than three decades. He is the author of the new book “Solve Employee Problems Before They Start: Resolving Conflict in the Real World.”