In business education, at the MBA level through the senior executive level, it is normal practice to assign business cases to make a key learning point. This methodology is time-tested and effective. It can be a refreshing change from other teaching approaches, allowing the participants a chance to sit with the written content and prepare themselves for the following day’s lecture and discussion. The success of using this methodology depends on the instructor’s ability to extract insights that will apply to an audience that, most likely, doesn’t work in the specific industry of the assigned case. The learner, whether a graduate student or an executive education participant, needs to be able to extract the learning from the case, capture it and then apply it at a later date in their professional career. If they can’t do so, then they have just been memorizing a moment in business history, as opposed to learning how to succeed as a leader.

Fictional narratives – novels, films and television – offer an engaging alternative to business cases. Fiction is created to entertain. Its goal is to reach and hold the interest of an audience. This doesn’t mean that business cases can’t be entertaining and hold the reader’s attention or that any fictional narrative will hold the attention of every executive education student. Fiction is subjective, open to interpretation and always has the potential of not sticking with the reader. But when it sticks, the impact is powerful, because the class rallies around a common interest in the narrative. If the professor succeeds at selecting an effective narrative and teaching the material in a relevant way, the students receive a gift in their ability to remember the lesson and apply it to their future challenges.

Harvard Business School professor Joseph L. Badaracco, Jr. put into practice the idea of replacing the traditional business case with narrative fiction. In the introduction to his book “Questions of Character: Illuminating the Heart of Leadership Through Literature,” Badaracco writes about a class he held with board members from his school. He had assigned Joseph Conrad’s 1909 short story “The Secret-Sharer,” which takes place in what is now known as the Gulf of Thailand and involves the captain of a ship who breaks protocol and offers support to a man that swims up to his ship, professing to be innocent of a murder. The captain lies when a search party arrives from the ship where the man escaped. The captain is on a slippery slope and concerned about his choice, and the possible reaction of his crew, if and when his decision is recognized.

Badaracco was not speaking to people in the maritime or penal industries. He was speaking to board members contributing to the leadership of an educational institution. He decided prior to the class that his decision to assign fiction instead of a business case was ill-conceived – but it worked, triggering a lively discussion. He acknowledges in the introduction that maybe he was lucky that first day and had the right people in the room. It could have helped the ensuing discussion that the board members were surprised by not being offered a business case. Yet, despite these possibilities, something else happened:

The story also raised several questions about leadership that the executives recognized as critical, and by pulling them in the story got the executives to think about these questions in personal terms. They moved back and forth, easily and naturally, between the challenges facing the captain and the challenges in their own careers. Conrad’s story worked as a remarkable mirror: by looking closely at the new captain, the executives reflected on themselves as leaders.

One of the advantages to studying leadership through the lens of fiction is that fictional characters often exist in intense environments, where the stakes are high. Fiction works at the top of the performance game: It aims to hook the reader or viewer. When the narrative connects with the executive education student, it offers the teacher and class a refreshing approach to studying leadership.

When the narrative connects with the executive education student, it offers a refreshing approach to studying leadership.

The HBO series “Game of Thrones,” based on the Bantam Books series “A Song of Ice and Fire,” by novelist George R.R. Martin, offers a tapestry of malevolent and benevolent characters. These characters struggle to succeed in an unforgiving environment where leadership of oneself, one’s colleagues and one’s organization can be the difference between success and failure … and between life and death. In Westeros and Essos, characters must choose to compete if they want to win and not die. We can reflect on their decisions and their behaviors; we can leverage the high-stakes fiction of “The Known World” to better understand our professional choices.

In “Game of Thrones,” the stakes are high. The first season brought significant surprises to the viewer. (Spoiler alert!) In Westeros, Lord Eddard “Ned” Stark, the apparent hero of the first season, is betrayed and loses his head in front of his terrified daughters. Across the Narrow Sea, in Essos, Daenerys Targaryen is betrayed and loses her husband and unborn baby, yet she finds her way forward, transformed at the end of season one from an apparent victim into a leader, known by her followers as the Mother of Dragons.

Both of these characters make decisions that contribute to their fates. Ned makes mistakes based on his assumption that his personal values are correct. His arrogance allows him to be manipulated by a colleague, Petyr Baelish and causes him to become isolated in his new leadership environment and miss the potential support of a necessary ally, Lord Varys.

Daenerys also made a dangerous mistake that had horrible results. Both Ned and Daenerys made the error of trusting the wrong people; the difference is that Daenerys survived. She paid a high price yet learned from her mistake and led herself forward, rallying people to her side. She became a leader who is later described by one of her direct reports as “The Queen We Chose.” Her journey gives us insights about our capacity to benefit from executive coaching, as well as an example of how to tap into authenticity to further our professional careers.

Fiction offers an engaging alternative to studying business cases. Both methods are effective, yet fiction presents compelling and entertaining narratives. It also offers a diverse class another advantage in leadership discussions: the potential for students to bring their own professional and life experiences to the discussion, comfortable their ideas will be valid and not secondary to a specific industry specialist with insider knowledge of the case. When Badaracco writes about the discussion on “The Secret-Sharer,” he says a unique dynamic, created by a Polish-British novelist with a seafaring background and set on a fictional ship 200 years earlier, offered relevance to his contemporary audience of board members.

Fiction is one lens as valid as the use of business cases. An additional lens is life experience. Badaracco writes, “The best way to learn about leadership, or any important aspect of life, is through actual experience.” However, he points out that learning through experience can arrive late and with a high price. Fiction offers a refreshing way to help business students improve their decision-making under pressure and positively impact what they learn through their life experiences. In short, fiction sticks – whether the students are imagining themselves in the Gulf of Thailand or on the Narrow Sea.

Fiction is one lens as valid as the use of business cases. An additional lens is life experience. 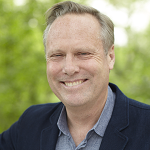 Bruce Craven serves as program director of the Advanced Management Program at the Columbia Business School Executive Education program and teaches a popular MBA/EMBA elective, “Leadership Through Fiction.” His newest book, “Win or Die: Leadership Secrets from Game of Thrones,” is out today from Thomas Dunne Books, an imprint of St. Martin’s Press.

M&A in Corporate Training: Investments and Acquisitions of the Fourth Quarter of 2019

Can Training Get Rid of Wrinkles?: What Training Buyers Really Want