Managers have had a tough time of it in recent years. In the drive to encourage them to step up and actually lead, with purpose and passion and vision, they have been told not to be managers. Instead, leaders are told to be strategic, to define a mission, to be authentic and accessible, to set a tone, and to set a pace. While the performance of people in leadership roles is undeniably of great importance, the unintended consequence is that managers have been accidentally misled into believing that they are “just managers” who should focus on tasks and processes and leave the other stuff to the “leaders” at the top of the company. They have been told to focus on things like performance management, delegating, disciplining, giving feedback and managing processes. While these tasks are important, they are not the most important things that managers do. They aren’t at the heart of the job of being a manager; they are the things that a manager does.

The most important contribution of the manager has become rather obscured, but if you think about the best managers you have ever known and worked for, chances are, they all have something in common: By their words and actions, they create an environment for their team where good things can happen. They produce an atmosphere that encourages the best from people, that drives both high performance and high morale, and where people are successful and team spirit is strong. These managers have productive, effective, hard-working and high-performing teams. These managers are the ones about whom people say, “I learned a lot,” or even better, “I achieved more than I realized I could.” What is it about these managers that makes their teams so successful and the experience of working for them so good?

A big part of the answer is that they are aware of the obligation to create that kind of team climate, and they go out of their way to influence it in good ways. They do so regardless of the overall culture of the organization they work for and regardless of the way that they are managed. They act like leaders – meaning they have a sense of purpose for their team, they have a vision for the contribution that the team can make, and they encourage and enable the team by what they say and how they behave. They stand for something – for what their team can do – and they stand up for them and with them. They know how to influence the climate for that team, and they create, through their words and their actions, a positive and high-performing team culture. And they do it regardless of whether they are told they should, regardless of whether this is actually written in their job description and despite the other pressures that are heaped upon them.

Equally importantly, these managers know how to get the best from people; they know how to make people effective and successful; and they know how to enable personal growth, encouraging and enabling people to the limit (and sometimes a little beyond) of their abilities. They have learned the importance of dealing skillfully with the individuals on the team; of treating them like adults; of working with them separately to help them achieve and over-achieve and of working with them as a boss, a coach, a guide, an agitator and a cheerleader. The best managers are excellent with their people.

Good managers know how to enable personal growth, encouraging and enabling people to the limit of their abilities.

Great managers, like great leaders, are also able to deal comfortably with the ambiguity of doing two seemingly opposing things at once:

Great managers are not derailed by the apparent contradictions, and they make them work by pressing ahead on both sides of the coin at once. They know that best outcomes result from the right balance between competing priorities, not from emphasizing some over others. They are masters at paying attention to all the angles.

How often do managers hear that this balance is what is expected of them? The stated expectations of managers tend to be about completing those management tasks – giving feedback, completing a performance review, driving production, delegating work, monitoring performance, etc. To be sure, a focus on team culture does not let managers off the hook, and high productivity, high-quality outcomes, doing more with less, and cutting heads and increasing output are things that modern managers need to do. Managers still have to be tough on poor performance, have to raise standards every year and have to make difficult decisions. The real point is how they do so. The “tough stuff” is a lot easier, and less frequently needed, when the team the manager has built is high-performing, motivated, ambitious, positive and impactful.

It wasn’t that long ago that we used to call first-line managers “team leaders.” It was a good name, and it was what they did. It’s time to help managers at every level rediscover the “leadership” part of their jobs and to find the joy and satisfaction of crafting great teams of high-performing people. If managers can reconnect with the fundamental purpose of their role, and focus more on creating those environments where great things happen, the world of work will look like a different place.

It’s time to help managers at every level find the joy and satisfaction of crafting great teams of high-performing people. 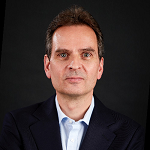 David Deacon is the author “The Self Determined Manager: A Manifesto for Exceptional People Managers.” Recognized by the Best Practice Institute as a “Best Organizational Practitioner” in 2014, he continues to drive impact through leading world-class talent management approaches in the companies where he works.