Awareness has grown about the negative effects of gender bias in corporations around the world, including in the training industry, where gender bias persists in onboarding and learning and development (L&D). Many companies, such as giants like Google, now offer diversity training about unconscious bias. In spite of enthusiasm about the goals of this approach, we lack data proving that unconscious bias training is resulting in women’s gaining representation in the C-suite or in significant progress toward pay equality. In fact, some experts say the problem of gender inequality is expanding.

Unconscious bias training programs are designed to raise awareness so people can recognize, examine and transform unfair behaviors toward women, people of color and members of other underrepresented groups. All of us are ignorant about some of our prejudices. Our biases are so ingrained and instinctive that we have mechanical, involuntary reactions to people with certain traits. Exactly what characteristics trigger our bias depends on interactions between our hardwiring and unconscious early childhood programming, unpleasant past experiences, limiting beliefs and current exposure to a variety of environmental influences.

Since our brains have multiple tasks to complete 24/7 — including keeping us alive — they strive for efficiency. One of the many advantages of our hardwiring is that we don’t have to remind ourselves to breathe or think about how to inhale and exhale.

However, there are also significant disadvantages. For example, our brains search for and favor easy, rapid associations when we face a new situation. We’re also hardwired to be skeptical when we encounter a person or event that differs from our ordinary experiences. This tendency is due to the fact that our brains once had to be hyperalert for the possibility of a saber-tooth tiger emerging on the horizon.

Saber-tooth tigers have long been extinct, but a primitive area of our brains is still encoded with an alert system for the unknown. Even though this valuable defense mechanism (our fight-or-flight response) is seldom needed today, it is frequently triggered, including at work, because we’re wired to process emotions more rapidly than facts, which makes many of our conclusions unreliable.

Most of our beliefs are not only unconscious but were also inherited from authority figures in our early childhood. Young children act like sponges, soaking up the beliefs of adults who gained their unexamined beliefs from their parents and other early caregivers, generation after generation. Before our brains were even fully developed, we inhaled and integrated millions of beliefs from authority figures of all types, including about whom to trust and believe and whom to admire, love, fear, distrust or hold in disgust.

As time unfolded, we added conclusions based on our personal experiences to our growing neural networks. Some of our preconceptions are positive, even though they may or may not be true. Consider the example of a woman in her 60s with white hair and glasses, who used a cane to walk and was kind to you as a child. Now, when you see a white-haired woman in her 60s wearing eyeglasses and walking with a cane, you may begin your interactions with her with an implicit bias that she will be a kind person.

Some of our assumptions are neutral. Take the example of a woman with dark, curly hair covered in a scarf on a winter day. Her head is slumped forward, intently focused on reading a book while she sits at a bus stop, paying no attention to you when you walk past her. Since she doesn’t affect your behavior in any specific way and you’re not emotionally attached to anything she does, your brain probably won’t encode any negative or positive assumption about women with a similar appearance or behavior, meaning your brain won’t reconnect with this experience in the future.

Other inferences based on our past experiences can be detrimental both to us and to the people we meet. Let’s say a middle-aged, female neighbor with orange-red hair and freckles complained to your parents after you threw a ball that landed in her flower bed, destroying her beautiful, dinner-plate size dahlias a few days before she was scheduled to show them at the State Fair. Since your parents had warned you to stay out of her yard, and the neighbor vehemently expressed her disapproval of your behavior, now, when you meet a woman in her 50s with bright red hair and freckles, your brain may unconsciously warn you to expect conflict.

Our emotion-based, unconscious neural networks are usually stubborn when we try to transform them.

Inferences based on our past experiences can be detrimental both to us and to the people we meet.

Will attending an unconscious bias training program cause you to eliminate an unconscious belief that a red-headed, middle-aged woman can cause you to feel fear and shame? The answer is dependent on several inadequately researched factors. Complicating the fact that we are unaware of many of our motivations, our brains are hardwired to search for things that confirm our unconscious, unexamined beliefs. This confirmation bias is especially powerful when the belief involves emotions (including fear) that are related to our primitive survival instincts. In other words, our first point of contact with a new, middle-aged female who has red hair and freckles will be contaminated by our existing neural network of preconceptions.

Unless the bias training helps us identify what is unconscious, we will most likely continue to “see” what we believe about other people as if it were real. This “data” will validate our beliefs and supply even more nutrients to feed the original neural network that supports our bias.

Genuine attitude change generally emerges from self-discovery in a non-judgmental environment, which creates an open mind and stimulates curiosity. Even though it is possible for behavior change to change attitudes (and DNA), that attitude change may be temporary if we return to an environment composed of people whose approval we think we need (or people we respect), and those individuals share our unconscious biases. Most people will revert to their biased beliefs and behaviors if they feel pressured to make a public statement consistent with the beliefs of prejudiced people and then receive affirmation from the group.

Of course, there are other environmental factors related to unconscious bias training effectiveness, including the informal structure of the organization and the media’s influence. In fact, although research regarding the power of the media on people’s beliefs and biases has taken place for many decades, research regarding the influence of social media is relatively new.

Even though the jury is still out regarding the effectiveness of gender bias training programs, we know that zero-tolerance discrimination policies often fail to change attitudes, because most adults resist being told what to think and which behaviors are unacceptable. Clearly, transforming the stubborn problem of gender bias in the workplace requires multiple, systematic approaches rather than a single training program.

A systemic approach must include appropriate resource allocation, including an adequately funded team working with a chief diversity officer and supported by sincere corporate-wide support for organizational culture change and ongoing training. The diversity team should have access to internal company data and support for ongoing evaluations, and it should carefully review recruiting procedures, onboarding processes and training documents. Without a strategic, systematic approach, including true incentives for positive change, the metrics of our approaches will continue to disappoint us.

Employee coaching is a proven way to address thorny workplace issues, including gender prejudice and discrimination. Studies regarding the positive impacts of an ongoing coaching program illustrate significant return on investment (ROI). Due to chronic obstacles to the advancement of women in corporate leadership positions, women’s leadership coaching should be a foundation of a company’s diversity program.

Effective coaching is propelled by the power of self-awareness. When skilled coaches ask questions that stimulate self-discovery in a non-judgmental way, without pressuring the employee to make changes, the majority of employees create an internal motivation to change their unproductive attitudes and behaviors.

Carefully timed questions can also expand the thinking of a person who has made an unfair or thoughtless comment. When employees know coaching is non-threatening and occurs in a confidential environment, they enjoy a genuine desire to explore diverse points of view and beliefs. They determine their own truth instead of unconsciously reflecting the unexamined convictions, postures and behaviors of people in their environments.

It’s Time for a Sincere Commitment to Positive Change

Gender bias is a chronic, systemic problem that exists at all levels of most corporations. Like a virus, it travels from the boardroom through the C-suite, middle management and other employee tiers, stifling the company’s vision, community accountability, productivity and profits. One-size-fits-all solutions, such as a single gender bias training program, rarely, if ever, produce effective long-term solutions. Even though research is limited, it is clear that gender bias training programs cannot adequately address pay inequality and poor representation of women in senior leadership until companies design and fund a systematic, strategic approach to gender equality.

Employee coaching is a proven way to address thorny workplace issues, including gender prejudice and discrimination. 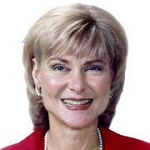 Doris Helge, Ph.D., is a leadership and executive coach, the president of Women’s Leadership Success Strategies, and the author of three books. She has been interviewed on CNN, The Today Show and NPR.

Heartfelt Leadership: Why It’s the Manager’s Responsibility to Motivate Employees