If you could only teach one practice or skill that would transform the effectiveness of leaders and teams, what would it be? The ability to ask generative questions is a major training opportunity for many reasons:

Generative questions are open-ended and inspire conversation about what you want. All questions are tied to the personal mindset and intention of the person asking it. If you’re coming from a place of judgment and criticism, your question will carry a tone and direction that devalues the other person. For example, “Why do you always turn this in without the data sheets?” isn’t really a question. It’s a statement: “You never do this right; you should include the data sheets.” If a conversation ensues, it’s not likely to be one that strengthens the relationship or surfaces knowledge and understanding. Such questions are not generative.

Generative questions come from someone who’s adopted an attitude of curiosity. They ask questions for which they do not have answers, and they are genuinely interested in learning. The tone and direction of such questions land entirely differently. For example, when, “Why don’t you include the data sheets in these reports?” is asked with curiosity, the person hears a genuine question. The person asking learns: “We’ve been asked to cut back on unnecessary expenses, and I thought I would save paper, especially since most people don’t care about the details; they just want to know what the data says. I’ve summarized the data in the report and provided a link for an online reference in case someone wants to see the data sheets.”

People who ask generative questions are genuinely interested in learning.

As children, we were curious about everything, but at some point, we settled for the reality we were shown. We assume everyone has the same take on reality that we do, so we go about conversations and work without validating our assumptions. Here are a couple of experiential activities for cracking open the fierce hold our reality has on us.

When people realize how much of reality is subjective, that realization encourages uncertainty and curiosity, and asking questions is the natural response. Learning to ask questions first goes a long way toward eliminating conflict and helping leaders and teams make better decisions. Generative questions take different forms depending upon context and the purpose of a conversation. For example, if a team has run into a snag with a project, instead of looking for fault and blame, its members can ask questions such as these:

Team members might ask a different set of questions if they want to be more connected. At the closing of meetings, each team member might answer a question such as, “What are you looking forward to this week?”

Here are a couple of experiential activities to give people practice on beginning or shifting conversations with generative questions.

It’s important to reinforce the idea that generative questions create a positive tone and direction. They help people receive more of what they want and move toward desired outcomes. Generative questions seek to uncover the best of what is, new knowledge and information, and creativity and possibility, and they seek to strengthen relationships and potential.

How would this simple training and development opportunity impact the conversations in your organization? Offer a workshop and find out! 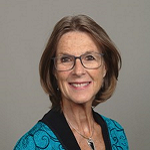 Cheri B. Torres, Ph.D., is a senior consultant with NextMove.is and partner at Innovation Partners International, specializing in leadership and team training and development. Her most recent book is “Conversations Worth Having: Using Appreciative Inquiry to Fuel Productive and Meaningful Engagement.”