In 2020, a report by the World Economic Forum confirmed that senior executives around the world view “critical thinking and analysis” as the skill group most likely to increase in importance between now and 2025. A 2020 survey conducted by Dale Carnegie Training across 20 countries and territories also confirmed that critical thinking is among the top skills needed to succeed in a complex work environment that relies increasingly on artificial intelligence (AI). To put it in perspective, critical thinking is tied with teamwork as an essential skill, just behind communication skills and creativity. Without critical thinking, the speed of innovation, and the mitigation of the cost of failures along the way, are at risk.

What Is Critical Thinking?

The Foundation for Critical Thinking describes it as “self-directed, self-disciplined” thinking that attempts to reason at the highest level of quality in a fair-minded way. Of course, all humans think, but few consciously focus on the process of thinking. Time pressures, social conditioning, overconfidence, distractions, closed-mindedness and the fear of being wrong can work against practicing consistent critical thinking. As a result, thinking is often susceptible to misperception, bias, preconception and distortion.

All humans think, but few consciously focus on the process of thinking.

From an individual perspective, the quality of a person’s thinking impacts the quality of his or her decisions and lives. In business, critical thinking failures can also have serious consequences that result in:

Mistakes in attributing cause and effect or identifying the cause of a problem before moving to solutions: One example of this flaw comes from the infamous Boeing 737 Max disaster. Initial investigations of the first tragic incident in Oct. 2018 wrongfully attributed the crash to a malfunctioning sensor rather than the failure of the new software system — the same system that caused the second crash only months later.

Failure to test assumptions: Research suggests that more than four in 10 startups that fail do so because they are trying to solve a need that doesn’t exist, suggesting they didn’t effectively test the assumption that the market wanted their product or service.

Missing opportunities to use the entire team’s experience to accurately assess the risks of failure associated with a solution: For instance, the leaders of the COVID-19 vaccine rollout initially focused almost exclusively on vaccine production volume rather than recognizing that staffing could also be a limiting factor.

The challenge is that critical thinking is consistently identified as a skill that’s in short supply. So, where can leaders who want to encourage critical thinking begin? Firstly, they can create an atmosphere of psychological safety where people feel safe to acknowledge mistakes, reassess conclusions and explore differences of opinion with respect. Supporting diversity also benefits critical thinking by widening the range of experiences and perspectives that team members bring to a problem, helping to avoid groupthink.

Teaching a process for critical thinking can help as well. Here are five steps for managing the process in a more deliberate way:

This first step requires clarifying the problem by visualizing the ideal outcome and then gathering information to determine the root causes for the gap between the current and ideal situations.

Next, use “green light thinking” that suspends judgment to focus exclusively on generating ideas rather than evaluating them and to identify or invent possible solutions to the root causes.

This step involves recognizing and testing key assumptions, controlling for biases, and making sure conclusions are not drawn from mistaken beliefs or observations.

Once you’ve clearly spelled out the problem, outlined the possible solutions and determined the underlying logic to be sound, decide on the method and criteria for determining the best path forward. If a team is involved, work toward consensus, and take full advantage of your collective knowledge and experience to assess risks and the solution’s likelihood of success.

When the solution involves others — as it often does — set timelines; clarify roles; establish expectations; and follow Dale Carnegie’s sage advice, which is still relevant decades after he gave it: “Once a decision is carefully reached, act! Get busy carrying out your decision and dismiss all anxiety about the outcome.”

An Investment Worth Making

While no one is perfect at it, just committing to the consistent practice of critical thinking brings valuable advantages. Strong critical thinking skills enable individuals to better understand themselves and their own opinions, enjoy stronger relationships with others, and become better citizens. Critical thinking also helps people recognize and avoid overly simplistic explanations of complex issues and encourages the respectful examination and evaluation of differing perspectives.

Critical thinking is a tool to help people become proactive in the face of problems, whether in their personal life or their career. And, as with anything in short supply for which there is high demand, it is a good bet that an investment in critical thinking will pay off.

Editor’s note: Don’t miss our infographic on modern leadership development, which shares insights from learning leaders like this one.

While no one is perfect at it, just committing to the consistent practice of critical thinking brings valuable advantages. 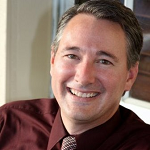 Mark Marone, Ph.D., is the director of research and thought leadership for Dale Carnegie & Associates, where he is responsible for ongoing research into current issues facing leaders, employees and organizations worldwide. He has written frequently on topics related to corporate culture, leadership, sales and customer experience and has co-authored two books on sales strategy. For more information, email Mark.

Testing Up or Testing Out? Why Both Approaches Have a Place in Corporate Learning