Happy New Year! Let me suggest a difficult New Year’s resolution: At least half the learners in your leadership development programs will change their behaviors. According to U.S. News and World Report, 80 percent of New Year’s resolutions fail fast. I’d bet almost everyone will fail this one.

Most companies want to help their leaders develop critical skills. In the United States alone, according to Bersin by Deloitte’s “Leadership Development Factbook 2012,” companies spend $14 billion each year trying to super-charge leader performance. Unfortunately, the results of these investments are abysmal. In Harvard Business Publishing’s 2018 survey on “the state of leadership development,” two-thirds of managers said they didn’t improve after participating in leadership development programs. According to a 2009 meta-analysis of 200 studies, one in three programs show no positive effect at all. This finding probably understates the reality, given selection bias and how low the researchers set the bar for success.

Why the High Failure Rate?

The core issue is the industry’s assumption that understanding will lead to implementation. We tend to frame “sustainment” as a learning initiative rather than a behavior change initiative. This reality is reflected in the fact that most programs measure participation, emotional response and knowledge retention, none of which is a good indicator of whether people will change their behavior. To make matters worse, many times, success isn’t measured at all. The Harvard survey found that only 24 percent of organizations are measuring the impact of their leadership development programs. As a result, the leadership development industry has a fairly shallow toolset when it comes to actually shifting leaders’ behavior over time. We must create a more robust set of solutions than most development organizations currently offer.

We tend to frame “sustainment” as a learning initiative rather than a behavior change initiative.

Won’t this type of solution require more effort from already time-poor participants? Yes, and therein lies the challenge. We need to achieve lasting behavioral change within a framework that is both cost-effective and manageable. Leadership development is, at its core, behavior change. We need leaders to develop and implement new behaviors – and do so consistently. Unfortunately, with current methods, leaders quickly revert to their old behaviors, if they ever change at all.

We clearly need more reinforcement of new concepts. However, companies often find effective reinforcement programs too expensive and that their people rarely use on-demand, video-based reinforcement. The reality is that failure can occur at any point during the instruction or sustainment phases:

Sustainment: Will, Skill and Hill

A New Approach to Learning Sustainment

There is good news: Real behavior change is possible with a new approach to sustainment. According to our research, sustainment requires the following three pieces:

The team aspect of behavior change cannot be understated. Shifting the focus from individual behaviors to group behaviors greatly increases the likelihood of achieving behavior change. For example, leveraging peers for support, feedback and assistance in implementing the new behaviors helps alleviate the burden of trying to change behavior alone. Better still, a team-based approach reduces the time imposed on learners and costs companies dramatically less.

The team aspect of behavior change cannot be understated.

What struggles have your organization encountered around sustainment, and what strategies have you found useful in countering them? Share with us on Twitter @trainingindustr and @AchieveForum. 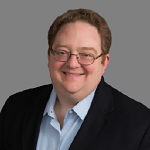 Scott Bohannon is the chief executive officer of AchieveForum. Listen to The Leadership Round Table podcast for more insights from Scott.

High-potential Selection: The Most Crucial Decision You’ll Make (but Not for the Reason You Think)

The Dose Makes It Toxic: How to Minimize Negative Emotions in the Workplace