Does it seem sometimes like you are shouting your ideas from the bottom of a well, and no one is listening or even cares? Are you afraid to offer an alternate opinion or point of view because of the fear of being demeaned or ostracized? Do you find the voice in your head saying, “I think I’ve got the perfect solution for our problem, but suggesting it is just not worth it”?

Our co-workers, our projects and our organizations benefit when we speak our minds, reasonably disagree and candidly share ideas. But freeing our voices can be a tall order, particularly if we’re working in an office environment where being open is politically risky. The easy answer is to decide to leave, but sometimes, that is easier said than done.

Picture this: You are a first-time people leader surrounded by direct reports who are older and more experienced than you. Moreover, the workplace culture is such that the leader does all the talking, while you and your team members remain invisible. These are the unwritten rules.

This situation is the place one of my coaching clients found herself in early in her career. Her mission was to take the reins of a small sales and marketing group of five people, all located in one office. This group had been working together for over 10 years, yet several of them had not so much as spoken to each other for most of that time. She took it upon herself to uncover the backstory.

What she found was a history of bad management, resulting in favoritism, a lack of goals and expectations, and a destructive cycle of blame and judgment. While she wasn’t in a position to take on the whole company, she decided to fight in her own corner to improve the work culture that most directly impacted her team. She began working with the group to identify all underlying issues, create a joint revenue project between sales and marketing, and set expectations for both behavior and results.

Under this plan, her team started working more closely, and the project began to produce results. Though she proved to be a terrific team leader over the next two years, her efforts went unacknowledged by upper management, and her good culture work didn’t ripple out beyond her team; she still struggled to express herself to her boss.

She became frustrated and decided it might be time to leave the company. However, because she did not want to forfeit her bonus, she took out her calendar and drew an “X” on the date when she could leave and still be compensated. With this date in mind, she made a promise to herself that she would not hold back her thoughts and opinions in front of her boss any longer.

Because she released herself from the fear of reprisal, she began asking more questions and sharing alternate points of view. Then, something amazing happened. Others began to sit up, listen and pay attention. They, too, felt strengthened by her newfound boldness.

After only a couple of months, senior management recognized the positive impact she was having on her peers and team members and finally acknowledged her for her efforts. Because of the momentum she created, she barely noticed the “X” that she had put on her calendar, and she stayed with the company for several more years.

Imagine you could speak up at work without fear of reprisal. What issues would you raise? What opinions would you offer? Try writing some of them down at home. Fleshing out ideas on paper can help you build a stronger case and might give you the courage you need to offer them.

Of course, for many of us, it’s neither practical nor realistic to say whatever is on our minds without considering the consequences. But small actions that push against preconceptions can make a big impact on our personal contribution and our team’s performance.

Small actions that push against preconceptions can make a big impact on our personal contribution and our team’s performance.

Not ready to fully embrace a “nothing to lose” attitude just yet? Here are a few ideas for how you can practice freeing your voice and develop the courage to speak up during group conversations:

If you are the leader of a group:

The world is spinning faster than ever, and it is neither productive nor sustainable to think that all the answers reside in just one person. Leadership is not a position but the ability to speak up when needed, give others the opportunity to contribute, and create an environment that values difference and alternate points of view – all in service of achieving and surpassing organizational goals.

Leadership is the ability to speak up and create an environment that values difference and alternate points of view. 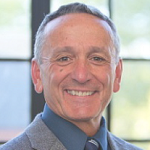 Rob Salafia is the author of the new book “Leading from Your Best Self: Develop Executive Poise, Presence, and Influence to Maximize Your Potential” (McGraw-Hill), on which this article is based. He is a lecturer at MIT Sloan School of Management, an MIT Leadership Center master executive coach, CEO of Protagonist Consulting Group and a senior consultant at Wronski Associates.

5 Keys to Building Change Resilience for You and Your Team

Succession Planning: What’s Tech Got to Do With It?