Coaching has been a staple of the learning and development (L&D) landscape for a long time now. Few argue against its merits to enhance staff performance or help leaders coach their teams. For many, the concept of using coaching in the workplace is as much a given as using key performance indicators.

In a world where coaching is accepted as best practice, stopping to ask why we coach may seem unnecessary. Ask any L&D or human resources (HR) professional that question, and after the looks of disbelief it might evoke, there will be a ready (if not obvious) answer: Coaching helps empower people, it helps generate involvement and buy-in, and it enables the transfer of institutional knowledge.

But what if using coaching to accomplish those goals leaves its real potential untapped? It’s like using a screwdriver as a prying tool or a makeshift hammer but never using it to remove screws. It’d still be great at doing those jobs, but the tool would be underused.

Why Coaching Is Underused

How could it happen that a screwdriver is never used for the job it was designed for? Imagine a tradesperson’s being so busy that rather than go searching for a small pry bar, for example, she goes for the closest tool to hand that can do the job. She never looks at that tool too closely, because it does what she needs it to do when required. In fact, she might even come to think of the screwdriver as a multipurpose tool rather than a specialized tool for driving or removing screws.

This scenario illustrates how many organizations have come to use coaching. Rather than explore coaching’s fundamental purpose, too often, it’s used to meet an immediate need, such as to create buy-in or transfer knowledge. Asking a few questions about coaching might reveal something more fundamental: Why does coaching empower? How does it create buy-in?

Discovering the Function of Coaching

Coaching creates empowerment, because the coachee starts to feel more confident and capable of doing more. It creates buy-in, because the coachee feels like he or she is part of a process. These goals are noble pursuits, but what if they’re the by-product of a greater capability of coaching — the ability to grow a leadership mindset?

Coaching can help people grow a leadership mindset, because it’s capable of creating a fundamental shift in how people think. When people see themselves as leaders, they work with more initiative, take responsibility and lead in their realm of influence. And a workforce that operates in this way means there’s a pipeline of leaders waiting to lead the business into the future.

Once we see coaching as a tool to grow a leadership mindset, it isn’t an exaggeration to say it’s the most powerful tool we have at our disposal to grow people and businesses.

Coaching creates empowerment, because the coachee starts to feel more confident and capable of doing more.

How is coaching for mindset different from traditional coaching? The answer is focus. In a traditional worldview, where an organization may use coaching to enhance performance, the coach’s focus is to help the coachee realize and overcome his or her areas of low performance.

Let’s say an employee is writing ineffective proposals. A traditional coach might start a conversation with the coachee with a question like, “What do you see as the major challenge to increasing your proposal conversion rate?” That line of questioning may go on to help the coachee identify what a good proposal conversion rate is, how to find out what a high-conversion-rate proposal looks like and then to leverage that knowledge to improve his or her own proposals.

This coaching approach helps the coachee learn the tools of writing effective proposals. Although the specific skill of writing proposals improves, the coachee will be unlikely to generalize that improvement into other areas of his or her professional life.

Coaching for mindset takes a different approach. Because mindset coaches know that the core function of coaching is to affect a change in thinking, they begin with the intention of helping coachees develop a solution that they can generalize to other areas of their professional life.

Coaching for mindset ends in a different place, because it starts in a different place. Instead of a skill-specific opening question, for example, a mindset coaching approach might start with, “What do you think a potential client might want from a proposal?” A follow-up question might be, “How can you show the potential client that our business is uniquely positioned to meet its needs?”

But those gains aren’t unique to writing proposals. Mindset coaching used proposal-writing to encourage the coachee to think like a business leader — to understand the client, the unique selling proposition (USP) of the business, how revenue is generated, business competitors and more. Because coaching has helped the employee grow a leadership mindset, they can apply the resulting change in perspective to any problem they encounter.

Coaching in this way means no longer underusing a key growth opportunity for people and business. Using coaching to grow leadership mindsets helps people solve the challenges of today and embeds a way of thinking that will also help them solve the problems of the future. 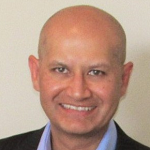 Joe Britto is the author of “The Six Attributes of a Leadership Mindset” (Crown House Publishing 2019) and the founder of Innate Leaders, a mindset consultancy.