Companies seeking to grow often consider how technology can streamline their operations. Enlightened organizations evaluate how technology and investments in people can enhance efficiency and advance corporate culture and values.

That is what Procore, a California-based construction management software company, realized in 2017 as it attempted to scale its organization to keep up with unprecedented growth. The company turned not to another tech solution but to an investment in people by creating a small executive coaching program. Leaders quickly noticed the positive impact coaching had on enhancing their already strong company culture and decided to offer coaching for managers across the organization.

Procore was on the right track. A growing number of high-performing organizations recognize the competitive advantage that coaching provides in terms of enhanced employee engagement and performance and, by extension, better business outcomes. These organizations now consider coaching a necessity instead of novelty and are investing in an integral part of a coaching culture: managers and leaders who use coaching skills in their team leadership. Such an evolution, however, takes time and training to help leaders adapt to this more inclusive style of managing.

The adage still rings true that people leave managers, not companies. Micromanaging is not sustainable for organizations competing for the next generation of talent. Generation Z employees are choosing purpose over paycheck and looking for workplace cultures that align with their values.

Procore’s coaching investment served as an accelerant to enhance its company culture, improve employee retention and drive business results. It expanded on the success of its initial pilot program by equipping its managers with skills to reinforce the company’s coaching culture. Leaders now use active listening, ask powerful questions, and know when to ask instead of tell in order to draw out their team members’ wisdom and creativity.

Coaching at Procore, which includes both one-on-one coaching and an on-demand digital coaching platform, is now woven into the organization’s culture and reaches more than half of its employees. One senior leader credits a coaching approach with the success of his team’s transformation. That team, which previously had a low level of engagement within the organization, has since achieved — and maintained — the highest level of engagement in the company. In 2019, the International Coaching Federation (ICF) recognized the now-$3 billion startup as representing the global gold standard for coaching in organizations.

The future also looks bright for the next generation of leaders in companies with a coaching culture. 2019 research by ICF and the Human Capital Institute found that 83% of organizations plan to expand the scope of programs to help managers and leaders implement a coaching approach. The traditional “command-and-control” method of leading — where the manager is assumed to have all the answers — is antiquated, especially considering Gen Z employees’ preference for supervisors who act more like a coach than a micromanager.

The future looks bright for the next generation of leaders in companies with a coaching culture.

Coaching has helped Procore’s managers better understand their teams. Leaders receive anonymous reports that detail coaching hours and measure engagement for their direct reports. Such crucial insights help managers take action, if necessary, to improve team engagement and performance. One senior leader saw a transformation in his communication style and interpersonal relationships with his direct reports after his coach held him accountable for having crucial conversations with his team. Equally important, the organization noticed an improvement in intra-company communications as a result of scaling the coaching program to senior leaders in all departments.

The Need for Training

Although coaching skills are a powerful way to develop a team, there is some confusion about what coaching skills actually are. One study found that what most leaders thought of as coaching was actually consulting or micromanaging. What’s more, first-time managers often receive little guidance or training to prepare for their new role. For coaching to have a real impact, organizations need to dedicate resources toward training managers in the proven best practices and core competencies of coaching. It’s also important to provide ongoing opportunities to gain real-world confidence in this skill set.

The interactive workshops Procore’s internal coaching team provides encourage managers to lead with curiosity and set the standard for their teams by modeling inquiry over assumption. Leaders hone this new collaborative management style and practice a coaching approach for managing emotions in high-stress situations. Additionally, several dozen senior leaders have undergone an internal coaching training program to develop coaching skills to use with their teams.

Procore intentionally demystified the coaching process as it sought to cascade its new coaching culture throughout the organization. Introductory seminars familiarized employees with how adapting a coaching mindset could spark insight that builds long-term capacity instead of dependency. Procore also integrates coaching into the onboarding process as a way to make it readily accessible to all employees. New team members learn from internal coaches during orientation about how coaching has impacted the company culture as well as the ways coaching can set them up for long-term success.

The presence of managers and leaders who use coaching skills has fostered curiosity throughout the organization. Employees can explore the power of coaching through an online community forum that features curated articles from internal coaches. This portal also allows team members to ask anonymous coaching questions, which are “answered” by a deeper, probing question from one of Procore’s internal executive coaches. Procore’s on-demand coaching program — which pairs employees with a credentialed coach for weekly sessions and the option for spontaneous check-ins — has helped employees leverage coaching and play to their strengths. This approach increases individual and team engagement and performance, and participation has nearly tripled in one year’s time.

Building a Leadership Pipeline Through Coaching

The presence of managers and leaders who use coaching skills fosters curiosity throughout the organization. 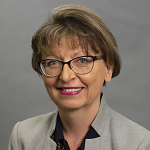 Magdalena Nowicka Mook is the CEO and executive director of the International Coaching Federation.

Agile Leadership: What It Is, Why It Matters and How to Develop It, Part 2

Mind Tools Partners With HowNow To Help People Perform, Manage, and Lead in the Workplace

Upon Reflection: a Better Way To Train Managers (To Be Better Managers)