The High Cost of Reputational Risk

There has never been a time in human history when our reputations have been as valuable yet fragile and vulnerable due to the high-speed and global sharing platforms and devices that fit in the palms of our hands.

In a 2014 survey by Deloitte, 87% of executives ranked reputational risk as more important than any other strategic risk. Why? Because the business impact is real. The study also found that respondents who “had previously experienced a negative reputation event” believed “the biggest impact areas were revenue (41 percent) [and] loss of brand value (41 percent).”

It’s easy to understand the statistics, yet we continue to read stories of leaders who have seen reputational risk evolve into reputational crisis, driving down market and shareholder value and causing an exodus of customers and employees. The tricky thing about reputational risk is that it can be a chameleon and present itself in many forms from within and outside of an organization.

Regardless of the origin of reputational risk, it’s imperative that leaders understand the power of being proactive. Fortunately, there’s an effective and simple tool to help leaders recognize reputational risk and even turn it into a competitive advantage. The tool is a simple two-word question asked in a playful, yet serious, tone: “Says who?”

The genesis of the “Says Who?” tool came from a reactive position when I was running the marketing communications efforts for Nextel’s NASCAR series sponsorship, which was valued at more than $750 million, the largest sponsorship in sports history at the time. We were in the midst of a merger with another telecom company, Sprint, and I began fielding pointed media questions about Nextel’s commitment to the sport, league, tracks, teams and fans during the merger.

I rallied my team and key departmental leaders to gather answers after four media conversations with a similar theme: “Mike, it looks like Nextel has stopped investing in new technology for the sport during the merger. Is it true?”

That question was an omen of reputational risk — if we ignored it or answered, “No, that’s not true” and then went about our day-to-day business. Instead, “Says Who?” opened vital lines of internal communication, opened the eyes of inter-departmental leaders, proactively addressed current reputational risk points and helped us identify new ones.

Here’s how it played out when I spoke with media: “Says who? We’ve actually increased our technology and at-track infrastructure investment by 15% year over year. We’ve also launched three new fan phone apps and have plans for two more before the end of the season.”

The proof points from this simple tool helped us shift our storytelling and, ultimately, build a competitive advantage in the media news cycle. Many outlets ran those storylines, which mitigated reputational risk, and we began proactively pitching these stories. They strengthened our reputation in the sports industry and began to quell negative merger risk points.

The tool is a simple two-word question asked in a playful, yet serious, tone: “Says who?”

Using “Says Who” in Leadership Training

As I mentioned, we developed this tool in a reactive setting, but I am a huge believer in the power of being proactive — especially when it comes to building and protecting our reputation! “Says Who?” is an opportunity to train leaders in a proactive setting and to assess two key epicenters for reputational risk.

Here are included a few initial prompts to start the conversation:

Once the appropriate team is assembled and has identified and validated the risk points, leaders can begin to prioritize, identify resources and create a timeline for an action plan. As the risk points are successfully mitigated, they are no longer liabilities but assets to position and promoted internally and externally.

Internally, this exercise becomes a vehicle to promote company enhancements as well as open lines of honest communication that will increase trust among leadership, employees and customers. With strategic and consistent positioning, don’t be surprised to see it help drive revenue and increase customer and employee retention and loyalty.

Externally, it will also become an invaluable tool for your marketing, sales and talent teams to use when calling on customer prospects and employee candidates to showcase your company’s competitive differentiators. You also don’t have to rely on traditional media outlets to tell your story. Your leaders should actively engage and collaborate with the communications team so they can craft these reputation-strengthening stories to share through your company’s social media and digital content platforms.

Staying proactive and vigilant is vital for managing reputational risk. Remember that crisis is rarely a “lightning in the bottle” scenario. It’s often the outcome of unaddressed or unacknowledged concerns, information, processes or trends that lead to a company’s vulnerability.

If this training activity is done well, your leadership team won’t have to reply, “Says who?” to anyone — because they will be steps ahead of the risk. (But it never hurts to practice it in front of the mirror!)

Pro Tip: Assessing your industry’s reputation is a goldmine for opportunities to create and enhance competitive advantage!

If you were working in the home mortgage industry in the early 2000s, you didn’t have to be Country Wide mortgage to have felt the reputational impact of their unethical practices – it cast an industry-wide shadow!

Staying proactive and vigilant is vital for managing reputational risk. 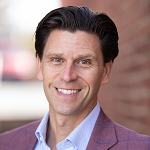 Mike Mooney is a professional speaker, author, trainer and accelerator on the topics of reputation, mindset and continuous improvement. His action-driven messages and expertise come from his 25-year career in the high-performance and high-pressure world of professional motorsports, where he worked with global organizations and championship teams.