There has been an enormous growth in interest in teams over the last 10 years, and team coaching is now the fastest-growing type of coaching. However, much of team coaching, whether by team leaders or by external team coaches, focuses on the wrong outcomes and looks for improvement in the wrong direction. If we are going to create effective teams that are future-fit, there are five limiting beliefs that we need to unlearn. We need to create organizations that are teams of teams and coach effective partnerships and networks that go beyond the organization’s boundaries.

For the last 30 years, we have coached leaders and managers to develop their EQ – emotional intelligence. Now, the world needs to develop what I have termed We.Q. – collaborative intelligence. To develop We.Q., we need to rethink team effectiveness. Here are the liming beliefs we need to unlearn and how to do so.

1. Teams are effective if they have good relationships and efficient meetings.

Research shows that, although having good relationships among team members and well-run meetings is helpful, they are not the most important factors that make a team successful. The most important are:

2. Being a high-performing team is a place of arrival.

Many teams see becoming a “high-performing team” as a place of arrival, with the journey being a checklist of “doing the right things.” The goal of team coaching is not just about improving the inputs (people, role clarity, meetings and processes) but growing the collective outputs and performance of the team and, even more importantly, growing outcomes and creating value. Instead of talking about “high-performing teams,” we should talk about teams that co-create exceptional value with and for all their stakeholders.

Beware of thinking you have succeeded, for as Bill Gates has said, “Success is a lousy teacher.” We all need constant feedback to learn how to co-create more value with and for all our stakeholders.

We all need constant feedback to learn how to co-create more value with and for all our stakeholders.

3. If an organization has a lot of high-performing teams, it is a successful organization.

Many teams build close bonds within their colleagues in ways that build greater insulation and barriers with the rest of the organization and, hence, more of a “silo” mentality. General McCrystal, who transformed the Allied Forces in post-war Iraq, spelled out this challenge well with his co-authors in the book “Team of Teams: New Rules of Engagement for a Complex World”:

A “team of teams” – an organization within which the relationships between constituent teams resembled those between individuals on a single team: teams that had traditionally resided in separate silos would now have to become fused to one another via trust and purpose.

4. Team coaching is a series of events.

Many team coaches are asked to facilitate one-off events, such as team workshops or “off-sites,” but these events rarely lead to change in the team’s behaviors, processes or performance. For team coaching to be effective, it needs to be a journey that begins with discovering the gap between the value the team is currently co-creating and what stakeholders will require in the future. Often, a team 360-degree feedback instrument can help the team collect and present data and then ascertain where they need to develop over the coming year. They team can complete the assessment again later to measure progress. Between these two assessment processes, the coach may support the team in many ways, including providing:

5. Most team coaching is provided by external team coaches.

Systematic team coaching is making a great contribution to team development around the world and across many sectors. However, for it to fulfill its potential, we need to ensure that it is not constrained by false beliefs and limiting mindsets. With this approach, team coaching will help teams continually learn how to be purpose-led, co-create value with and for their stakeholders, function at more than the sum of their parts, and work with other teams across and beyond their organization to be an effective team of teams. 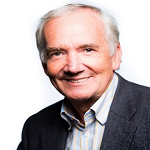 Peter Hawkins, Ph.D., is a professor of leadership at Henley Business School and founder and chairman of Renewal Associates. He consults and teaches around the world and is the author of several bestselling books: “Leadership Team Coaching”; “Leadership Team Coaching in Practice”; “Coaching, Mentoring and Organizational Consultancy: Supervision, Skills and Development” (with Nick Smith); “Creating a Coaching Culture”; and “The Wise Fool’s Guide to Leadership.”

Making the Pandemic Manageable: 3 Ways to Reappraise Like a Big Wave Surfer