As organizations enter a new world of work, their employees are dealing with many changes. From restructured teams to updated office protocols to the advent of hybrid work, there’s more to keep track of now than ever before.

For many employees, the prospect of a remote-first workplace is tantalizing. Employees want flexibility, and they’re starting to get it. But there’s an undercurrent here: Workers are feeling overwhelmed, tired and burned out. Left unchecked, that burnout could fuel a fire of mass attrition.

In The 2021 People Management Report, The Predictive Index surveyed nearly 2,000 employees across more than 15 industries. According to the study, 63% of employees with a “bad” manager are thinking of leaving their jobs in the next year. As for what constitutes a bad manager, the most common factor cited is poor communication.

The Great Resignation may be concerning, but it’s far from irreversible. Here are three ways to improve communication as a leader — and mobilize your people for the future:

One of the biggest obstacles to good communication is the absence of trust. In the New York Times best-selling book “The Five Dysfunctions of a Team,” author Patrick Lencioni explores the dangers of mistrust, stating that when people can’t be vulnerable with each another, they tend to cover up their greatest weaknesses.

When employees feel they can’t rely on their manager or peers, they’re far less likely to act in good faith. Add in the stress of the job, or a toxic workplace culture, and the mistrust only intensifies — breeding further dysfunction throughout the organization.

Consider the ramifications: If an employee has an innovative idea, but is unsure of it, they may drop it instead of raising it. Likewise, if they make a mistake, they may avoid it rather than address it. If these instances pile up, they could impact the bottom line.

Dismantle that ball of distrust before it gets rolling. The easiest way to do so is to reward honesty. Show your team you value great ideas and give everyone the opportunity to speak openly and freely. Don’t chastise people for mistakes. Let them learn from them.

As a leader, never discount the power of empathy to energize and galvanize. By taking the time to learn where people are coming from, and always assuming good intent, you can help instill a culture of trust, innovation and belonging.

63% of employees with a “bad” manager are thinking of leaving their jobs in the next year.

2. Ask People How They Work Best.

Being communicative goes beyond how you react as a leader. To inspire your people to bring their A-game each day, you’ll want to take a step into a proactive space.

This holds especially true in a hybrid world. Many employees have become accustomed to working from home, while others may miss in-person interactions and jump at the opportunity to return to an office. Others may value a mix of both.

Unfortunately, there’s a stark disconnect between an employee’s ideal work scenario and what their reality often looks like. According to a recent McKinsey study, 88% of C-suite executives expect most employees to work from the office at least three days a week moving forward, yet less than half of employees actually share that sentiment.

Bridging that disparity starts with honest conversations. Take time as an organization, or individually with your employees, to learn where everyone’s preferences lie. If you have highly extraverted team members, book meetings to allow for additional facetime. If your team’s more introspective, it may be smarter to prioritize heads-down time.

Flexibility is a muscle that organizations must continue to build. When you allow your team autonomy over how they work best, you’re making an investment of trust as a leader — and that’s a gesture your people won’t forget.

3. Carry Yourself with Confidence.

Great communicators don’t just trust their team — they trust themselves. When you have confidence in your skills and conviction in your beliefs, those feelings tend to radiate outward. So, if you want to rally your team, be prepared to bring that energy yourself.

According to the People Management Report, confidence is the top skill employees value in their managers. It’s an even more commonly desired skill than communication itself (a close second on the list).

Thankfully, these two traits aren’t mutually exclusive. If anything, they complement each other. If communication can make or break a team, then confidence is the glue that mends any fractures, amplifies abilities and propels your team to success. Of course, confidence is far from a panacea — a study from Berkeley’s Haas School of Business suggests it can actually lead to overconfidence, resulting in a neutral or even negative outcome.

The difference, then, between confidence and hubris, lies with self-awareness. When you’re honest about your own strengths and caution areas as a leader, you can avoid internal guesswork and put trust in your natural abilities. Extend that awareness to your team, and you empower them to do the same.

Self-awareness is at the heart of talent optimization — the science of building and leading great teams. At a time when burnout carries such a heavy burden, let awareness be a pillar for your team, and confidence, empathy and trust will surely follow.

The Great Resignation is here, but it’s not too late to mount your own Great Retention.

Great communicators don’t just trust their team. They trust themselves. 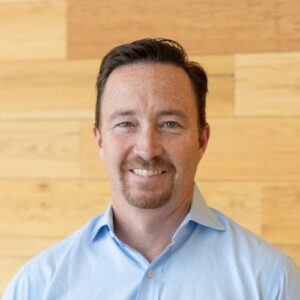 Mike Zani is the author of “The Science of Dream Teams: How Talent Optimization Can Drive Engagement, Productivity, and Happiness.” He is the CEO of The Predictive Index, a talent optimization platform that uses more than 60 years of proven science and software to help businesses design high-performing teams and cultures, make objective hiring decisions and inspire greatness in people.

What Can Your Managers Do Now to Drive The Great Retention?