With 25 years of coaching experience, it’s become abundantly clear to me that what people say they need help with is not what they actually need help with. Uncovering the truth and reaching the “Aha!” moment is one of the most gratifying parts of coaching.

Often, my clients come to me because they want to ascend into higher leadership roles and gain national recognition for their work. When I dig deeper to find out what’s stopped them from gaining the acknowledgment and advancement they seek, it often boils down to three issues: imposter syndrome, priority-setting and time management.

Imposter syndrome, a feeling of inadequacy often found in overachievers, is a reaction 70% of people have experienced. There’s a high likelihood that the person you are coaching is feeling these crushing feelings of inadequacy. I interview and study overachievers ranging from Nobel Laureates to astronauts and Olympians. Nearly all of them have wondered if they are good enough and doubted whether they measure up to their peers.

Two things set these people apart. The first is that they feared not trying more than they feared failing. “Not succeeding” wasn’t the hurdle they had to overcome. They fully understood that not hitting every milestone on the first try is another step in their learning process. However, not trying was never an option. They had to see what would happen if they attempted something new.

The second distinguishing feature is that they had someone gently, yet firmly, pushing them and convincing them they were good enough to try. Coaches are the ones who stand behind and alongside their clients — pushing; motivating; and asking the difficult question of, “What’s the worst that would happen?” Imposter syndrome doesn’t necessarily wane with each success. It does, however, become easier to downplay the deafening noises in your mind.

Helping coachees understand which milestones to tackle first is the initial hurdle.

Coachees often understand that there is a laundry list of milestones they need to hit in order to achieve their goals. The problem is that they attempt to hit too many of these markers simultaneously. As a result, the work product becomes diluted, the process is inappropriately rushed and the relationships become transactional instead of relational. Helping coachees understand which milestones to tackle first is the initial hurdle. Teaching them how to build enduring relationships that give as much as they receive is another. The priority-setting of tasks and relationships must be done in tandem.

We all have 24 hours in a day, yet some people are better at crossing things off their to-do list than others. There are multiple ways they do so, including setting aside time to complete tasks and recognizing the optimal time of day to execute the work.

While most of us have a to-do list, carving out time on our calendar to complete certain tasks is usually an overlooked step in time management. If you have to work on a budget or prepare a report, you must set aside time on your calendar to complete this task. Estimate the amount of time it will take, and block off the time on your calendar with such words as “work on budget.” However long you think it will take, recognize that it will probably take at least 20% longer.

Considering which time of day you spend doing which tasks is pivotal in leveraging productivity. If you are a morning person, consider doing your more cerebral tasks, such as budgeting, data analysis and proposal-writing, during the early part of the day. Your rote tasks, such as responding to emails or attending meetings, should be saved for the afternoon, which is likely when tasks will take you longer to complete. Breaking your day up will help you leverage your most productive hours.

As I talk to my coachees, I peel away at the layers of what’s been stopping their promotion. To their great surprise, there are overt and covert obstacles in their way. Identifying them is the first step.

Breaking your day up will help you leverage your most productive hours. 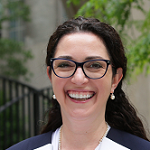 Dr. Ruth Gotian is a leadership coach, keynote speaker and chief learning officer at Weill Cornell Medicine’s department of anesthesiology. She is the former assistant dean for mentoring and executive director of Weill Cornell’s mentoring academy.

What Can Your Managers Do Now to Drive The Great Retention?