Mark Twain once said, “There is no such thing as a new idea.” Nowhere does that sentence appear to be truer than in leadership training and development. It seems that every new book, workshop, webinar or speaker is espousing some version of the same ideas, albeit painted with a slightly different brush.

It’s partly for good reason; after all, universal truth is longstanding, and some ideas will stand the test of time. It makes sense then to give them a new coat of paint or different spin, repackage them, and continue to integrate them into the workplace.

Sticking to old narratives and principles, however, just because “that’s how it’s always been done” is the fastest route to obsolescence and irrelevance. In a world that isn’t going to return to a simpler time, a changing geopolitical landscape, and rising polarization in political and cultural discourse, it’s the leaders who abandon outdated ways of thinking and replace them with more human-centered leadership who will help organizations navigate these myriad challenges.

With that in mind, here are three perspectives on leadership that are becoming a hindrance to progress:

1. Good Leaders Have Clarity on Where They Are Going

The belief that leaders need to have complete clarity and resolution on direction has been lauded since the 1960s. For decades, our collective consciousness has included images of the swashbuckling explorer taking on the mysteries of the jungle, the quarterback who knows the exact play to run at the last minute, or the superhero who senses which wires to cut to defuse the bomb and save the world. The trouble is that they don’t translate well into the world of business.

In a world of unknown unknowns, absolute clarity is folly at best and dishonesty at worst. There are far too many variables for any one person to have complete foresight on the right direction to move in — and our teams know it.

Instead, leaders who practice vulnerability and empathy have a deeper and more profound impact. Saying, “I’m not sure this is the right way to go; what do you think? Do you want to embark on this journey together?” enables the team to be co-conspirators in success. It creates shared accountability and a feeling of transcendence that brings a higher degree of fulfillment to all involved.

The next time you think you ought to have complete clarity on a situation, pause and ask someone on your team, “What do you think?” This simple question will help build trust with your team members and, in the long run, will likely lead to better outcomes.

Sticking to old narratives and principles just because “that’s how it’s always been done” is the fastest route to obsolescence.

2. Good Leaders Focus on Being “Owners” Rather Than “Renters”

It’s been common practice over the last decade or so to talk about accountability in terms of “owners” versus “renters.” The analogy goes something like this: Every person has the mindset of owning or renting his or her job. Renters take the viewpoint that they’ll work the role they’re supposed to, do a decent enough job to avoid repercussions, and go home at the end of the day feeling OK about it. They won’t, however, typically look for ways to go above and beyond their job description, nor will they try to add value to it. When a problem occurs, they’ll call in the landlord to fix it. Owners, on the other hand, take pride in their jobs, regularly go above and beyond what’s required of them, and seek to add value to their roles. When things go wrong, they fix it themselves.

The message has been to look for owners in the hiring process, reward ownership behaviors and create an ownership culture. This analogy has proven helpful over the years, but it’s starting to hinder progress, because the premise is that as long as employees own their role, they don’t have to care about what anybody else does.

That’s not to say leaders shouldn’t have a deep desire to take ownership over their individual efforts, actions, behaviors and results. It’s just that ownership is no longer sufficient. A leader’s success as an individual shouldn’t outweigh the success of his or her team. It doesn’t matter if you score 12 goals if the team lets in 13.

Move toward talking about collective responsibility — the belief that individual achievement is important but not at the expense of the team’s shared goals. Unless you operate as a maverick individual contributor with limited or no interaction with another person, your focus should be on helping the team succeed.

3. Good Leaders Leave Their Emotions at the Door

When was the last time someone told you to leave your emotions at the door or not bring your feelings to the workplace because “it’s just business”? How patronizing and degrading! What is business, after all, but a collection of humans coming together to try to achieve something? And what are humans but a collection of thoughts and emotions that translate into actions?

The perspective that leaders should leave their emotions behind and be completely objective is problematic for two reasons. First of all, working through their emotions can help leaders develop more creative solutions to problems. By not addressing emotions, they may be walking away from a great outcome. Secondly, this traditional perspective instills a culture of fear. If people don’t feel comfortable bringing their whole selves to work, they can’t put forth all their effort to make the organization successful.

In summary, hold on to the universal truths of leadership, as long as they continue to bring value to your team and organization, but don’t hesitate to weed out models or philosophies that no longer cut it!

By not addressing emotions, leaders may be walking away from a great outcome. 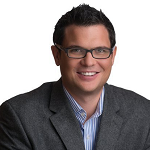 Dave McKeown is the author of “The Self-Evolved Leader: Elevate your focus and develop your people in a world that refuses to slow down” and chief executive officer of Outfield Leadership. He works with individuals and teams to deliver a culture of leadership excellence.