In recent years, we have witnessed significant improvements in gender equality in the workplace. The gender pay gap is shrinking; many companies are implementing sponsorship programs to help women reach executive positions; and as of July 2019, there is now a woman on the board of every S&P 500 company.

Despite this progress, there is still a long way to go. One of the biggest barriers is second generation bias, a term coined by psychologist Faye Crosby to describe the unintentional bias women experience as a result of workplace cultures’ being established by men. It impacts everything from behavior in boardrooms to air conditioning temperatures (typically set to what is comfortable for men, not women).

Unlike blatant, intentional gender discrimination, second generation bias is subtle and pervasive. Many men — even those with the best intentions — are unaware that their behavior perpetuates a system that disadvantages their female colleagues. To address this unintentional bias, we need to foster intentional behaviors that create change. Here are strategies, informed by clinical psychology, that both men and women can put it into practice every day to create a more equal working environment.

Rethink What You Value

Second generation bias is, perhaps, most apparent in the traits and behaviors we celebrate in the workplace. Those traits are, unsurprisingly, typically considered masculine. Confidence and negotiation prowess are perfect examples of traits and skills that women are often accused of lacking when compared to their male counterparts.

In reality, however, research shows that women match their male counterparts on confidence and negotiation but are perceived differently due to gender. Often, we reject in women the traits we celebrate in men, as they conflict with our implicit biases around gender roles. In a study of performance evaluations, for example, women were overwhelmingly penalized for displaying typically masculine characteristics.

If psychology has anything to teach us, it’s that we must challenge our preconceived beliefs. Albert Ellis, who influenced the development of cognitive behavioral therapy, proposed that we all hold beliefs about ourselves and the world we live in. The changing nature of the workplace means that we must all challenge the beliefs that we hold about what makes someone successful in the workplace.

We must all challenge the beliefs that we hold about what makes someone successful in the workplace.

Instead of holding everyone to the same standard, which has been largely influenced by a gendered lens, we must try to see individuals and the qualities and the strengths they bring to the organization. This approach means that everyone has more of an opportunity to start in an equal position. As an individual, you can identify your strengths and work to accentuate them. As a manager, you can help your team members do the same. You can also be mindful of the feedback that you give employees and ensure that it isn’t influenced by preconceived beliefs.

The simplest concepts are typically most effective, and listening is one example. Unfortunately, research by Catherine H. Tinsley and Robin J. Ely found that women are more likely to be ignored, spoken over or criticized in meetings.

Listening is the foundation of any therapeutic relationship, as it empowers the client and creates a space for awareness. Listening isn’t simply waiting for your turn to talk; it’s about giving your full attention to the person who’s speaking. Notice how much you’re talking versus listening, especially to your co-workers. If you’re speaking for more than half of a conversation, you’re not giving others an equal opportunity to be heard.

We all share responsibility when it comes to ensuring that everyone has an equal voice. As a manager, you can create an environment where all voices have the opportunity to speak, and as an individual, you can take the initiative to speak up if you aren’t being heard.

We all share responsibility when it comes to ensuring that everyone has an equal voice.

Tinsley and Ely found that women are twice as likely to be interrupted while talking, and what’s more, it’s often not until a man repeats a woman’s idea that others truly hear it.

If you’ve ever seen a psychologist, you’ve probably noticed that he or she rarely interrupted you. Interrupting someone is an invalidating experience that sends a signal that what the other person is saying isn’t important or valuable. Unfortunately, we often accidentally send that message to people.

If you notice an interruption, direct the conversation back to the person who was speaking, and ask them to finish their point. This technique has the immediate effect of ensuring their voice is heard, but it doubles as a social cue that interruptions are unhelpful and inappropriate. As a meeting participant, be more conscious of your own patterns of behavior. Resist the urge to interrupt another person; there’s rarely a legitimate reason to do so. If you catch yourself slipping into this behavior, own and acknowledge the interruption before apologizing and directing the focus back to the person you interrupted.

Roll With the Resistance

You will undoubtedly encounter people who are resistant to adapting to changing gender dynamics. The more you persuade them with passionate conviction, the more likely they are to dismiss or rebel against you. To reduce polarization, when you meet someone who isn’t on board the gender equality train, try rolling with his or her resistance.

When you meet someone who isn’t on board with gender equality, try rolling with his or her resistance.

This approach comes from a therapeutic technique called motivational interviewing, which clinical psychologists use to help create behavior change in people who are ambivalent. It is commonly used to help people with addiction feel more ready for change and, when coupled with other therapy, is 75% more effective than simply giving advice.

The next time you encounter someone who dismisses or denies a gender issue, try listening to what they say and reflecting it back without judgment, being mindful of your tone of voice. Dolly Chugh, author of “The Person You Mean to Be: How Good People Fight Bias,” suggests assuming that half of what someone else is saying is true, which helps you to connect with positive intent. Acknowledge the position the other person is in, and then emphasize personal choice and control. Communicate that you hear them, and that the choice is up to them. They can change by adapting their beliefs and behavior to reduce gender bias, or they can choose not to. People will typically feel surprised by such a reaction. While you shouldn’t expect an immediate change, you’ll notice gradual differences over time.

Given the complex nature of navigating the gender divide, we must approach it with patience and accept that people will make mistakes. One thing that will help is the knowledge that all humans want to be better. We must support each other to reach a place where we appreciate each other’s differences and advocate for each other.

We must support each other to reach a place where we appreciate each other’s differences and advocate for each other. 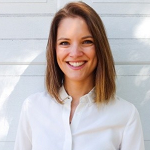 Dr. Kassandra Gratwick-Sarll is a solutions designer at Mind Gym who specializes in designing scalable, research-based learning solutions for notable Fortune 500 companies that enable individuals to thrive both personally and professionally.

How to Combat DEI Fatigue to Continue Driving Meaningful Change