As the world begins its transition to a “new normal” and employees anticipate a return to the workplace, the need to foster psychological safety among teams is more critical than ever before — along with the importance of doing it right.

While the use of technology has drastically restructured our personal and professional interactions over the past year, the human biological need for acceptance and inclusion hasn’t budged an inch for eons. Teams across all sectors are suffering from increased levels of burnout, Zoom fatigue and the return-to-work anxiety that accompanies the process of navigating the way forward. Without mindful implementation of research-based strategies, companies will face high levels of employee attrition, especially among their top talent.

Dr. Amy Edmondson, a professor and researcher at the Harvard Business School, identifies psychological safety as the single most impactful aspect of workplace culture. She defines it as “a sense of confidence that the team will not embarrass, reject, or punish someone for speaking up”; “the shared belief that the team is safe for interpersonal risk taking”; and “a team climate characterized by interpersonal trust and mutual respect in which people are comfortable being themselves.”

Exclusion is painful, both physiologically and psychologically. Researchers from universities such as Purdue University and The Citadel and the University of California, Los Angeles (UCLA) have found that feelings of exclusion light up the same areas of the brain as physical pain. Similarly, when the part of the brain that processes social status senses that an individual is at risk of being excluded or marginalized by their group, the fight-or-flight response of the amygdala takes over, blocking their access to higher-order thinking. Not only does process this inhibit interaction with skills like logical analysis, creativity and innovation, but, when it happens across the workforce, it also increases the risk of a major decline in employee engagement and productivity.

In this sense, it’s not enough for organizations to simply hope to avoid exclusion. Rather, they must take concrete steps to actively create inclusion and belonging. Managers need to be trained in how to create psychological safety, and leaders need to provide all employees with the knowledge and tools to not only combat bias but to create an inclusive workplace.

In a study by Dr. Edmondson on team effectiveness, researchers found that the highest-performing teams have an above-average rate of reporting mistakes and errors. After all, when people feel safe enough to mention their errors, they are able to hold themselves accountable while helping the rest of the group benefit from the learning experience. When teams acknowledge errors early, they can address and fix them rather than ignore them, letting them fester into bigger problems later.

One study by VitalSmarts suggests that only 1% of employees feel “extremely confident in voicing their concerns in crucial moments.” Amid a nationwide return to work, the culture surrounding open communication (or lack thereof) is one that we must address. By framing failures as the powerful source of information and learning insight that they are, leaders can foster an environment of psychological safety (and team success) by combating “shame and blame” tactics that shut people (and the organization’s potential) down. Think of the word “fail” as an acronym for “first attempt in learning.

Psychological safety is a key differentiator between the best teams and the rest.

To increase the likelihood that people will feel safe enough to take risks and make mistakes, it’s important that leaders don’t shoot the messenger. Responding in this way will keep people from coming forward in the future. Instead, leaders should reward them for the courage it took to speak up by saying things like, “Thank you for sharing that” and, “I really appreciate your input” and, “I’m so grateful you brought that to my attention.” These responses help all the vital information and perspectives come to the surface, where the team can address them instead of suppressing them.

The outcome of conversations regarding return-to-work stressors, threats to employee productivity and the general experience of increased anxiety can have vital ramifications for the psychological safety of all team members. To address this challenge, leaders need to make sure employees feel supported in their capacity to voice concerns and ask questions, as well as to reflect on any mistakes or mishandlings that may occur over the course of this transition.

Psychological safety doesn’t just mean the absence of intimidation or harassment. It’s what creates the climate for individuals to do their best work. In fact, studies indicate that psychological safety can be significantly more important for team success than any other factor, including both quality and performance of the individual members. Creating this psychological safety includes extending empathy, practicing vulnerability and other facets of emotional intelligence, in addition to putting methods into place that ensure that leaders seek and listen to input from each person.

Team members need to know how to ask the kinds of questions that safely broaden and deepen conversation. Their leaders, then, should learn how to counterbalance the barrier that power and hierarchy create by facilitating these discussions. Questions and guided feedback such as “What do others think?”, “What are we missing?” or “What might happen if we do XYZ?” should be best practice.

We are at a time when the world’s workforce is more exhausted and burned out than ever before. The return to in-person work is going to be stressful, and psychological safety is crucial for it to go as smoothly as possible. Leaders have a once-in-a-lifetime opportunity to use this time to both revise and reform their workplace culture. The ones who do will reap benefits for decades to come.

Exclusion is painful, both physiologically and psychologically. 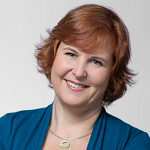 Dr. Britt Andreatta is an internationally recognized thought leader who creates brain science-based solutions for today’s challenges and has published several books on the brain science of success, including “Wired to Resist: The Brain Science of Why Change Fails and a New Model for Driving Success.” As the former chief learning officer for Lynda.com (now LinkedIn Learning), Britt is a seasoned professional with more than 25 years of experience.