In the wake of #MeToo and a wave of sexual harassment claims, men are asking, “What’s OK now?” “How do I protect myself?” “Am I making my female colleagues uncomfortable?” Some are asking out of fear of reprisal, but many are asking because they are now aware of the challenges that women face in the workplace and genuinely want to help. The time is ripe for new training programs to meet this need.

Training about such delicate topics as interactions among people in the workplace has not always gone well. Sexual harassment training, in particular, has been heavily criticized for its focus on legal aspects and “check the box” compliance. Faced year after year with a boring slideshow to slog through online, employees have found ways to shortcut the tedium and “pass” the exam at the end without having to absorb the training content, such as it was. In 2016, the EEOC’s report on sexual harassment acknowledged that a decade of training had failed to reduce the number of claims filed. Starbucks’ recent highly publicized anti-bias training was met with mixed reactions, with some experts claiming that the training was unscientific and some employees saying that the training lacked substance and was hard to implement.

Nevertheless, there are takeaways to serve as guides in the development of an effective training program. According to the EEOC, a large-scale survey of federal employees indicated that over time, following training, men were more aware that unwanted sexual behavior can be considered harassment – in other words, the training was successful in raising awareness. Similarly, some white Starbucks employees reported that the training was eye-opening in that they had not previously imagined what African-Americans experience on a day-to-day basis.

Diversity training has faced its own controversies. Harvard Business Review has published articles claiming both that it works and that it backfires. Again, there are hints about what would contribute to an effective program. Labeling people and dividing them into categories appears to reinforce stereotypes. Targeting awareness seems to be a more realistic goal. Emphasizing legal compliance or the threat of lawsuits, unsurprisingly, is met with a negative reaction.

A new, better approach to gender diversity training would carefully consider what research is available and would add in a dose of common sense and humanity. Men are asking for guidance, which offers a rare opportunity to answer a need instead of imposing training on a recalcitrant audience. Given the current climate, common sense dictates that employees should be involved in designing the training to understand what would be most helpful to them.

To avoid common pitfalls, rather than focusing on bias and discrimination, with their inherent “gotcha” overtones, training should encourage employees to learn about each other as individuals and appreciate new perspectives. Organizations must take care not to pit groups against each other, increasing resentment instead of sensitivity. The spirit behind good training must be one of learning and working together to create a welcoming environment, not pointing fingers and guilt-tripping those who happen to find themselves in the majority.

Finally, encouraging a culture of community and communication will produce better results over time than a mandatory one-off session. Strong teams build robust, trusting work relationships that can withstand a misstep or two. A celebration of diversity should be a day-to-day phenomenon with occasional tuning, not an imposition of political correctness from an external force.

The past year has given rise to reports of terrible treatment that women have suffered at the hands of men in the workplace. Nevertheless, it has been possible for professional men and women to develop excellent collegial relationships over the past five decades. Now that the problem has been identified, we can mount training efforts to encourage more of the second and snuff out the first. Despite the pain and vitriol that have been exposed, men and women still can work productively together, really enjoy each other’s company and develop collegial relationships that last a lifetime.

Men and women still can work productively together and develop collegial relationships that last a lifetime. 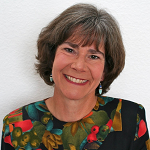 Jennifer K. Crittenden worked for over 20 years in the U.S. and abroad, rising from financial analyst to chief financial officer. She is the author of four books, including “What’s a Guy to Do? How to Work with Women” and the award-winning “Discreet Guide for Executive Women.” She offers professional development programs through her company The Discreet Guide®.

“A” is For Action: 3 Tips for Successful Allyship Training

5App Announces Partnership with D&I Content Specialist, All of Us