The day after Martin Luther King Jr. was assassinated, Jane Elliot, a third-grade teacher from Iowa, asked her students, “Do you want to know what it’s like to be discriminated against?”

They said they did, which led to the historic Brown Eyes, Blue Eyes exercise. For two days, she treated students differently based on their eye color. For two days, depending on the color of their eyes, students were segregated and made to feel as if they didn’t matter.

Afterward, Elliot asked them to reflect on the experience. When they turned in their essays, she found that her students — mostly white children from rural Iowa — had written poignant, deeply personal reflections on the psychological effects of a caste system.

Elliot’s experiment taught the world a lot about empathy as a teaching mechanism. It showed that the most effective way to understand a deeply human and painful experience is to go through it yourself.

More than 50 years later, what does the experiment mean for corporate learning? This type of exercise wouldn’t work in most business settings, but diversity and inclusion initiatives could do better at building strong personal connections between leaders and helping people understand the experience of exclusion.

Here is where virtual reality (VR) can come into play, especially as organizations become more serious about diversity and inclusion efforts. This technology isn’t just for gaming; it can help leaders benefit from Elliot’s pedagogical method using emotional, immersive experiences to generate empathy.

What Does VR Do?

The human brain processes VR experiences like real-life experiences, because virtual reality is designed to help the brain learn by doing. It enables users to make decisions that directly impact what happens around them, while creating an emotional response in a safe space.

According to one case study by VR training company Strivr, virtual reality learning experiences can increase retention, while decreasing training time by about 86 percent. A course that typically took three hours to complete in person only took 25 minutes in a virtual reality setting, and VR participants’ assessment scores were as good as the scores of traditional learners. In addition, DDI research has found that learners rate VR learning experiences highly in their ability to generate empathy.

The power of virtual reality to generate empathy and enhance inclusion outcomes is clear.

How Does It Impact Learners?

In one organization, a VR environment made leaders feel marginalized, excluded and undervalued. For those learners who have never experienced exclusion before, the experience was eye-opening. The simulated exclusion aroused powerful emotional and physical responses, which can be revelatory.

In one simulation, a participant became so upset he wanted to flip over the table in virtual reality. As a reaction to the unfairness he was experiencing, his heart raced, and his face became hot. The man, who was a white chief executive officer, said he had never experienced the ugly side of exclusion due to his identity and position of power. When he took off the VR headset, he gained a new level of personal understanding.

For individuals who have experienced exclusion before, the experience is refreshing and validating, because it lets them know they are not alone in experiences of exclusion.

Most corporate diversity and inclusion training programs focus on the concepts of exclusion or rely on members of historically excluded groups to educate their more privileged peers. They focus on the personal impact of exclusion by asking marginalized employees to share deeply personal and often painful experiences.

But research shows that this type of training, which relies on emotional labor, can do more harm than good. This responsibility of reliving and recounting, with the regulated emotional disclosure required in the workplace, can actually trigger post-traumatic stress disorder (PTSD) symptoms for already marginalized employees. In addition, their experiences are often met with disbelief or skepticism, which can cause further frustration as they feel like they need to “prove” their experience.

Meanwhile, sessions that leverage virtual reality rely on the simulation to carry this responsibility. It’s a fairer approach and usually inspires employees to share their personal experiences with exclusion — without the unfair expectation to do so.

The power of virtual reality to generate empathy and enhance inclusion outcomes is clear, but it’s important to note that virtual reality by itself is not enough. While it expands the possibilities and efficacy of training, it’s still not a silver bullet or a one-and-done solution. It needs to be preceded by thoughtful discussions and planning about how to use it; desired outcomes; and any supplemental content, such as team discussions, to include in the program. Typically, a facilitated session immediately after simulations works well to create space for dialogue that deepens understanding and sparks actionable commitment.

The impact of any learning and development experience comes down to how individuals implement what they’ve learned. And when it comes to diversity and inclusion, the impacts can have a profound impact on an organization’s culture and bottom line.

DDI’s 2020 inclusion report found that diversity has a greater impact on financial performance than any other organizational demographic. For example, companies with above-average diversity (at least 30% of their leadership roles held by women and 20% by people from traditionally underrepresented racial and ethnic backgrounds) are eight times more likely to be in the top 10% of organizations for financial performance. Also, more than one-third of companies labeled “best places to work” make inclusion and diversity a strong component of their work culture and values.

Maybe Jane Elliot was onto something in her third-grade classroom. Sure, we can talk about being marginalized or discriminated against. But until we know what it feels like, how can we truly understand what others are going through?

VR now gives us that opportunity.

Until we know what it feels like, how can we truly understand what others are going through? 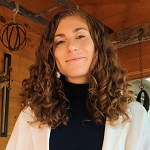 Bitwise Industries Secures $50M to Rebuild the American Workforce in a Diverse, Equitable and Inclusive Manner